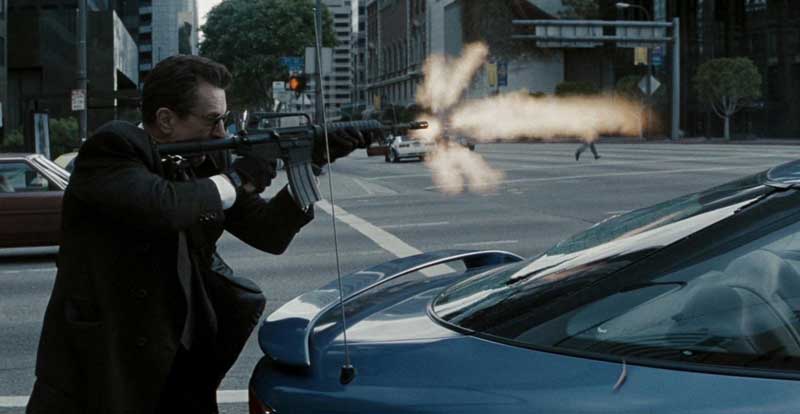 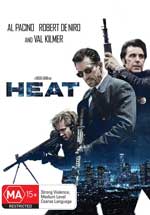 Heist movies are crime dramas in which professional criminals plan and execute a clever, audacious but ultimately unsuccessful robbery. The gang either have a fatal falling out or make a mistake that inevitably leads to their arrest, or more often their demise. One of the most thrilling heist films to come out of Hollywood was Michael Mann‘s almost three-hour epic, Heat (1995).

Mann‘s film originated as the 1989 TV movie L.A. Takedown, which was a proposed pilot for a television police series that never materialised. Mann got the basic story for his TV film from an ex-policeman friend who told him about a chance meeting he‘d had, over a cup of coffee, with an ex-Alcatraz inmate who was a career thief.

While establishing an immediate rapport and respect for each others professionalism, they both verbally acknowledged that, if necessary, they would not hesitate to kill the other in a showdown. Some months later, the cop was called to an armed robbery taking place in a Chicago supermarket and saw that very same thief exiting the store. The thief raised his gun, which misfired, and the unhesitating cop shot him dead.

Due to severe budget and time restrictions, Mann was only able to produce a standard television film in the style of his popular Miami Vice TV series. However, Takedown served as a blueprint for the more expansively developed Heat, featuring the same characters and a similar plot. Al Pacino and Robert De Niro, who were Mann‘s first choice, signed on for the roles of detective Vincent Hanna and professional thief Neil McCauley, respectively. 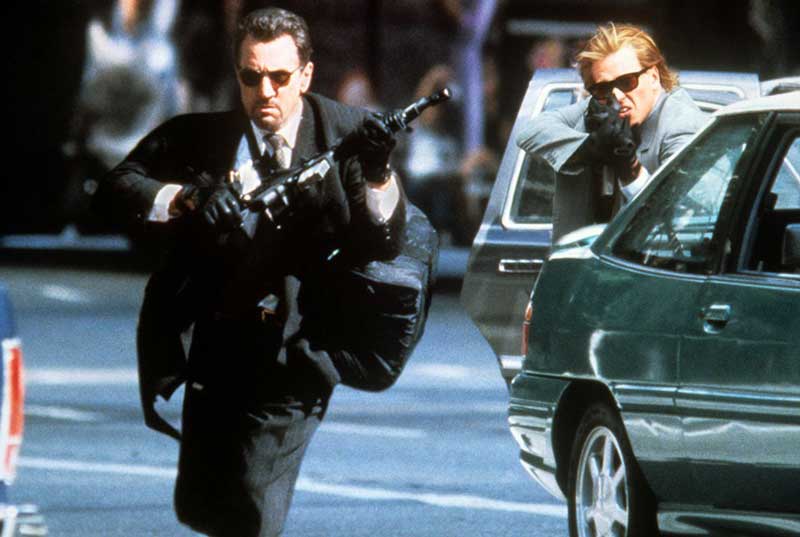 Heat begins with a tense scene of an armoured car robbery carried out by McCauley and his crew. But the robbery goes disastrously wrong, precipitated by the actions of a psycho, who having joined the crew for just this one robbery, executes one of the guards. The gang then shoot the other two guards to leave no witnesses.

Hannah and his LAPD team investigating the robbery and homicide eventually identify McCauley‘s crew through an ex-con informer, and place them all under close surveillance. McCauley knows that the police are watching his every move but decides to go ahead with one final heist before leaving the US for a new life in New Zealand.

Angst-ridden and volatile, Hanna becomes obsessed with the case, which helps him escape the reality of his failing third marriage. Disciplined master thief McCauley, however, lives by the axiom of not getting attached to anything that he is not willing to walk out on in 30 seconds flat if he feels the heat around the corner. 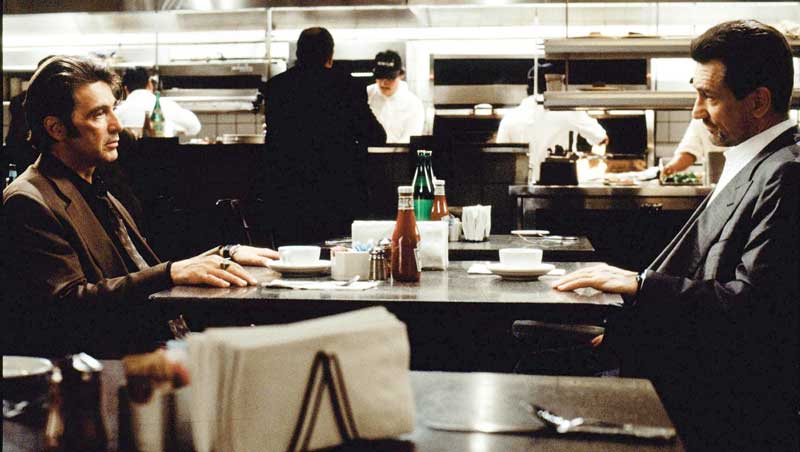 Both cop and crook are temperamental opposites but in fact are joined together by their professionalism and mutual admiration. Both are driven and violent men, good at what they do and unable to imagine doing anything else. This is specifically highlighted in the now celebrated diner scene, when Hannah invites McCauley to have a cup of coffee with him (the first time Pacino and De Niro shared the screen together, delivering a masterclass in acting). McCauley and his crew‘s decision to carry out their final bank heist leads to a mind-blowing urban gun battle in downtown LA that ranks amongst the best action scenes ever filmed.

Heat is primarily driven by the characters and their private lives rather than strictly by the plot. Subsequently, Mann was able to draw compelling performances from both of his stars and a strong supporting cast that includes Tom Sizemore, Val Kilmer, Ashley Judd and Jon Voight. Over 25 years the film has continued to grow in stature, with a vast number of film critics now simply describing it as “the greatest cops and robbers movie ever made”.

Test your movie knowledge with Bob J’s Film Buff Bafflers for your chance to win a  $100 JB Hi-Fi voucher. 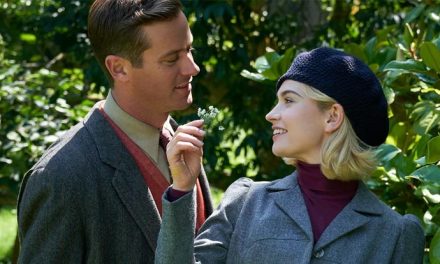 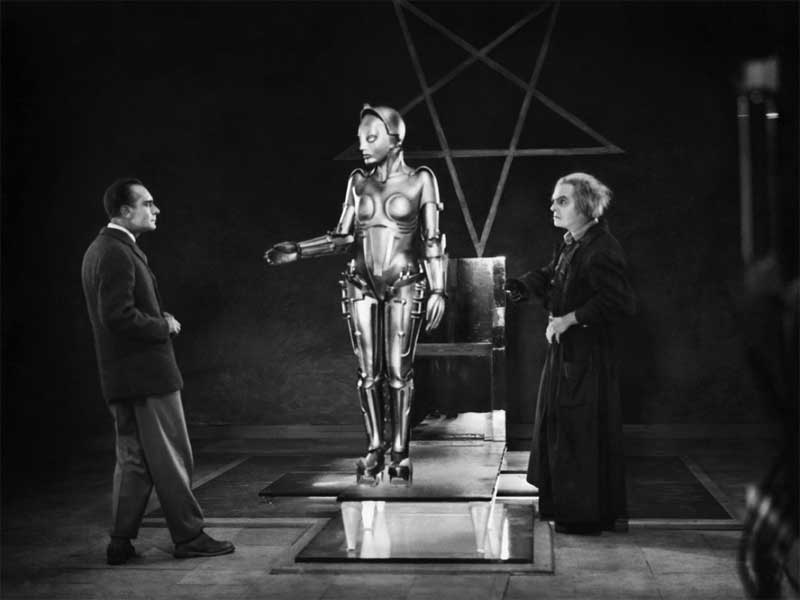 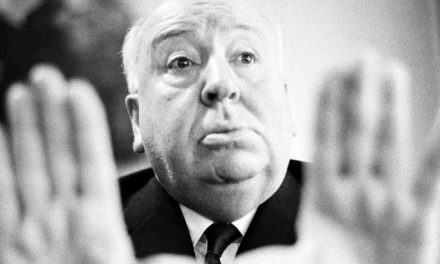 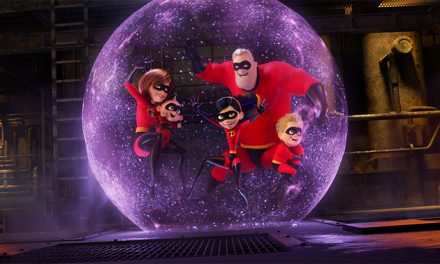