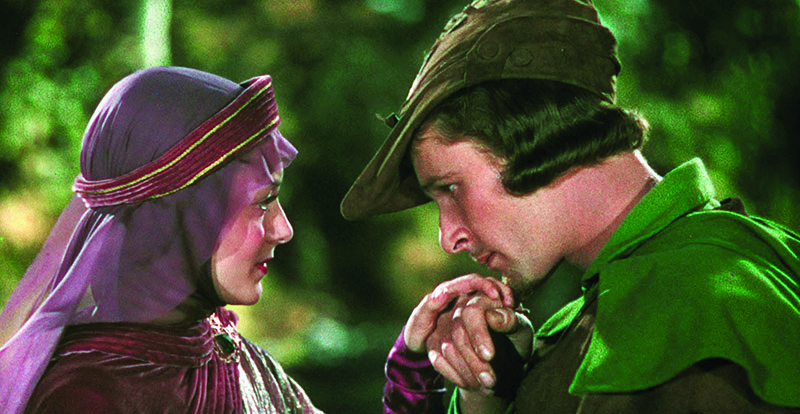 The legend of Robin Hood, a noble English outlaw and a champion of the poor who fought against the forces of tyranny and injustice, has been passed down through the centuries. 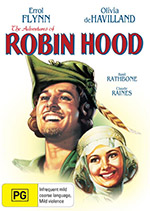 Was there a historical figure behind the legend? Probably not. The western cultural myth of Robin and his Merry Men was no more than a voice of Saxon peasants in social protest – through songs and ballads – against the landowning gentry, the majority of whom were descendants of the Norman invaders. In 13th century England, the name “Robehod” was applied to any man who had been outlawed and was simply a generic name for outlaws, of which there were many. Therefore, the true identity of Robin Hood – if indeed he did exist – has probably been obscured by myth and legend. 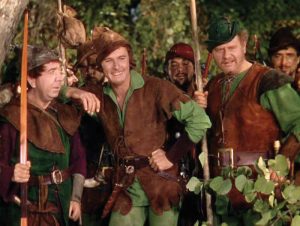 Nevertheless, the medieval legends of Robin Hood have furnished Hollywood with an abundance of material for almost a hundred years. A number of short silent films about the noble brigand were produced in the early 1900s but it was the 1922 Douglas Fairbanks silent version, directed by Alan Dwan, that set the cinema archetype. Almost nothing of the legend appears in this version and although the characters, Little John, Friar Tuck, Will Scarlett, the fair Maid Marian, and other familiar figures appear, they are all relatively unimportant roles. The accent of the film was on the chivalrous deeds of Robin Hood and the incredible acrobatic skills of Fairbanks. However, Douglas Fairbanks as Robin Hood,which cost $1.4 million, a colossal sum for a silent film, was unique in every respect and a major box-office winner. But the definitive and most enduring cinematic image of Robin Hood came sixteen years later in the Warner Bros. production The Adventures of Robin Hood (1938), starring the dashing Errol Flynn.

In 1935, Warner Bros. decided to bring Robin Hood back to the screen with a brand-new storyline. James Cagney was announced for the lead role, but the tough guy actor became embroiled in a bitter contract dispute with studio head Jack Warner that led to him being suspended. Subsequently, the Robin Hood project was shelved. That same year a 25-year-old Tasmanian actor by the name of Errol Flynn was contracted to the Warner studios. He was at the time just a young hopeful contract player whose first appearance for the studio was playing a corpse, followed by a few more undistinguished minor roles. But when actor Robert Donat unexpectedly dropped out of the starring role of Captain Blood (1935) two days before filming was due to start, the virtually unknown Flynn was hastily cast in the lead role. The film opened in December 1935 to excellent reviews and the public, too, immediately took to the handsome, athletic Flynn and his beautiful co-star, Olivia de Havilland, making the movie a box office hit.

Warner’s now found to their complete surprise that they had a first-rate swashbuckling actor under contract. The studio cast him in two more “swashbuckler” productions, The Charge of the Light Brigade (1936) and The Prince and the Pauper (1937), which both proved popular with moviegoers.

As a consequence, when it was decided to resurrect the Robin Hood film, there was now only one actor on the Warner lot for the lead role – Errol Flynn.

With a fine screenplay based upon the ancient Robin Hood legends and Sir Walter Scott’s historical novel, Ivanhoe, it was decided by the executive producer, Hal B. Wallis, to film it in three strip Technicolor, making it at the time the most expensive film made by Warner Bros. Wallis assigned William Keighley, who had delivered for the studio a number of impressive gangster films, to direct the prestigious Technicolor epic. But following several weeks of shooting, the studio executive, after viewing Keighley’s daily rushes, considered there to be a too light-hearted approach to the material and a lack of input in his action scenes. The overall tone as a robust adventure film was missing and the production was falling well behind schedule.

A concerned Wallis made a command decision and replaced Keighley with Michael Curtiz, but allowed Keighley to receive a co-director credit. Curtiz, who had directed both Captain Blood and The Charge of the Light Brigade, immediately brought the scope and action the production needed. This resulted in a film that has been described as one of the best examples of the classic studio system working at its peak. 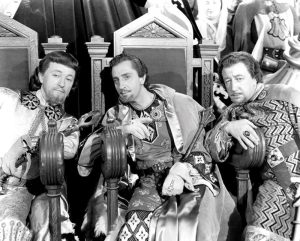 The Villains: Claude Rains as Prince John, Basil Rathbone as Gisbourne and Melville Cooper as the Sheriff of Nottingham

Flynn’s character is presented as the Saxon knight, Sir Robin of Locksley, who is incensed at the evil doings of Prince John (played in an effete way by Claude Rains) and his Norman barons, while King Richard is being held for ransom in Austria after his departure from the Third Crusade in Palestine. Robin becomes an outlaw with his band of followers in Sherwood Forest to thwart Prince John and his minions, who are collecting crippling taxes from the poor Saxon peasants. Many of the famous incidents of the legend are now presented on screen for the first time: The bout with quarterstaffs between Robin and Little John on a log spanning a stream (Alan Hale as Little John also played the same character in the Fairbanks version); Robin forcing the Friar Tuck (Eugene Pallette) to piggyback him across a river; the archery tournament wherein a disguised Robin splits his opponent’s arrow to win the contest; a captured Robin is rescued from hanging by his merry men; Robin and Prince John’s chief conspirator, Sir Guy of Gisbourne (brilliantly portrayed by Basil Rathbone) become rivals for the hand of Lady Marian (Olivia de Havilland); the return of King Richard (Ian Hunter), who with Robin’s help thwarts the coronation of Prince John – who has officially declared the absent Richard dead; and concluding with an exciting battle royal set inside the Great Hall of Nottingham Castle.

The film was a boon for the WB stuntmen. In addition to the fights with weapons, there is leaping from trees during the attack on the treasure caravan, vine swinging, spectacular high falls and arrows plunging into padded chests and backs (the studio paid $150 per shot to stuntmen and extras for letting famed bowman Howard Hill hit them with arrows). Although both Flynn and Rathbone did most of their own duelling and other action stunts, Flynn was doubled on his leap – with his hands tied behind his back – from the gallows onto a horse. Also, his swinging ride up to cut the rope to the top of the Nottingham Gate was executed by stuntman Fred Graham. Emphasis on all the stunts was in part a homage paid to the Douglas Fairbanks heritage. The final exciting duel between Robin and Gisbourne covered a remarkable area during the course of the action. Hero and villain fight their way down a winding staircase, casting huge shadows of the combatants onto the castle walls. Both actors looked first-rate with a sword, making their duel one of the most authentic sword fights on film. Erich Wolfgang Korngold’s, masterful score, rich with brass and percussive effects, considerably aided the duelling scenes. Furthermore, his entire award-winning score remains one of the most perfect examples of blending film image and music. (Korngold and his contemporary, Max Steiner, have come to be considered retrospectively as founding fathers of orchestral film music.)

The Adventures of Robin Hood was released in May 1938 and became an immediate worldwide smash hit, making it, at the time, Warner Bros.’ biggest money-making production. It also received four Academy Award nominations – winning three of them for Best Original Music Score, Best Film Editing and Best Art Direction. The eye-popping colour when seen today is still extraordinary and one of the best examples of the old three strip Technicolor process, which has been obsolete – due primarily to the huge unwieldly cameras – since the mid-1950s. Thanks to the subject matter, the film is timeless and still remains rollicking entertainment fused with romance, spectacle, pageantry, action, humour and the triumph of right over might. 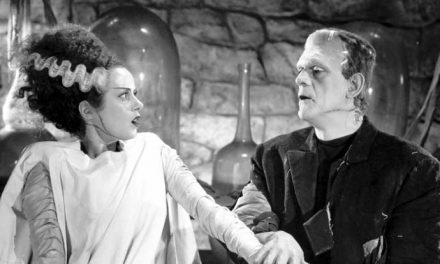 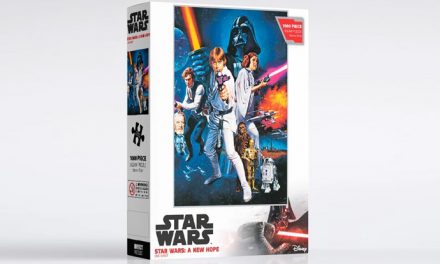 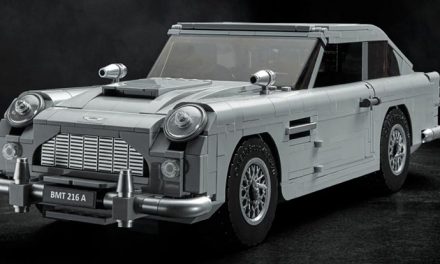 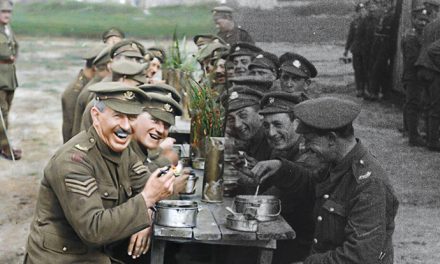