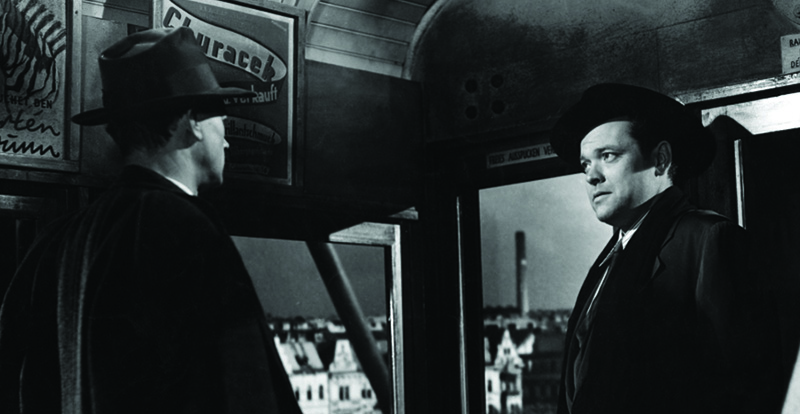 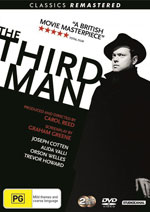 In the immediate aftermath of WWII, Austria, much like the Allied occupation of Germany, was divided into four zones, each administered by one of the four powers: the United States, Soviet Union, United Kingdom and France.

The capital city, Vienna, like Berlin, was similarly divided into four corresponding sectors. But it was decided that the centre of Vienna, the Innere Stadt, should be under joint quadripartite control. Consequently, each month a different power took command of the international force.
According to author, Graham Greene it was British film producer Alexander Korda who first had the idea to write a screenplay set against the background of this unusual variation of the four-power occupation of Vienna.

Korda had wanted Greene to collaborate a second time with director Carol Reed (uncle of actor Oliver Reed) following their successful partnership on The Fallen Idol (1948). Greene’s response to Korda’s original initiative was to forward him a sentence he had written several years previously: “I had paid my last farewell to Harry a week ago, when his coffin was lowered into the frozen February ground, so it was with incredulity that I saw him pass by, without a sign of recognition, among the host of strangers in the Strand” (the Strand is a London thoroughfare). Korda’s curt reply was “Go to Vienna and complete the story”. 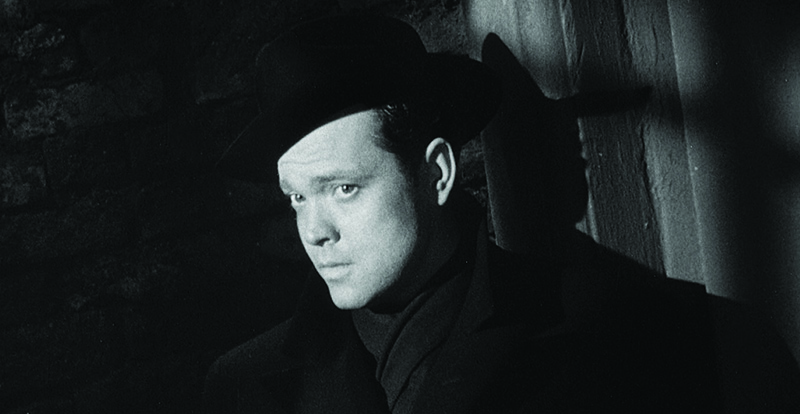 Greene recalled that the Austrian capital was “bombed about a bit” when he stayed for two weeks undertaking research to develop his story, but nothing came to him. Then, just before he was due to leave, he had lunch with a British intelligence officer who he knew from his war years. (Greene worked for MI6 during the war and had reported directly to Kim Philby, who some years later would be revealed as a Soviet spy.) During their conversation, the officer told him about the “Underground Police” who patrolled the city’s enormous system of sewers, hunting down black-marketeers who traded in adulterated penicillin. Finally, Greene had the basis of his story, which he wrote first as a novella and then adapted it into a screenplay.

The Third Man is a classic European film noir thriller about corruption, betrayal and murder.

It centres on Holly Martins, an American writer of pulp westerns who arrives in post-war Vienna after receiving a job offer from his oldest friend, Harry Lime. But he is stunned when he learns that Lime has been killed by a speeding truck whilst crossing the street outside of his apartment and is to be buried that day. Arriving at the cemetery, he watches a coffin being lowered into the ground and asks a British army officer, who is casually watching, who the departed was. The officer, Major Calloway, replies: “A fellow called Lime”. When Martins explains that he was a friend of Harry’s, Calloway, who is head of the British Army Police, bluntly tells him that Lime was an evil man and advises the American to go back home.

Later that day Martins meets up with “Baron” Kurtz, a friend of Lime’s, who tells him that he and another man, Popescue carried Harry’s body to the side of the road after the accident. Martins learns that Lime had a mistress, a stage actress named Anna Schmidt. He goes to see Anna, who suggests Harry’s death was not an accident and together they question the porter at Lime’s apartment block. He tells them that the two men were not alone in moving Harry’s body, for they were accompanied by a mysterious “third man” who nobody appears able to identify. Later that evening the porter is found murdered.

Intrigued with the inconsistencies of his friend’s death and the porter’s murder, Martins demands that Major Calloway thoroughly investigate Lime’s so-called accidental death. A sardonic Calloway now tells him that Lime was a vicious criminal who stole and diluted penicillin then sold it on the black-market, which had resulted in the death of many sick children in the grip of an outbreak of bacterial meningitis. Driven by his loyalty to Lime, Martins refuses to believe Calloway and, furthermore, is determined to seek evidence to clear his friend’s name and explain his suspicious death. But that night as he walks back to his hotel, a beam of light from an upstairs window briefly illuminates a man’s face standing in a darkened doorway across the street. A totally astonished Holly recognises the face, it’s his friend – Harry Lime.

Filming on location in Vienna, Carol Reed made full use of depicting a city and its inhabitants that had been battered and impoverished by war. The harsh lighting casting giant nocturnal shadows on walls and in the tunnels of the underground sewers; the expressionist b/w cinematography with a multitude of oblique camera angles suggests a world out of joint, which at the time it seemed to be.

Reed’s film has often been compared to Casablanca (1942), but that movie reflected the hope of victory, whereas The Third Man reflects the beginning of the Cold War and all the paranoia that would follow.

The superb casting of the main characters also makes the film memorable. Joseph Cotton as the loyal and bewildered friend. Holly Martins, whose amateur detection gradually leads the viewer through the plot. The mournful beauty of Alida Valli as Harry’s despondent mistress, Anna, who clings to his memory and cannot shed herself of her grief. Trevor Howard, as Major Calloway, who although blunt and dour, is a deeply humane man who despises Lime and the suffering he causes. And then there is the great Orson Welles as Harry Lime.

His character is mentioned or talked about in practically every scene, but Welles requested that he did not appear until two-thirds of way through the film. He understood the power of anticipation and the result was the greatest character entrance in the history of film. Welles’ charming villain Lime is also a veritable master of cynical self-interest, who has absolutely no regard for the suffering of others. When Holly and Lime finally meet face to face, they take a ride together on Vienna’s giant Ferris Wheel. To justify his nefarious medical fraud on Vienna’s unsuspecting public, the callous Lime says to Holly, “Don’t look so gloomy old man, after all it’s not really that awful – remember what the fellow said. In Italy, for thirty years under the Borgias, they had warfare, terror, murder, bloodshed – but they produced Michelangelo, Leonardo da Vinci and the Renaissance. In Switzerland they had brotherly love, five hundred years of democracy and peace, and what did that produce? The cuckoo clock!”

The egotistical Welles wrote this now famous anecdote himself to fill out his character and perhaps to ensure that audiences would forever remember his Harry Lime performance.

With its iconic zither theme – played throughout by the Austrian street musician, Anton Karas – and the breathtaking cinematography, for which Robert Krasker won an Academy Award, The Third Man transcends time – for when viewed today, it has the look of a modern graphic novel. 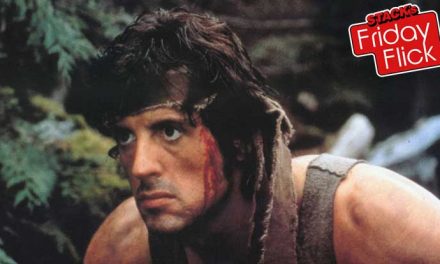 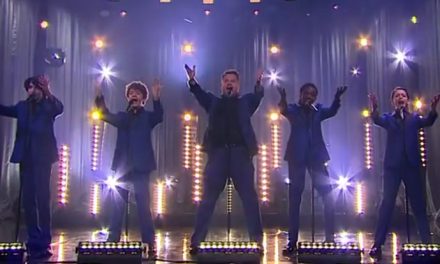 Stranger Things kids were once a boy band? 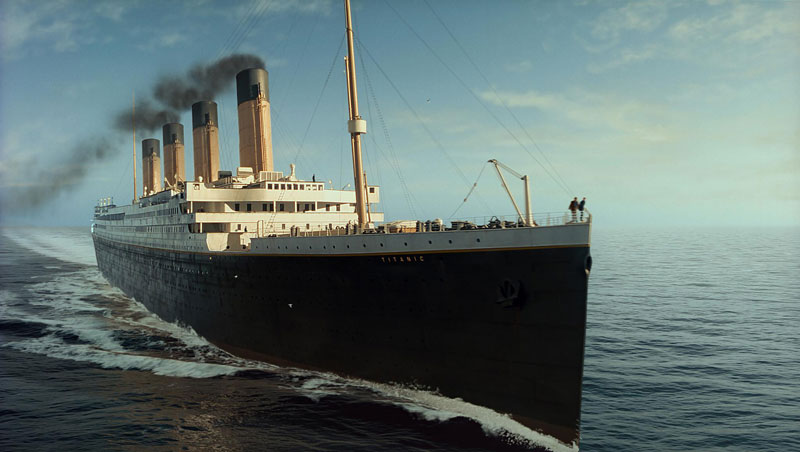