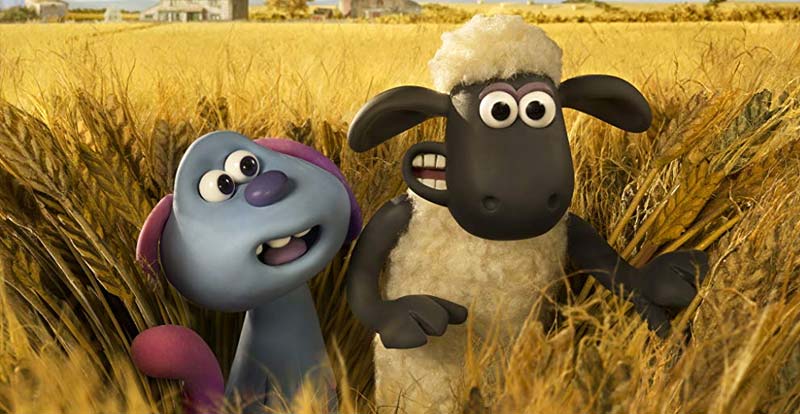 Aardman’s first stop-motion animated Shaun the Sheep movie was an absolute triumph. So, does its sequel, A Shaun the Sheep Movie: Farmageddon, manage to raise the… wait for it… baa?

Strange things are afoot in the town of Mossingham.

The arrival of a UFO, complete with alien inhabitant, has been witnessed. Meanwhile, after a spot of pizza mystery, Shaun the Sheep has an encounter with the interstellar visitor, who is named Lu-La. Both being mischievous types, the pair hit it off immediately.

While Shaun’s boss The Farmer looks to make a buck off alien fever by opening a shonky theme park on Mossy Bottom Farm, Shaun realises that Lu-La needs help, both to evade the hot-on-her-tail Ministry for Alien Detection (M.A.D.), and to get the youngster home to her family. 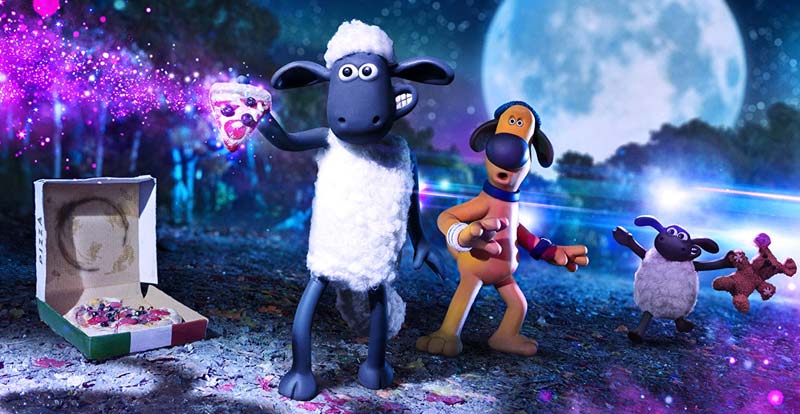 With its slapstick shenanigans and no reliance on dialogue, the first movie was a majestic tribute to the silent film era and the power of physical comedy. The same recipe has been consulted for Farmageddon, and has been bolstered by all manner of alien references.

From 2001: A Space Odyssey to Close Encounters of the Third Kind to Doctor Who, nods to several extra-terrestrial classics abound. While this is a great added bonus for older viewers, they all whiz way over the heads of the main target audience, kids. It just means a slightly less pure experience than the hard-act-to-follow first movie, which relied more on story beats that would be familiar to almost any younger viewer.

That being said, our test child who was in tow really enjoyed A Shaun the Sheep Movie: Farmageddon, but we did have to field a barrage of questions afterwards. Talk about a premature crash course in sci-fi!

Ultimately, with more exemplary animation, a bunch of upbeat songs (including a fab collaboration between The Vaccines and Kylie) and the pure joy delivered by superb, warm-hearted storytelling, Aardman have crafted yet another flocking gem. 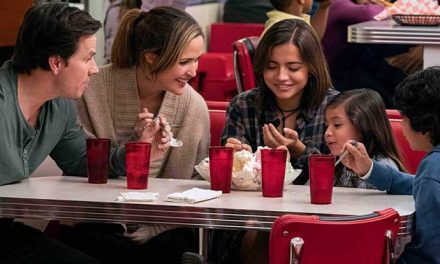