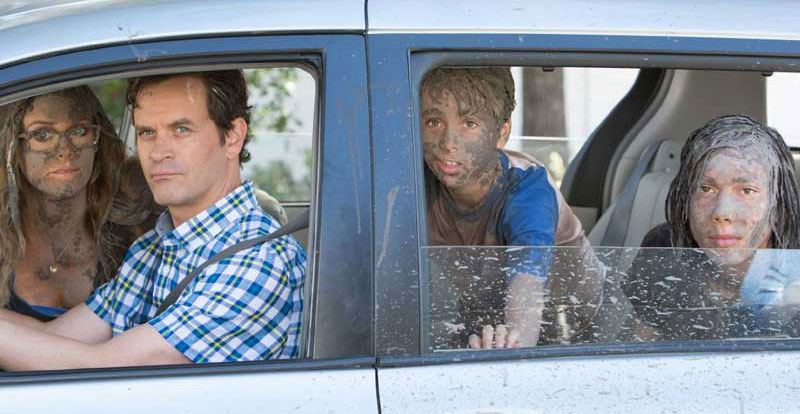 It’s not the best start when the fourth film in a series has the protagonist played by a different actor. And in Diary of a Wimpy Kid: The Long Haul, the entire family has been recast, which gives you a fair idea of what to expect from the rest of the film.

The Long Haul sees the Heffley family head off on a road trip to pay their grandma a surprise visit for her 90th birthday. Despite suggestions to fly from the kids, mum and dad choose instead to embark on a four-day journey across America. It’s like a junior version of National Lampoon’s Vacation, albeit considerably less funny.

That’s not to say that The Long Haul doesn’t have its moments. There are a few laugh-out-loud jokes, and the odd one that’ll appeal to the parents, but ultimately this new Wimpy Kid instalment is strictly for the kids – preferably those who haven’t seen the other films and won’t notice the completely new family.

A lot of the plot hinges on an experience Greg Heflley (now Jason Drucker) has in the film’s opening sequence; he winds up in a restaurant ball pit with a dirty nappy stuck to his hand, spawning a ‘Diaper Hands’ meme that quickly goes viral. The Heffleys also continually run into the same family of ‘Beardos’ (bearded weirdos, in case it wasn’t obvious), who seem to get enjoyment out of frolicking in the hot tub at every motel they stay in, and take a disliking to Greg and co. There’s even a scene where the kids venture to a county fair and the youngest wins a piglet that winds up being more trouble than it’s worth.

The visual style of the books makes an appearance occasionally (as it did in the previous films), but this time the jokes miss more often than they hit. There’s a slight case of the Cheese Touch here, that’s for sure.