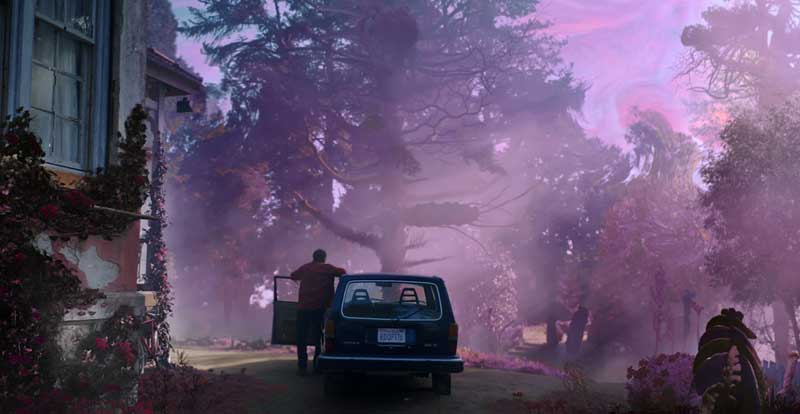 Color Out of Space marks the return of director Richard Stanley, whose 20-year exile from Hollywood was documented in Lost Souls: The Doomed Journey of Richard Stanley’s Island of Dr. Moreau. Prior to that he had gained a loyal following off the back of his films Hardware (1990) and Dust Devil (1992) – two violently visceral horror films that have become cult favourites.

His new film is based on the popular story from 1927 – The Color Out of Space – by legendary author H.P. Lovecraft, who is said to have considered it to be his personal favourite. It tells the story of a unique alien invasion, unlike any that had been written at the time, whereby a meteor lands beside a farmhouse and infects the surrounding area. The entity itself occupies the ethos and manifests itself in the environment, emitting an unearthly colour whenever it’s present.

Stanley’s adaptation faithfully adheres to the story, with obligatory modernisation and additional characters being the only jarring points of difference. Where the novella describes the colours to be new and outside of the visible spectrum, the film – short of inventing a new colour – concedes to this convention by painting the screen with an unnatural kaleidoscope of pinks and purples and greens. 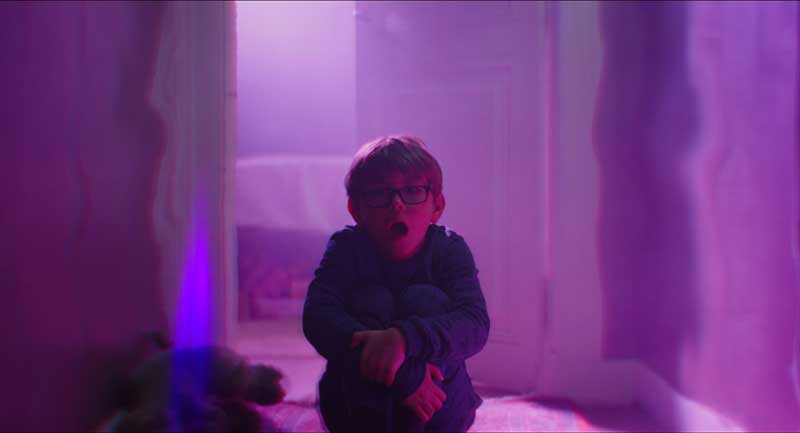 Nicolas Cage stars as the father and city slicker who describes the colours to police as something he’s never seen. And with that one line Stanley requires the audience to suspend disbelief and imagine that his textures are beyond comprehension (which is easily done).

Lovecraft’s story has been filmed several times throughout the years, with notable adaptations including Die Monster Die! (1965) and The Curse (1987). Stephen King was also inspired by it when writing his novel The Tommyknockers, and others have taken cues from its vivid imagery and terrifying themes. Stanley’s film is easily the most effective and scariest of the lot, and he relies on all manner of influences to present his story of perpetual infestation, manipulation and mutation.

Cage chews up every last morsel of the script and delivers a brilliant performance as the husband and father of three, Nathan, whose mental deterioration is measured to the nth degree. His comic timing is impeccable and counterbalanced by moments of pure horror. Joely Richardson plays his wife Theresa – a woman grappling with the insecurities of a mastectomy – and offers a more nuanced performance to bring the human condition to the forefront of the story. 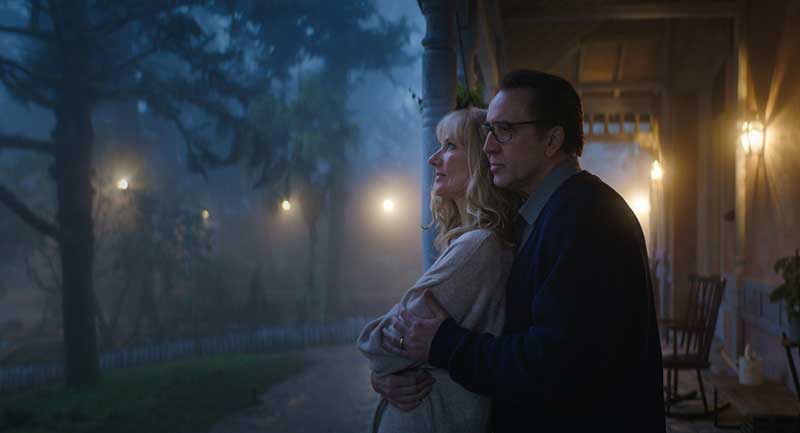 The kids are Madeleine Arthur as Lavinia, an angsty teenager who struggles to cope with her mother’s remission; Brendan Meyer as Benny, the pot-smoking teenage son; and Julian Hilliard as seven-year-old Jack, who is the most susceptible to the colour’s power. Elliot Knight and Tommy Chong complete the impressive ensemble.

The production design is kept tight, with the entire story taking place within the proximity of the farmhouse. The yard and its surrounding area are brought to life with a surrealist aesthetic, giving the story an immediate B-movie quality. The aurora-like patterns seeping between the trees evoke Tobe Hooper’s Invaders from Mars, and the creeping foliage conjures memories of Spielberg’s adaptation of War of the Worlds, while the grotesque mutilations and mutations hark back to the horrors of The Thing and The Blob. Suffice to say, the film is a genre fan’s dream that wears its influences on its sleeve, while creating its own horrors.

Color Out of Space is amongst the best horror films of the year and heralds the return of a master craftsman. It’s richly textured, deliciously vibrant and entirely horrific. In fact, if you were to pretend that video stores still existed and went browsing the horror section, you would find it sitting proudly beside Re-Animator and From Beyond, completing a perfectly fluent trilogy of Lovecraftian goodness. 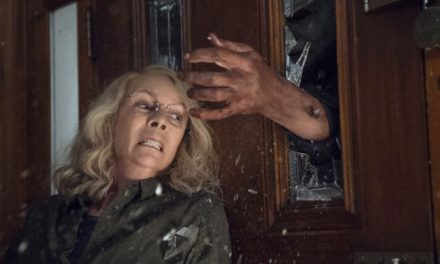 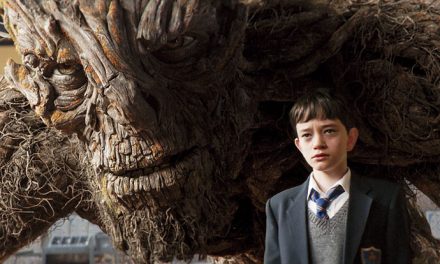 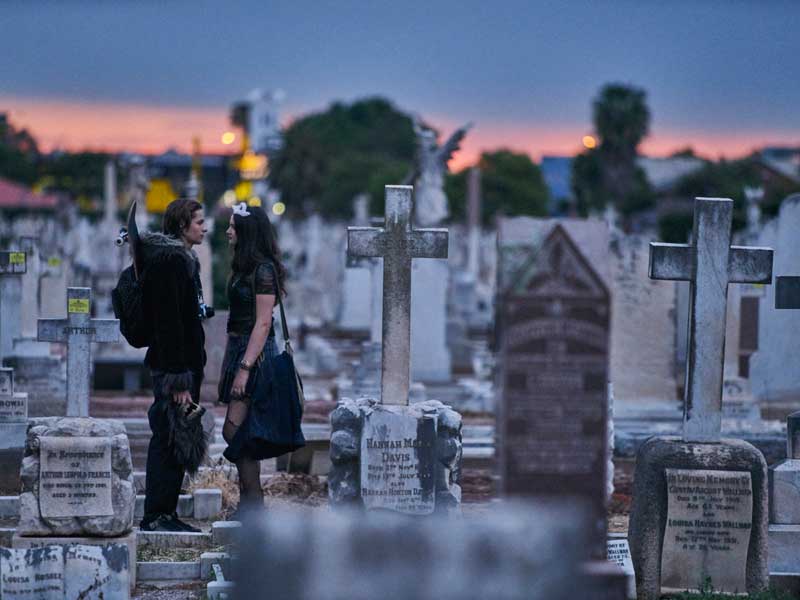