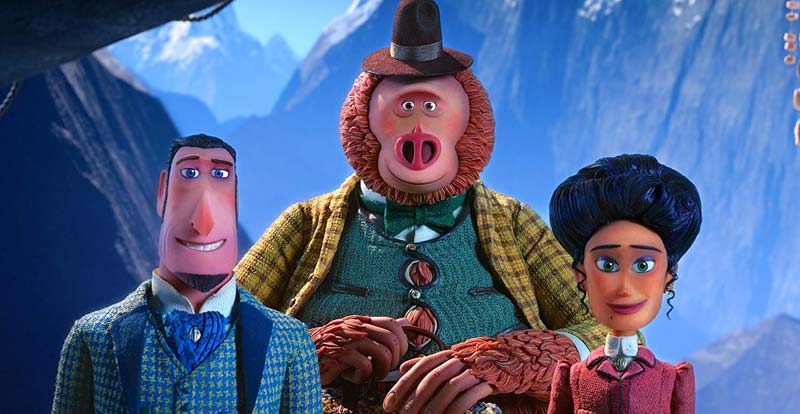 The Sasquatch is just a big, hairy, gormless throwback, yeah? Well, not if there’s any truth to this new animated tale, Missing Link.

Which there likely isn’t, but it is certainly a fun yarn!

The latest from the Laika people, who last gave us the stunning Oscar-nominated Kubo and the Two Strings, Missing Link features their trademark stop-motion animation. Sometimes you wouldn’t know it though, as they have their process so refined that it almost looks computer animated. We mean this as a compliment, as the eye candy here is seriously off the charts.

Also off the charts is the home of the North American Sasquatch, otherwise often referred to as “Bigfoot”. But being a one-of-a-kind, the poor big dude’s kind of lonely, so he sends a letter to the one man whom he believes can help him – adventurer Sir Lionel Frost.

Frost has his own battles, being overlooked and derided by the members of a stuffy, stuck-up adventurer’s society for his belief in the Loch Ness Monster. But, craving validation for his chosen profession, he wants in regardless, and when the opportunity to meet the Sasquatch – or “Mr Link” as he dubs him, or “Susan” as the creature himself prefers – comes up, Frost jumps at it. This isn’t to say that he was expecting such a rather civilised creature, quite adept at speaking and – obviously from that which we penned above – not too shabby at written correspondence, either.

So, after pleasantries are exchanged, Frost agrees to help Susan schlep to the Himalayas, in hopes of restoring familial bonds with his Yeti brethren. Teaming with Adelina Fortnight, with whom Frost has a history, they set off on their trek… 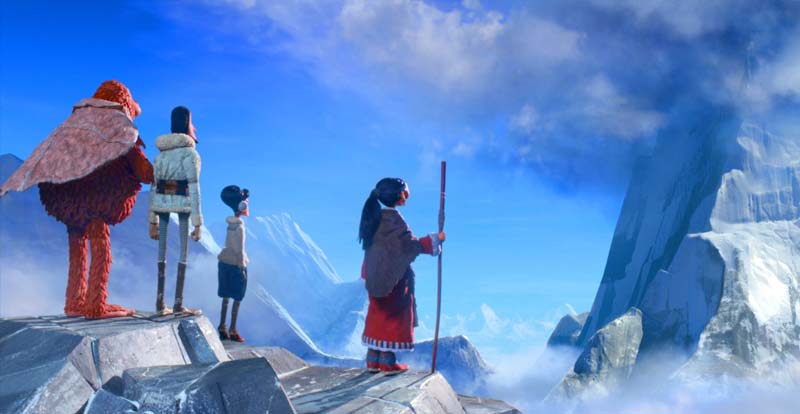 Written and directed by Chris Butler, who also gave us the rather cool ParaNorman, Missing Link is packed with an appealing sweetness – and a whole bunch of fun. This includes frequent wordplay that comes over like long-lost Abbott and Costello at their best, to excursions into the realm of good old belly-laugh slapstick. That the tale itself is rather slight – this is no Kubo in the storytelling stakes – doesn’t detract from the film’s enjoyment. Sometimes a simple story can survive mostly on charm – and Missing Link has it by the oversized boot-load.

Missing Link‘s charisma is helped no end by the vocal performances, with Hugh Jackman as Frost, Zach Galifianakis as Susan and Zoe Saldana as Fortnight. Add names such as Timothy Olyphant, Stephen Fry, Matt Lucas, David Walliams and Emma Thompson (in a superbly cold turn) and you have one impressive cast, animated or otherwise.

A simple and extremely lovable tale with only really one big excursion into the sort of intensity that may not go down so well with younger types, Missing Link is perfect school holiday viewing – both for kids AND their minders. 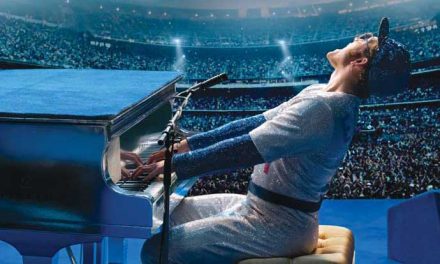 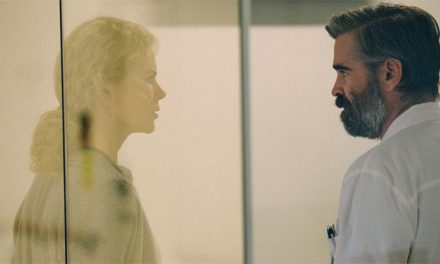 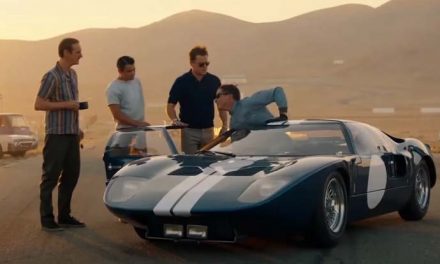