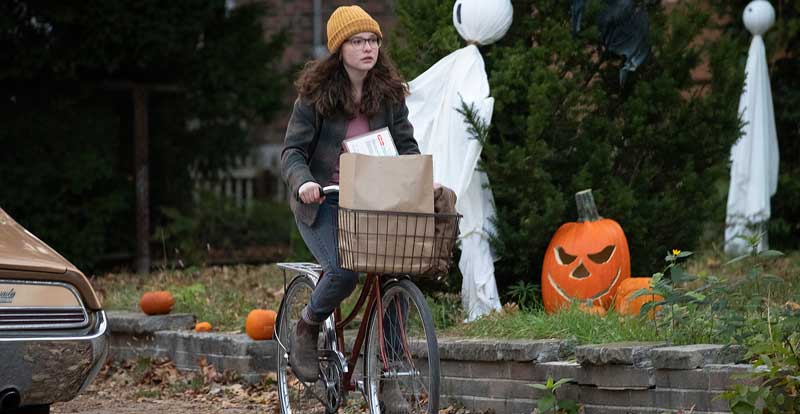 Scary Stories to Tell in the Dark is a horror movie for 12-year-olds, albeit with the visual flair and macabre mind of producer Guillermo del Toro behind it.

First up – despite a title and trailer that suggests an anthology film in the spirit of Creepshow and Tales from the Crypt, this isn’t the case. Adapted from the ’80s children’s books by Alvin Schwartz, the scary stories are integrated into the main narrative, which involves a group of teenage outcasts who discover the titular tome in a haunted mansion on Halloween night, and subsequently become unwilling players in bespoke tales that bring their deepest fears to life.

This cursed book was the property of Sarah Bellows, the tormented daughter of a wealthy family whose notoriety still casts a shadow over the town of Mill Valley, Pennsylvania. Discovering that Sarah is still scribbling stories from beyond the grave, budding horror writer Stella (Zoe Margaret Colletti) must uncover the truth behind Sarah’s horrible history and put an end to the ghost writing before more lives are lost – including her own.

Kids confronting supernatural shenanigans in small town America immediately conjures a Stranger Things vibe, but the tone is closer to the Joe Dante and Amblin films of the ’80s. Moreover, the 1968 setting weaves in Richard Nixon’s election and the spectre of Vietnam, creating a turbulent real world backdrop for the horrors that are unleashed. 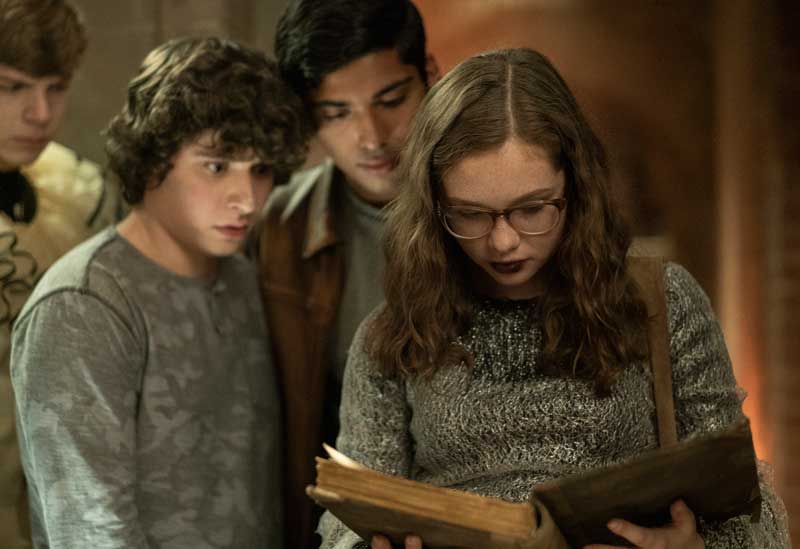 While Scary Stories would have been better served by the anthology format, it still works thanks to del Toro’s distinctive nightmare imagery and the direction of André Øvredal (Trollhunter, The Autopsy of Jane Doe). Macabre tales for kids are best told by genre specialists who know just how far they can push the fright factor without traumatising the target audience (see also Eli Roth’s The House with a Clock in its Walls).

The young cast – Colletti, Gabriel Rush, Austin Zajur and Michael Garza – do an excellent job in selling the scares, but it’s the ghoulish creations of the books’ illustrator, Stephen Gammell, that are the real stars – a sinister scarecrow, a walking corpse in search of its missing toe, a bulging zit full of spiders, and a contorting zombie called Jangly Man.

Scary Stories to Tell in the Dark is for those too old for Goosebumps and still too young for IT. And adult horror fans will find plenty to be impressed with here.

For your chance to win one of five double passes to see Scary Stories to Tell in the Dark, head HERE 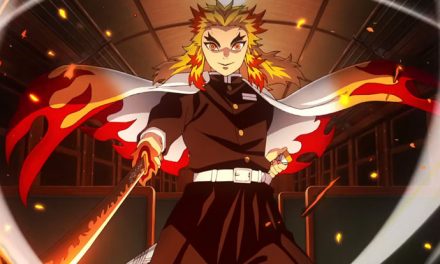 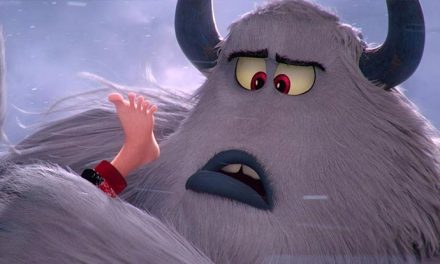 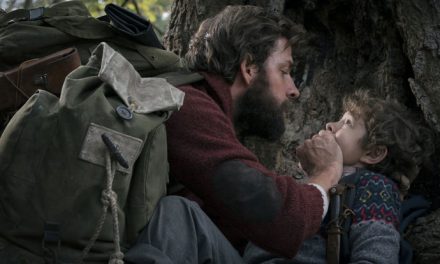