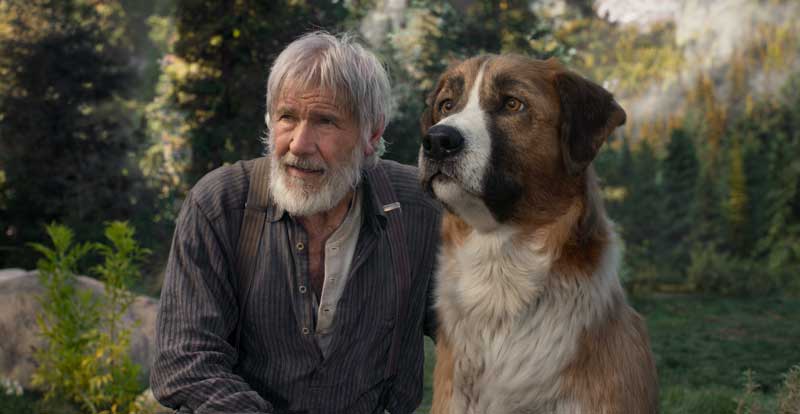 John Steinbeck, Ernest Hemingway and Mark Twain are names amongst those considered to be the greats of American literature, and all are indeed great. However, another name that comes to mind when discussing American fiction is Jack London, whose stories exploring the Canadian wilderness during the gold rush overshadow the rest of his work.

White Fang is perhaps his most beloved novel and was successfully adapted by Disney in 1991, with Call of the Wild coming in at a close second. Since its publication in 1903, the book has been adapted for the screen numerous times, most famously starring Clark Gable in 1935 and Charlton Heston in 1972. A very compelling telemovie starring Rutger Hauer was also made in 1996, adding to the timelessness of London’s work. Now the story has been retold, this time starring a modern legend of the screen in Harrison Ford.

Adhering mostly to London’s narrative, The Call of the Wild 2020 follows Buck, a massive Saint Bernard-Scotch Collie dog whose story sees him stolen from a happy suburban life in California and sold to the postal service in the harsh terrain of the Yukon in Canada. He is pawned off between various owners and beaten and mistreated by most, before ending up in the company of John Thornton (Ford), an aged man living off the land.

The premise of the title is the emancipation of Buck, who becomes undomesticated through a series of ordeals and misadventures, and discovers his true nature. In print it is a formidable and often brutal tale, yet few of the adaptations have explored the darker themes of London’s work with any level of depth. This latest film – directed by Chris Sanders (The Croods, Lilo & Stitch) – skirts around that darkness, suggesting a brutality without fully committing to it.

Where the book has Buck turning feral and killing other animals, as well as a party of native Americans, the film turns its attention to the bond between dog and man, chronicling their relationship and loyalty. It ignores some more questionable and outdated themes in the book in order to navigate a family-orientated journey. Of course being a family film it couldn’t possibly depict the macabre nature of the book, and so with that in mind, Sanders deserves credit for taking his adaptation as close to the fringes as possible.

The production design is a sight to behold, with the majestic Canadian wilderness playing a large part in the film’s appeal. The snow-swept mountains, the frozen rivers and the formidable conditions are realised with maximum effect. At times it’s difficult to identify where the practical locations end and the digital augmentations begin, and with large sweeping shots across valleys and tundra, there is a very classic quality to the film.

The downside of The Call of the Wild is glaringly obvious, however, and there is no ignoring the distraction of Buck, an entirely computer generated dog with human-like expressions and unrealistic mannerisms. The nature of Buck’s digitised creation was known from the outset, and yet no amount of action or drama can maintain the suspension of disbelief.

Had the film been fully animated, or the dog given a human voice, it might have been possible to approach it like Homeward Bound or Milo and Otis, and yet the premise insists that it be taken seriously, resulting in a very jarring experience. Although most kids will remain oblivious to the fact, and the story will resonate a lot more for them.

Harrison Ford is fabulous and turns in a heartfelt and often physical performance. He interacts with Buck as though he wasn’t a digital effect and shares an earnestness and sincerity that we rarely see from him. Where few of the other actors successfully connect with the dog (further exposing the CGI’s inadequacy), Ford hits every beat and tender moment with a bullseye. If there was one thing to convince the audience that they weren’t watching Indiana Jones and the Curse of the Digi-Dog, it’s Ford’s commitment to the story.

Further to The Call of the Wild‘s virtue is the fact that it harks back to a quality of family entertainment that is rarely seen on screen anymore. It’s an emotional odyssey for young minds, depicting equal measures of exhilaration and peril. It will excite and terrify impressionable minds the way quality family fare did in the 1980s, and it will go a long way to instilling resilience. Parents should be warned that they’ll have their work cut out for them though, as kids will grapple with the emotional exhaustion of Buck’s story, but that’s not to say that pre-tweens shouldn’t see it either.

Tags: adventure, Family, Harrison Ford, The Call of the Wild 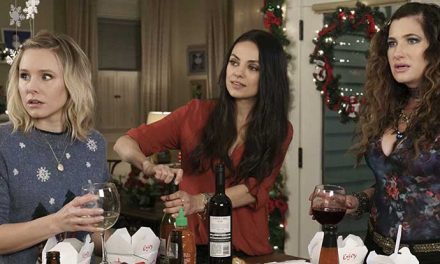 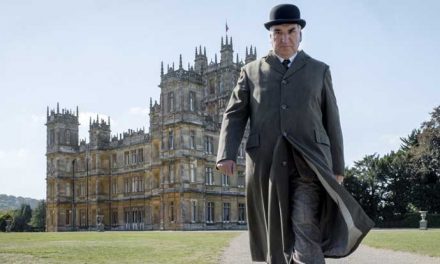 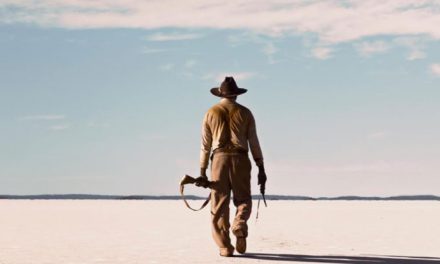 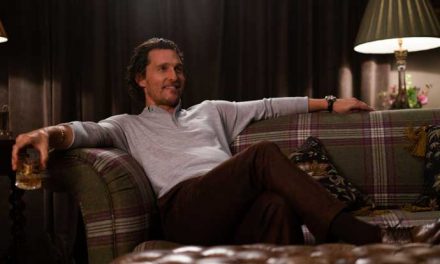