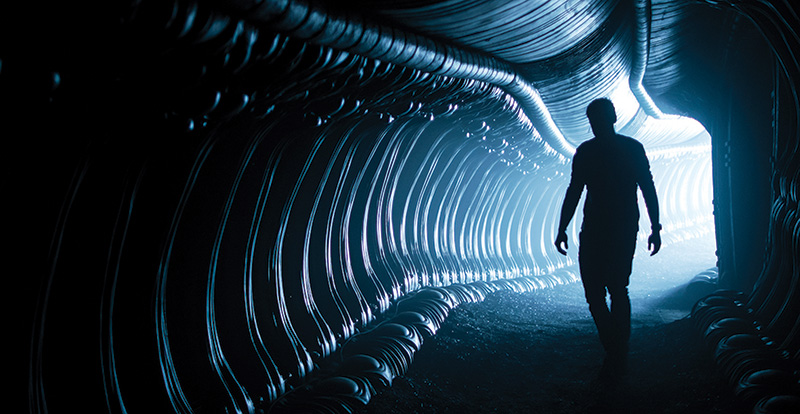 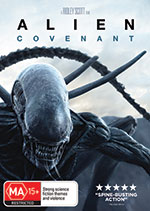 Billy Crudup and Danny McBride discover why no one can hear you scream in space, as members of the titular colony ship in Alien: Covenant. The actors share their memories of working with Ridley Scott and being part of the iconic science fiction franchise.

The Covenant is carrying 2,000 colonists and a thousand embryos in stasis to the remote world of Origae-6, when an interstellar detour to investigate a possible distress call results in a terrifying encounter with the evolving, acid-blooded Xenomorph.

“Not only does it draw from Alien and Aliens, but also from Prometheus… this movie gets a hold of a lot in a little time”

“One of the things that I thought was most interesting about the script was the fact that it was a colonization mission,” says Danny McBride, who plays the Covenant’s pilot Tennessee Faris. “As soon as you start reading the story and you see that these are couples who are on this trip, it just raises the stakes for everyone. It’s not only about your own survival, but also about the survival of your partner as well. It sets the tone in a pretty interesting way.” 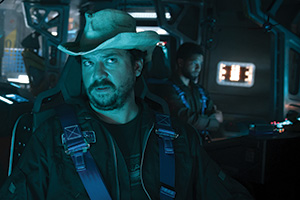 Scott had envisioned the part of Tennessee as an homage to the character Major T.J. ‘King’ Kong in Stanley Kubrick’s Dr. Strangelove, “so we worked on finding the perfect cowboy hat and flight suit,” says McBride. “But the character was clear in the script, I could see what needed to be done. And to work with a guy like that on a franchise like this, where he created this universe to begin with, is unreal.”

Billy Crudup, as first mate Christopher Oram, who is thrust into a position of command after the death of the Covenant’s captain (James Franco in a fleeting cameo), was similarly thrilled to be working with Scott.

“Ridley Scott is an absolute legend. If you make two good movies, you’re going to be one of the great directors, but if you make as many as Ridley, you’re a complete anomaly. To get to work with someone who has that many creative resources and kicks ass and is relentless with his energy, is a one-of-a-kind experience,” he says. 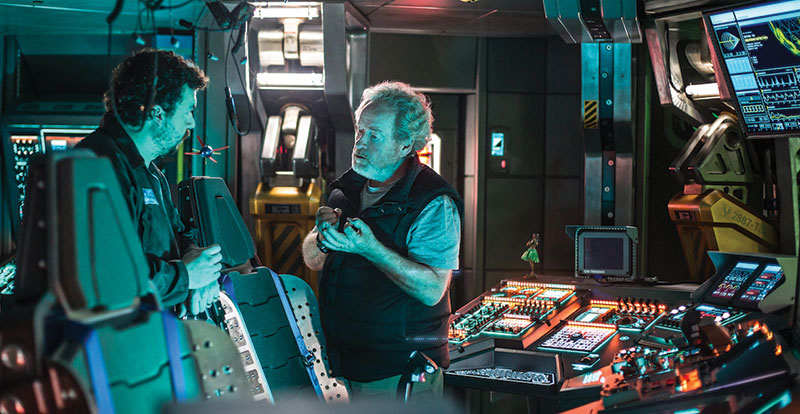 Crudup adds that, as in the original Alien, Scott’s commitment to the characters and the group dynamics is a crucial part of the film. “You have the incredible alien and the unbelievable effects and the suspense that he uses in his filmmaking, but what you’re really invested in is these characters.”

Crudup’s character is a man of faith who finds himself uncomfortable with his new position as captain. “As soon as he is given the opportunity, I think the weight of these 2,000-plus souls becomes enormous and overwhelming,” he explains. 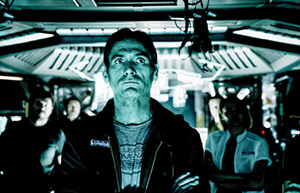 “There’s a tremendous amount of self-doubt at his capacity to manage his own fear, about leading this many people into the unknown. I think that’s a big part of the story – how he relates to the other crew members and how he, ultimately, finds some sense of confidence and clarity and moral authority in trying to defend them.”

Alien: Covenant blends the horror of the original film with the full throttle action of James Cameron’s sequel, as well as edging ever closer toward revealing the mysterious origins of the alien creature.

“I think that it not only combines those elements with what has been an extraordinary advancement in CGI and [Scott’s] ability to create not only practically these environments with expert effects people, but also in post-production because what he’s able to do with the creation of these aliens is truly terrifying,” offers Crudup. “Not only does it draw from Alien and Aliens, but also from Prometheus where he starts this idea of creation, what it means to be a creator and how we’ve created the mythology for our own gods. He’s weaving that into it as well, so this movie gets a hold of a lot in a little time.”

McBride agrees: “The very first day that we were on set and we came on to the spaceship, the Covenant, there was a look on everyone’s face, looking around thinking wow, this is it, we’re in an Alien movie! Even just down to the look of the hallways and the look of the control panels, it was crazy because it was nostalgic of that original film and it had Ridley’s fingerprints all over it.” 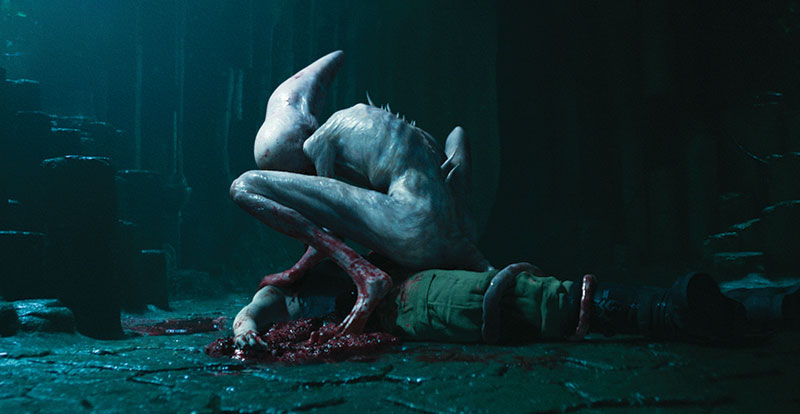 Alien: Covenant features an early form of the alien, known as the Neomorph. In creating it, Ridley Scott referenced the original alien design by H.R. Giger as well as the Goblin Shark – a strange deep-sea predator with translucent skin and a hinged jaw.

“Designing the Neomorph was tough,” notes the director. “It was a big challenge that came about because I had to have something in addition to the usual suspect. I didn’t want that to wear out – I wanted to save him. The Neomorph, in a way, is the first generation of an alien, but it needs a human life form to cop on to and, if you like, mix with, copulate with.”

Alien: Covenant is on DVD and Blu-ray now. 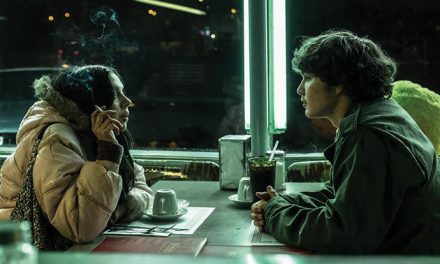 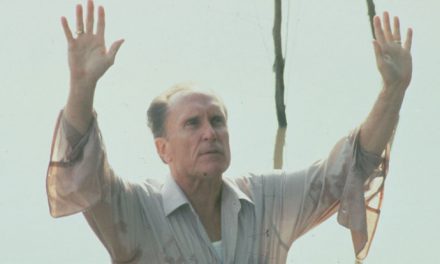