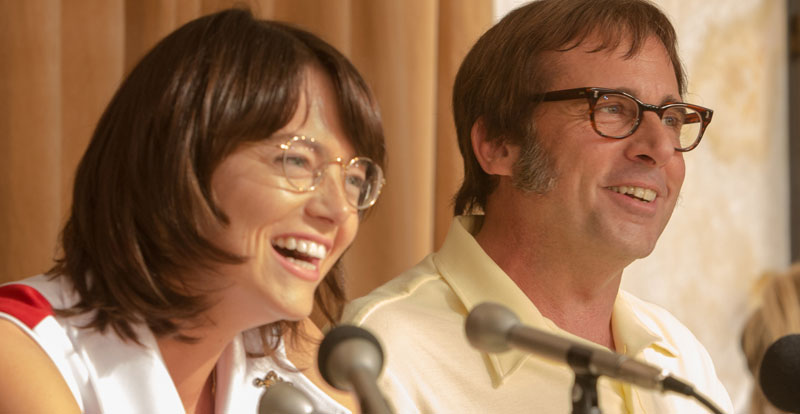 The ball is in Oscar-winner Emma Stone’s court as tennis champion Billie Jean King, playing a pivotal match for women’s rights in Battle of the Sexes.

Emma Stone set the bar high after collecting this year’s Best Actress Oscar for La La Land. But Damien Chazelle’s musical confection was a work of fiction – for her next role she would need to do justice to tennis legend Billie Jean King, not only a Grand Slam champion, but a trailblazer for women’s rights.

Battle of the Sexes would be a game changer for Stone, portraying the woman who, in 1973, inspired millions of women and girls when she defeated Bobby Riggs 6-4, 6-3, 6-3 in one of the greatest landmark tennis events of all time – the Battle of the Sexes.

Riggs, a self-styled chauvinist pig and one of the world’s top ranking tennis pros in the 1940s, swore that no woman could beat him. But he was yet to meet his match in Ms. King. 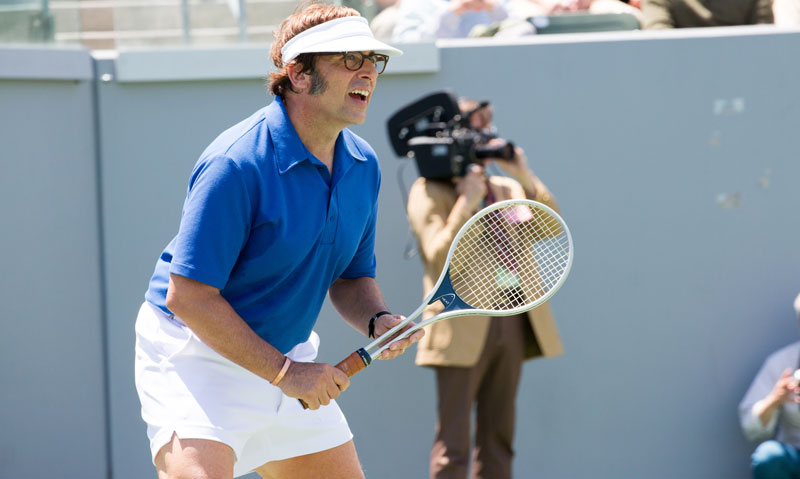 Up for the challenge, the petite Stone went to work, adding 15lbs of muscle to play King opposite Steve Carell’s Riggs. Not only did she spend months training with a tennis coach, she hit the gym daily, doing push-ups on set.

“There’s so much that the public didn’t see at that time; so much that was happening for Billie Jean internally,” says Stone when STACK meets with her and King in Los Angeles, referring to how society, at that time, dictated King hide her sexual identity.

Wed to college sweetheart Larry King for much of her professional career, Billie Jean was forced to deny her feelings towards women before becoming the first prominent professional female athlete to come out as a lesbian in 1981.

An early advocate for gender equality and social justice, President Obama would honour King with the Presidential Medal of Freedom in 2009 for her work advocating for women’s rights and the LGBT community. King found early support from Elton John, who himself had wrestled with his decision to come out, with the pair remaining close friends. John’s music features prominently on the Battle of the Sexes soundtrack.

“Elton and I have been friends a long time now, and he’s so excited about this,” says King. 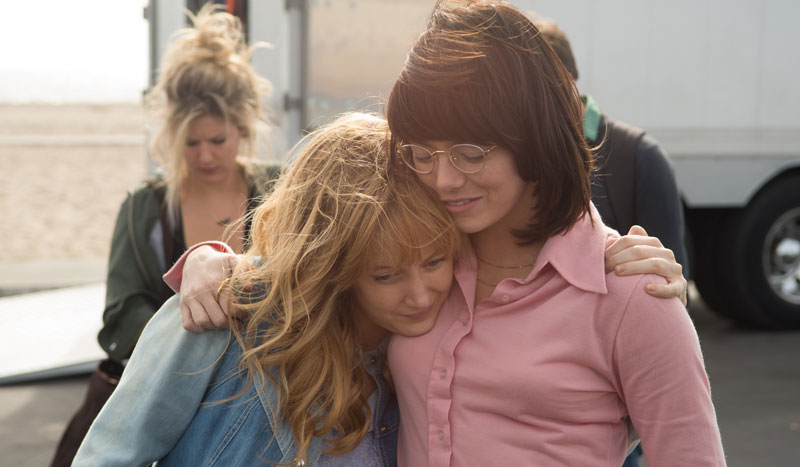 Stone believes a force even greater than becoming No.1 propelled King. “From an early age, I think Billie Jean was driven by these larger ideas of affecting change in the world and she saw tennis as her vehicle to make that happen because she was so great at it. You have to remember it was looked down upon for a woman to even be an athlete when she was young – especially an aggressive women’s tennis player. From the start, she knew she was fighting for something bigger than herself.”

Despite the almost half-century age gap, the two women share an easy rapport and a hope that the principles behind Battle of the Sexes, the movie, remain just as relevant today as the original match was 44 years earlier when all kinds of walls – race, gender, religion and sexual orientation – were just starting to tumble and King was at the forefront of that tidal change.

“There’s so much that the public didn’t see at that time; so much that was happening for Billie Jean internally”

“I’d never played a real person before, much less someone like Billie Jean,” muses Stone. “So when I met her and her partner for the first time, they were so welcoming to me. Billie Jean made it very clear that she would be open to whatever process I needed to go through in order to bring this whole thing to fruition, so we threw some balls around on a tennis court and I quickly realised that I wanted to watch a lot of footage from that time period and read about her then because she is so fully formed today and is able to talk all about this now with closure and hindsight than she was able to aged 29.”

Portraying Margaret Court, who Riggs slayed on court during his first Battle of the Sexes bid, McNamee appreciates how she is the villain in this piece. “Margaret was very out of step with the other girls and because of that separation, I likewise didn’t get to know all the other girls in the cast until after we finished making the film,” she says. “Obviously we’re all aware that Margaret still has all the same attitudes and beliefs, so it was fun to portray her in that light and I hope we did her justice.” 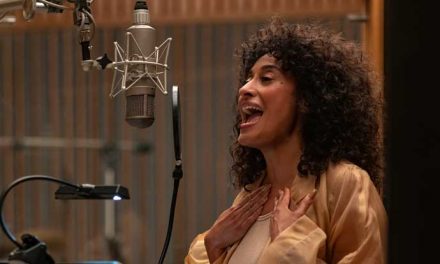 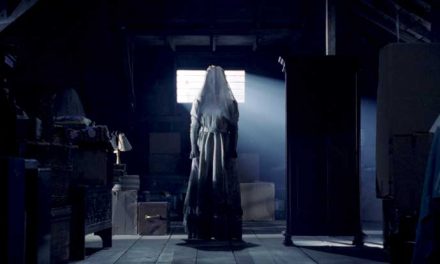 Sign up to STACK for your chance to WIN a super audio pack from Audio-Technica and Audioengine!