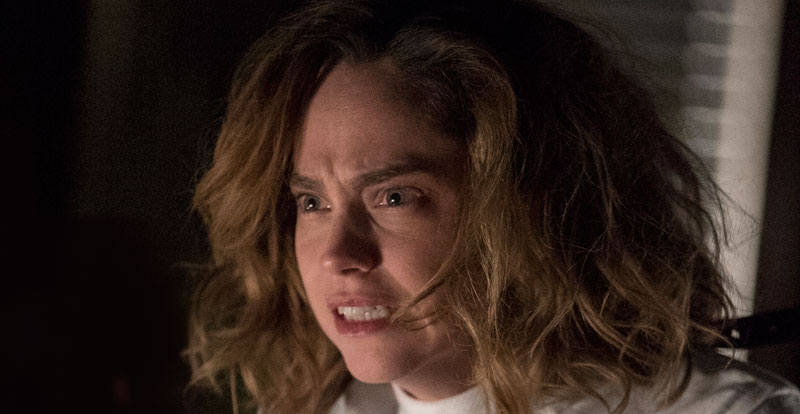 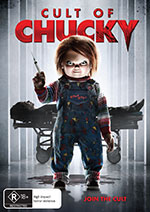 Fiona Dourif never imagined she would follow her famous father, Brad, into the Chucky franchise, and she’s loved every minute of it.

It’s almost 30 years since we were first introduced to Chucky, the wisecracking, homicidal Good Guy doll created by writer-director Don Mancini and voiced by Brad Dourif – both of whom have been involved in every installment in the horror franchise to date.

Chucky has also been a constant in the life of Dourif’s daughter, Fiona, who joined the series in 2013’s Curse of Chucky as the wheelchair-bound Nica.

“It was the coolest thing about dating me in high school,” she tells STACK.

Having grown up with the franchise, the 35-year-old, who followed in her father’s footsteps at age 23, never thought she’d eventually be starring alongside Chucky one day.

“It’s been a pretty surreal experience,” she says. “It still feels like it’s happening to someone else.”

Dourif obviously enjoyed the experience on Curse of Chucky, having now returned for Cult of Chucky, the seventh film in the series.

“I don’t think people have enjoyed making movies as much as Don and I enjoyed the process of shooting these ones,” she says. “This one especially, it’s just really fun, even though I’m tortured the whole time.”

Cult of Chucky finds Dourif’s character committed to an asylum and undergoing therapy to convince her that Chucky is a delusion, and that she was responsible for the murderous rampage that claimed the lives of her family. Her insistence that “Chucky did it” is soon confirmed by the arrival of a Good Guy doll and a rising bodycount.

In rebooting the franchise, Curse of Chucky tapped into gothic melodrama and old dark house tropes, whereas Cult of Chucky feels like a more traditional outing for the diabolical doll – a return to the ‘80s vibe of the Child’s Play films.

“They describe it as ‘Chucky on drugs,’” offers Dourif. “Don is a real horror fan and his taste is a little classic. I think this franchise has gone through many different stages and I think that’s one of the cool things about it – he refuses to make the same movie. This is Chucky told in a different way and taken to different places.” 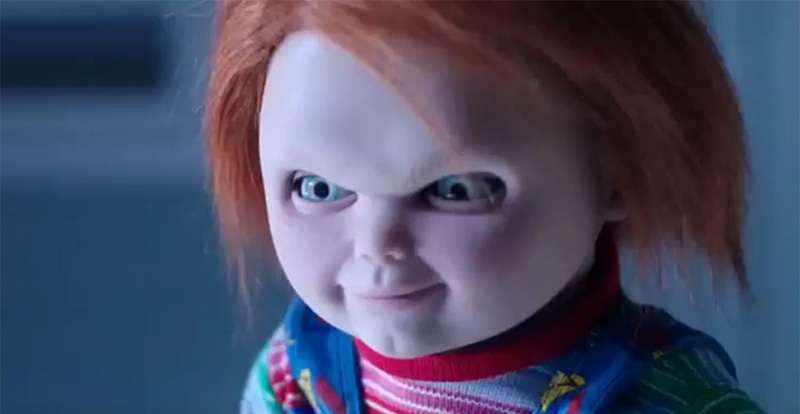 Dourif notes that the retro quality can be attributed to the fact that Chucky has remained an animatronic creation throughout the series.

“It’s puppetry, we don’t do CGI. It really is still a doll that’s manned by five guys in green suits – there’s something very particular about it.”

With her father’s lines all recorded separately, Dourif has never found herself in the bizarre position of acting alongside him as the killer doll, although the reality did hit home on one occasion.

“My one experience with that was on Curse of Chucky,” she recalls. “I didn’t think it was going to be a problem; I didn’t know what to expect. There was a moment where I’m lying on the floor and Chucky is talking to me for the first time, and they played my dad’s voice and it was disturbing.

“It’s puppetry, we don’t do CGI. It really is still a doll that’s manned by five guys in green suits”

“In retrospect, it’s because my father has been a source of comfort my whole life, and to have that source of comfort start taunting and trying to kill me was disturbing and subversive, but actually quite helpful in scaring me for the scene.”

With two Chucky movies to her credit, and having also worked with Robert Englund on Fear Clinic (2014), can Fiona Dourif now be considered a scream queen?

“Go ahead,” she says. “I love the genre and being a part of it. I also play an assassin on television [in Dirk Gently’s Holistic Detective Agency], so there seems to be some kind of theme going on.”

Cult of Chucky is out on October 18 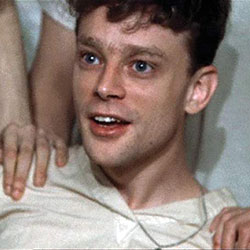 The voice of Chucky and father of Fiona.

Veteran character actor Brad Dourif’s regular appearances in genre films over the last 40 years have made him a cult figure with fans. In addition to voicing Chucky, Dourif’s memorable roles include Mentat Piter De Vries in David Lynch’s Dune, the Gemini Killer in Exorcist III, and Wormtongue in The Lord of the Rings: The Two Towers. 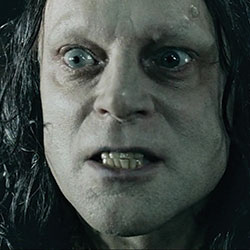 And then of course there’s the stuttering Billy Bibbit in One Flew Over the Cuckoo’s Nest, for which Dourif received an Oscar nomination for Best Supporting Actor.

But which of her father’s performances does Fiona Dourif consider her personal favourite? “It’s the classic one, right? Cuckoo’s Nest. It’s the only time where I stop seeing my father – I lose him completely in that performance. I think it’s one of the most beautiful things I’ve ever seen.” 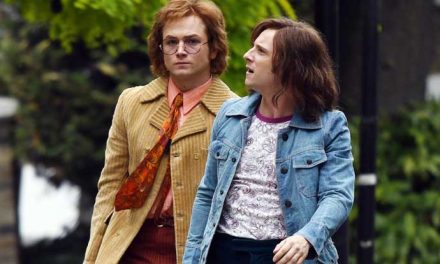 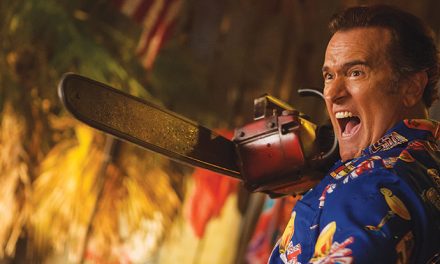 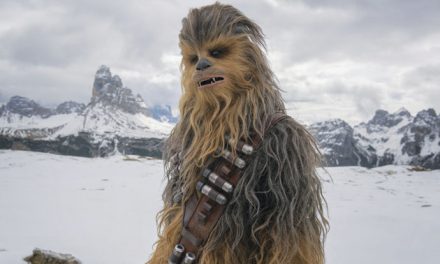