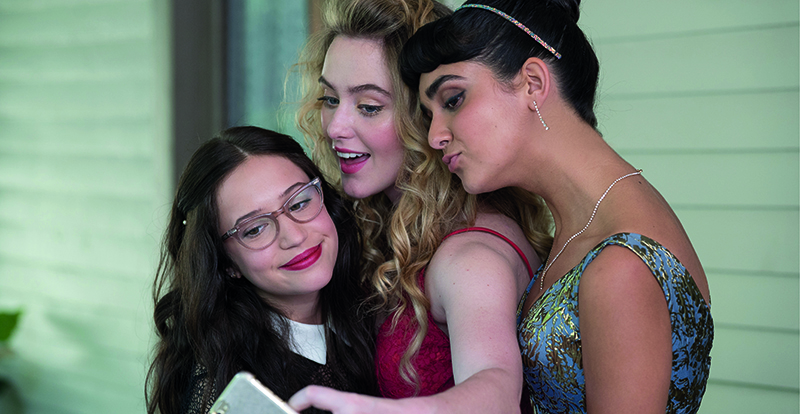 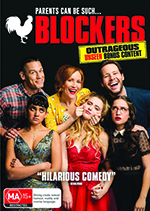 Director Kay Cannon tells STACK how she brought a vital female perspective to a traditionally male-dominated genre, with the raunchy teen comedy Blockers.

Best known for her work as a writer and producer on TV’s 30 Rock and New Girl, along with two Pitch Perfect sequels, Kay Cannon always believed that her first directing gig would be an episode of one of her shows. Instead, she found herself at the helm of teen comedy Blockers, having impressed producers Seth Rogen and Evan Goldberg with her input into Bad Neighbours 2.

“What happened was, I was brought into a roundtable full of ladies for Bad Neighbours 2,” Cannon tells STACK. “I had come with all my notes and thoughts. When you run your own TV show, you’re basically the director of the directors, and everything goes through you for better or worse – you’re the boss! I brought that kind of vibe to the roundtable and when I left – and I didn’t know this until after I’d shot Blockers– the guys were like, ‘we should have her direct something for us.’ They sent me the script for ‘The Pact’, which changed to Blockers, with a straight offer to direct it. 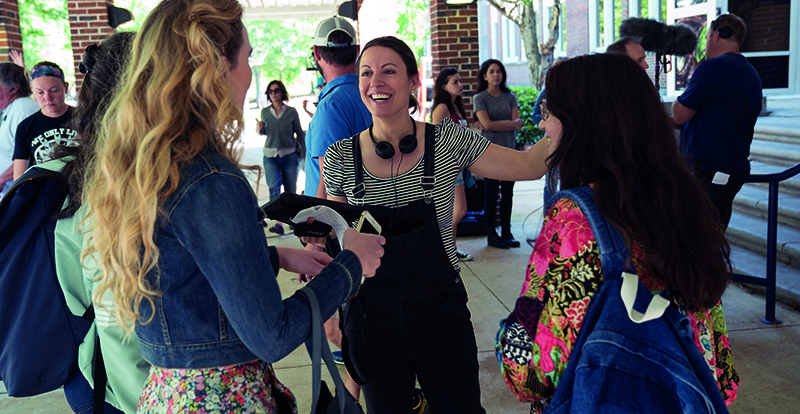 Director Kay Cannon on the set of Blockers

Blockers is the story of three protective parents – Lisa (Leslie Mann), Mitchell (John Cena) and Hunter (Ike Barinholtz) – who, upon discovering their teenaged daughters (Kathryn Newton, Geraldine Viswanathan and Gideon Aldon) have made a pact to lose their virginity on prom night, embark on a series of madcap misadventures to prevent it from happening.

Ostensibly a comedy in the raunchy tradition of Porky’s, American Pie, Superbad, et al, Blockers has a unique point of difference – it’s one of the few films of this kind to be directed by a woman. Moreover, where the focus has traditionally been on the male characters, Blockers corrects the gender imbalance as a coming-of-age comedy told from a female perspective, which Cannon added to the screenplay by brothers Brian and Jim Kehoe.

“When I got the script it felt like it was from the male perspective, and much heavier on the parents’ story,” she recalls. “There wasn’t the balance between parents and kids that you see in the movie.

One of the biggest changes was beefing up the roles of the daughters and giving them specificity – when I got the script they were kind of interchangeable. The gay storyline was something I brought to the table.

“Everyone involved did a lot of work to make a really funny movie that was also saying something and made you feel something. With the stuff that I write, like Pitch Perfect for example, I like things to be silly and ridiculous and dumb, but I also want you to feel something with an emotional underpinning.

“We shot Blockers before the #TimesUp movement and #MeToo, but all these ideas were something I had been thinking about for a long time. The double standard, the idea of consent, young women in control of their sexuality, and all women having control over their bodies. All that was super important to me, and there were big conversations we were having well before these movements started to happen. The fact that the movie came out when it did was pretty amazing, actually.”

One of the best R-rated high school comedies of the eighties – Fast Times at Ridgemont High– was directed by Amy Heckerling, and Cannon believes the reason there hasn’t been more sex comedies directed by women in the ensuing decades is due to the aforementioned double standard.

“I don’t think they think women, especially young women, talk that way or think those things. Or they don’t want them to.

“I’m ageing myself here, but I was in high school a long time ago,” she laughs. “I had the same girlfriends from kindergarten to senior high. There was always the same five of us around this cafeteria table, and we talked about everything, in the same way you see the best friends in Blockers stalk to each other. We cursed and we talked about sex and made jokes. It’s new to an audience to see young women talk that way to each other, and what they’re talking about – but that’s how we talk. I think there’s this idea in society that we should be quiet and the objects of desire, as opposed to the ones who are going for it.”

It’s de rigueur for a teen sex comedy to feature an iconic gross-out moment, and Blockers certainly doesn’t disappoint – although this time it involves one of the adults, with John Cena’s macho character indulging in some questionable behaviour at a party. 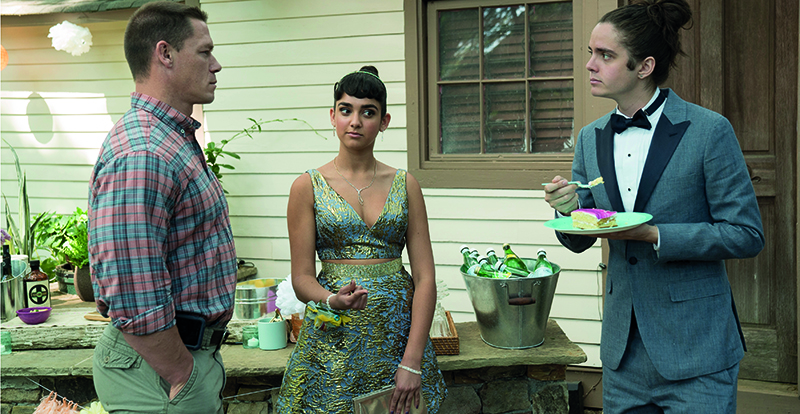 (L to R) Mitchell (JOHN CENA), Kayla (GERALDINE VISWANATHAN) and Connor (MILES ROBBINS) in “Blockers,” the directorial debut of Kay Cannon (writer of the “Pitch Perfect” series). When three parents discover their daughters’ pact to lose their virginity at prom, they launch a covert one-night operation to stop the teens from sealing the deal.

Cannon says that the WWE superstar turned actor didn’t take much convincing when it came to shooting the risqué scene.

“He’s used to being naked – he’s in the wrestling ring with very little on. He’s OK with making fun of himself, too, and being vulnerable like that.

“We were both very happy when that scene was over, just because we felt it was an iconic scene that would be talked about, and we wanted to make sure we got it right. I never shot anything behind him,” she laughs, “only from the side, and we did it in one long take.”

Cannon adds that the scene not only reverses the teenager/adult dynamic of the genre, but is also important in revealing the length that Mitchell will go to save his daughter.

“At that point [the parents] have lost their minds. They could easily walk into the party and say, ‘you’re underage, you’re drinking, and we’re walking to the house and we’re taking our daughters and leaving.’ But they don’t do that, and [are caught up] in a night of madness!”

Blockers also addresses the impact the internet and social media has on high schoolers today – the beleaguered parents learn of the girls’ pact after deciphering emojis on a carelessly open laptop – and Cannon agrees that when it comes to millennials, it’s a whole different ball game.

“My daughter is four-and-a-half, and someone asked me when I would allow her to watch Blockers. With kids growing up so fast and technology changing so much, she will probably be watching it on a screen on her eyeballs when she’s 12 and I won’t know anything about it,” she laughs. 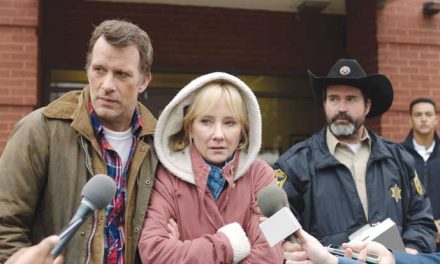 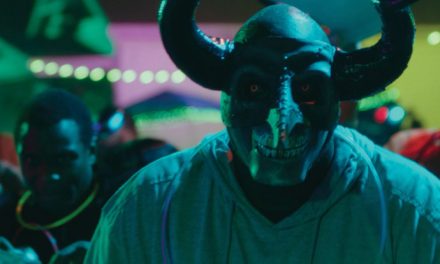