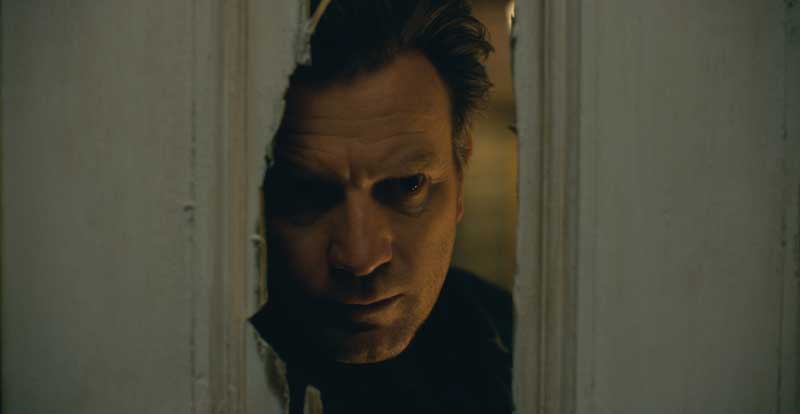 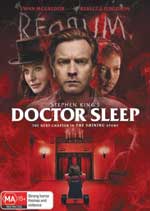 STACK talks with the director and cast of Doctor Sleep, the highly anticipated sequel to Stephen King’s The Shining.

“It took me a long time to see it because it was so talked about as being the most terrifying movie ever. I finally watched it when I was at drama school, when I was 18.

“So it’s interesting going back to it now because it dates a little bit, but it’s still very frightening. And Kubrick’s use of music and the oddness of what’s happening there, and the hotel itself. The scariest bit for me is when Jack goes in the bar and Lloyd the barman appears. That was always the most frightening moment for me, because you don’t really know then what’s reality,” says McGregor, who today plays Danny, the now grown-up son of Nicholson’s Jack Torrance character.

Directed by Mike Flanagan, Doctor Sleep makes a big deal of Stephen King’s authorship and tacit approval, something that Kubrick failed to earn despite The Shining’s enormous popularity.

We meet McGregor’s troubled Danny Torrance 40 years after his terrifying stay at The Shining’s Overlook Hotel. Still irrevocably scarred by his childhood trauma, he has fought to find some semblance of peace and is now in recovery after years of alcoholism.

But that peace is shattered when he encounters Abra, a courageous teenager with her own powerful extrasensory gift, known as the “shine.” 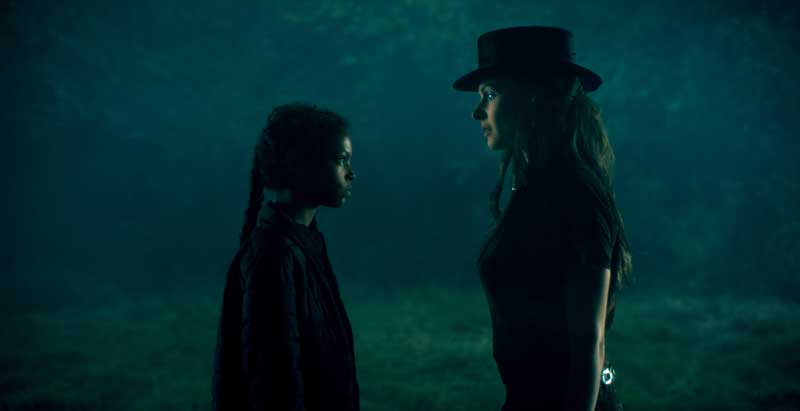 Portrayed by newcomer Kyliegh Curran, Abra recognises that Dan shares her power, and seeks his help to combat the evil Rose the Hat and her followers, The True Knot, who feed off the shine of innocents in a quest for immortality.

Forming an unlikely alliance, Dan calls upon his own powers, facing his fears and the ghosts of his past, as he and Abra engage in a life-or-death battle with Rose, played by Rebecca Ferguson.

McGregor is somewhat taken aback when Curran, 13, suddenly confesses she’s seen The Shining and loved it.

“I love horror films,” she smiles teasingly. “But it was very disturbing and creepy.”

Ask them both what age group should go see their own (US) R-rated movie, and Curran warns, “This is not for children. I think 15 year olds would be okay – but only if they are mature. But it’s completely and utterly terrifying and if you are not disturbed by extremely terrifying things and you are 17, then yeah, I think they could be able to see it,” adds the worldly-wise teen. 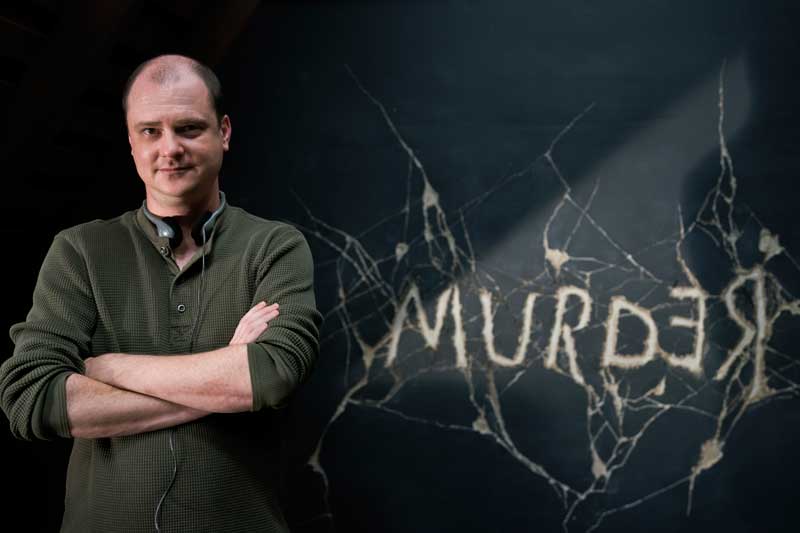 For director and screenwriter Flanagan, he’s still pinching himself that Doctor Sleep won King’s seal of approval. “We had the completely surreal experience of being able to bring the final cut of the movie to Bangor to show Steve. It’s the first time I’ve ever met him, and we sat in a theater next to him and watched the whole movie. I don’t remember much because I spent the whole time staring at him. He must have felt really weird,” he recalls.

But when King leaned over as the final credits rolled, placing a hand on his shoulder and saying, “You did a beautiful job,” Flanagan promptly fainted.

“I woke up to Trevor [Mace, producer] fanning me awake in the lobby,” laughs the director, whose previous horror outings include Oculus and the acclaimed TV series The Haunting of Hill House.

Regardless of King’s personal disapproval of The Shining, McGregor was hesitant to sign on to a sequel of the iconic film.

“Doing something that’s associated with a classic, famous movie is always interesting. But if it’s not good, then you don’t want to be a part of that.

“So at first there was a trepidation about tackling something that’s linked to The Shining, but then when I read the script I was so impressed, I felt like it was a different kind of movie.

It’s not like we’re trying to remake The Shining. Instead it’s borrowing characters and some of the cinematic language of that film, but it’s much more, and it’s not nearly as claustrophobic as The Shining was.”

No stranger to psychic phenomenon, McGregor tells STACK about living in a haunted house during his drama student years. “I was living in Manor Park in London and there was something very strange about that house. I was actually burnt there one night, wearing a robe. I was burnt from out of nowhere. I took my robe off and the whole back of it was singed – and there was nothing on fire.

“But there had been a man who died there in the basement in a fire,” adds the actor, who immediately left for the weekend but was forced to return as he had nowhere else to live.

Thereupon a ceiling fell in on his head in a nightmarish scenario involving a roommate. “But I had nowhere to go so I had to stay for another few months where my door would open at night, the phones would ping at night and it was really scary. I eventually got the hell out of there.”

Among Doctor Sleep’s broader strokes is a notion that if you have a gift that other people don’t understand, then somehow they might suck the life out of that gift; that one must hide any special abilities for fear somebody could exploit them.

Curran certainly feels that way. “I feel like people who have a special gift are squashed in order to fit the normal mould so I think this film speaks out for them.”

McGregor concurs: “There’s a sort of fear of things we don’t fully understand. I think about my kids being at school in Britain, where if you are really good at something at school, you get totally picked on.” 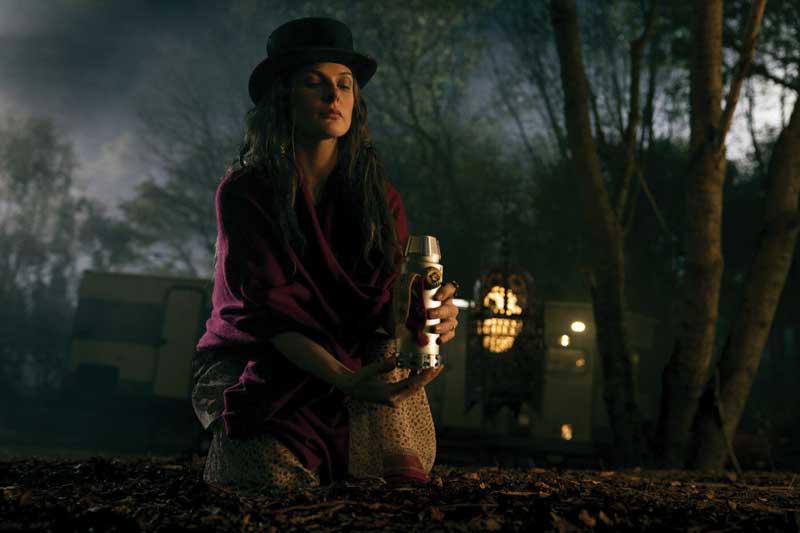 Rebecca Ferguson as Rose the Hat

Swedish actress Ferguson – best known for The Greatest Showman and the Mission: Impossible films – was delighted to be cast as the villain. “I was so exhilarated when I read the script; those parts rarely come to me,” she says. “I enjoy watching people like Jessica Chastain do roles like this, but didn’t think it would ever happen for me.”

After learning she was cast as Rose the Hat, she began her research in earnest. “I immediately started watching interviews with female serial killers,” she says, eyes glinting. “I find the darker aspects of people fascinating.”

Ferguson also became obsessed with Ted Bundy. “There’s something very still and also very intelligent about him. That complete passion towards the selfish need of something, whether its an addiction or the urge to kill.

“But in the case of Rose the Hat, she does it because she loves her family and needs to feed them. It’s done from a place of love, not hate. There’s about nine people in her own family but all the families are dying off because there‘s not enough ‘steam’ or ‘shinea‘ to feed them all.”

Dressed in hobo chic as a caravan traveler, Ferguson’s beauty and unlikely attire makes Rose the Hat’s killing urge all the more lethal.

“She’s terrifying,” says Curran. “The True Knot is absolutely evil, but it’s conflicting having them as antagonists, because they look like regular people.”