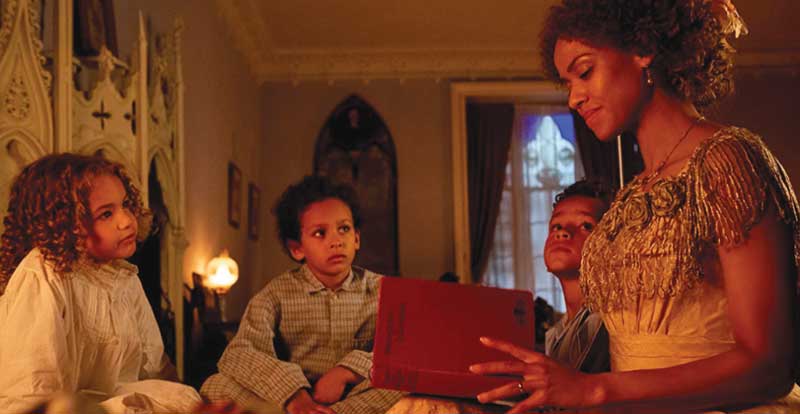 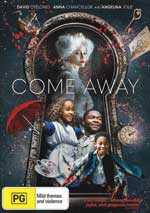 Unlike her former colleagues at Pixar, Oscar-winning Brave director/writer Brenda Chapman had little desire to direct live action. Yes, she’d seen Brad Bird (The Incredibles) go off and direct Mission: Impossible – Ghost Protocol while Andrew Stanton (Finding Nemo) spread his wings with John Carter, yet Chapman was quite content immersed in a world of animation.

But when a delightful whimsical script came along with Angelina Jolie and David Oyelowo already attached, she found it hard to resist.

“I’d watched so many of my animation colleagues strive to do live action and then just have a horrible time, even if the film did great, so it was a whole different world that I just wasn’t that interested in until I read this script,” she says of Marissa Kate Goodhill’s fantastical story, Come Away, which reimagines Lewis Carroll’s Alice in Wonderland and J.M. Barrie’s Peter Pan as brother and sister.

“I wanted to try something different and I felt like this was the one. Animation is such a planned process, so I was finally ready for a little spontaneity,” Chapman tells STACK.

And Come Away was not short on spontaneity – especially when Jolie was unable to complete scenes at the London set, forcing the crew to follow the actress to California where they constructed a replica of the film’s family home.

“It was the only way we could keep Angie in the film,” she says. “It matched perfectly, so it was seamless in that sense. It was just hard getting used to a new crew, but everyone was professional and did a great job.” 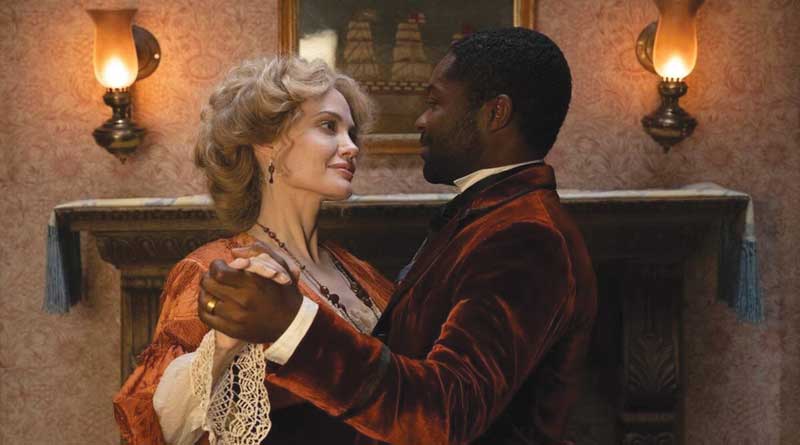 Set in late-19th century England, Come Away sees Jack (Oyelowo) and Rose Littleton (Jolie) encouraging their three children, David, Peter and Alice (Reece Yates, Jordan Nash and Keira Chansa), to indulge their vivid imaginations, playing in their garden and nearby woods in a storybook idyllic childhood.

However, their bliss is interrupted by unimaginable tragedy, of the likes Chapman had already helped interpret for the big screen, working on scenes for Mufasa’s death in the original animated The Lion King (1994).

“Part of the reason I took this job was to be able to dive a little deeper into how a family experiences tragedy,” she says.

“As with The Lion King, it was a very tragic moment, but we had to jump to humour not too long after with Timon and Pumbaa. Whereas in this film, I was able to explore more deeply what that might do to a family with addictions for the parents and the imaginations of the children, and how everyone copes with that tragedy in a more realistic way.” 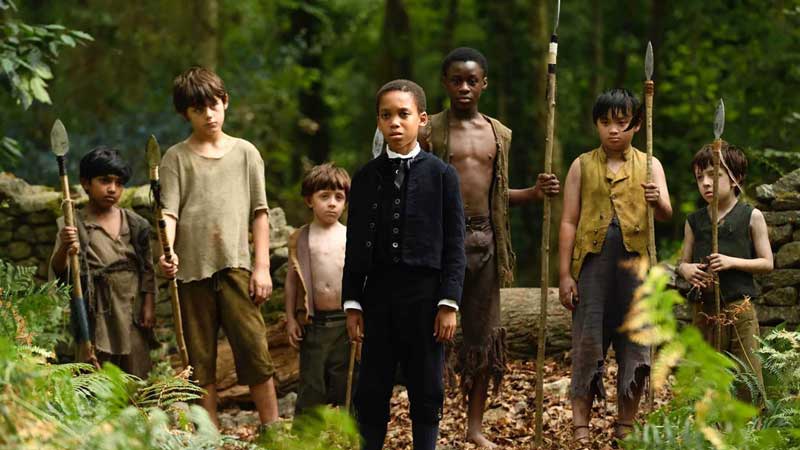 On set, she found an unexpected ally in Oyelowo. “I wasn’t expecting to cast a black man in the role and to have a multiracial family at the centre of the story. I took him aside at the beginning and said, ‘Look, I know I’m a middle-aged white woman, so I’m going to make some mistakes’. I told him I was willing to learn and asked him to hold my hand through the process,” says Chapman, adding that Oyelowo was also invaluable in helping with the young actors.

While this mixed-race version of 19th century Britain has rarely been depicted on screen, she argues that London was far more multiracial than previously shown. “London was a melting pot and yet the films of the past century have not reflected that. That was very exciting to David and made him keen to be a part of this story.”

Ask Chapman if there was any discussion of casting Jolie’s own kids in any of the young roles, and she says no. “It was brought up a couple of times but I don’t think her kids were interested. I think she wanted to keep them separate from that experience.”

While Jolie’s brood would often visit the set, she says they largely remained in the trailer. “They just wanted to be with mom, which I thought was really sweet. It wasn’t about the excitement of being on set, it was just about being with mom.” 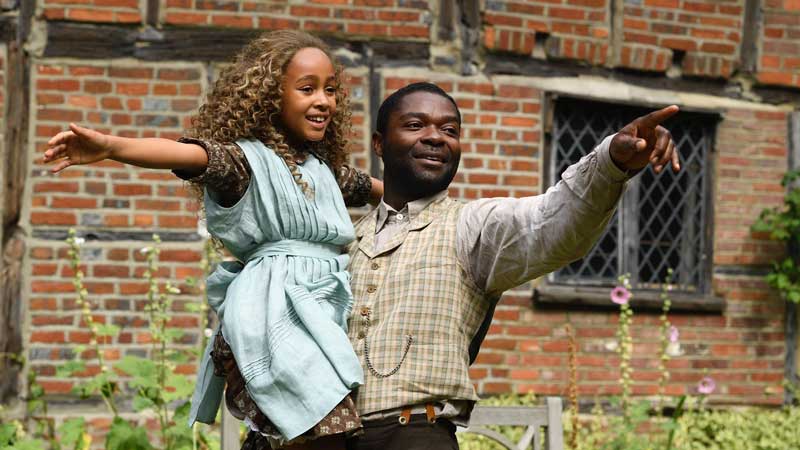 “I wasn’t sure for the longest time that we’d ever be able to just keep going. We’d make progress and then get pushed again, but it’s getting better. It’s still too slow but I think the #MeToo movement has really helped with making people hyper aware of what’s going on.”

For her own part, reflecting on her Brave experience where she was forced to share directing duties with Mark Andrews following creative disagreements with now disgraced Pixar boss John Lasseter, Chapman says, “I felt like I had already gone through the wringer before #MeToo, which maybe happened a little too late for my situation.

“But I was very supportive of it and, by time it came along, I was in a better position in my life and career; that I wasn’t having to deal with the people who had made my life difficult for a long time.” 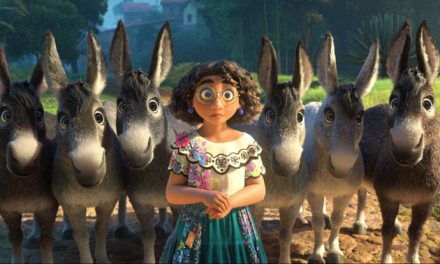 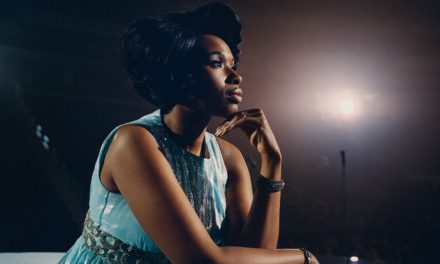 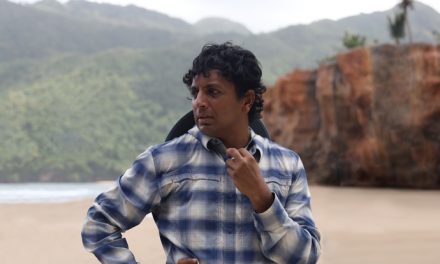 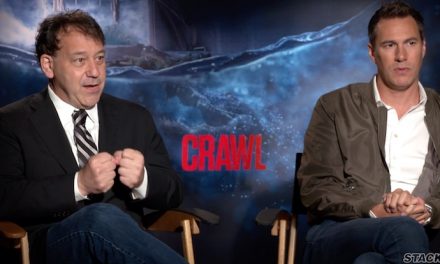