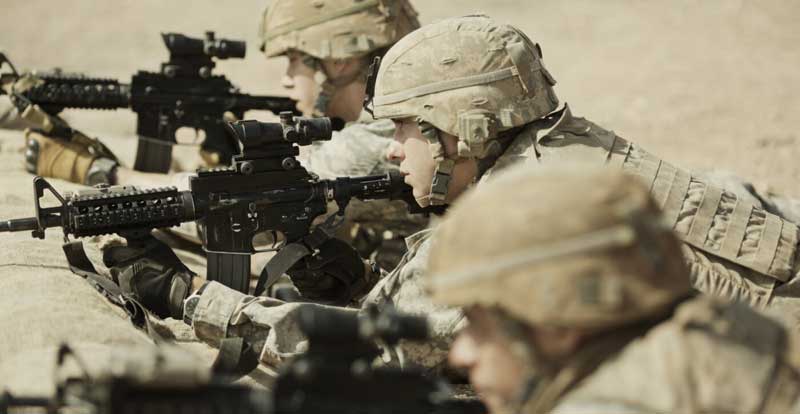 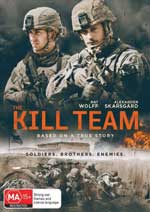 Writer-director Dan Krauss talks with STACK about adapting his acclaimed 2013 documentary feature, The Kill Team, into an intense war film.

A gripping war drama based on the 2013 documentary feature of the same name, The Kill Team combines the intensity of The Hurt Locker and the moral perplexity of Casualties of War. Writer-director Dan Krauss has crafted a powerful film about an American platoon in Afghanistan that is lead astray by a murderous Sergeant, played by Alexander Skarsgård.

Speaking with STACK, Krauss reflects on one of his biggest influences coming from an unlikely source. “One of the big influences during the writing process was mob movies,” he says. “In many ways The Kill Team was the story of a mafia being created and I was interested in the ways that an older and more experienced – and more threatening – leader can twist and bend the intention and will of younger guys that look up to him.

“And so part of the fun, for lack of a better word, in conceiving the narrative version of this story was creating a character that would be charismatic and threatening in equal measure. And trying to depict that character in such a way that the audience could understand how a young person could be drawn into his gravitational pull.”

Perhaps the most compelling aspect of the film is Alexander Skarsgård’s portrayal of a monstrous figure that is genuinely likeable. It is a difficult quandary to process and Krauss elaborates on Skarsgård’s ability to assume such roles with equilibrium.

“There’s so much that’s incredible about Alex … he comes to the table with an incredible awareness and understanding of narrative and character. He really was my peer in terms of helping craft the film. But as an actor, I think what makes him so special is that he has a real knack for creating characters that commit acts of monstrosity but have a deep charisma.

“It was very important to us that – although he does have a moustache in the movie – his character was not a typical moustache-twiddling villain. His motivation is not to commit acts of evil, and he has intelligence and a rationale that you can detect and makes us understand what drives him. In his version of the story he is the hero, and I think Alex did an incredible job of making that feel authentic and not a caricature.” 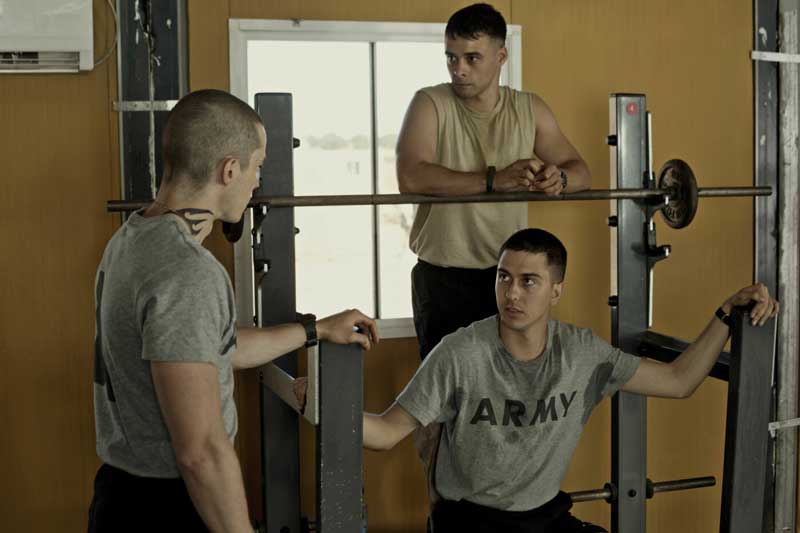 Having received accolades for his earlier documentary, we were keen to discover what compelled Krauss to adapt it into a film, and the challenges he faced in switching genres.

“I didn’t consciously make the decision to go for it until people started approaching me to adapt the doc into a feature,” he explains. “I remember at the time thinking that there were two paths I could follow; I could either sell the documentary, have it optioned and let someone else develop it, or I could take a crack at writing it myself. And I decided on the latter course because I wanted to keep my hands on the story that meant so much to me, and I didn’t want to let someone else take the reins of the story.”

Elaborating on the distinctions between documentary filmmaking and feature narrative, he says, “There were plenty of creative licenses taken in the course of writing and making the film. For me there were some facts of the story that were untouchable, and had to be told faithfully. The fact that at least three Afghan men were murdered, the influence of the squad leader in the unit, and the fact that this young soldier had tried to report the atrocities but was then bullied into participating. Those were untouchable facts that had to remain in the adaptation.

“But within that framework and structure, I had to give myself permission to capture the emotional essence of the pressure that was described to me by the actual participants. It was about taking the sense of disorienting fear, the sense of being pushed to the outside of a group that you desperately wanted to be on the inside of. Taking those feelings and creating a narrative that captured the essence of those emotions and allowed the audience to feel that dizzying sense of fear first-hand.”

The Kill Team will be available on DVD  from July 15. 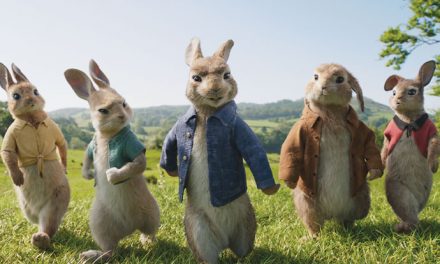 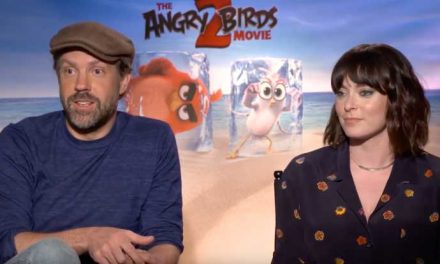