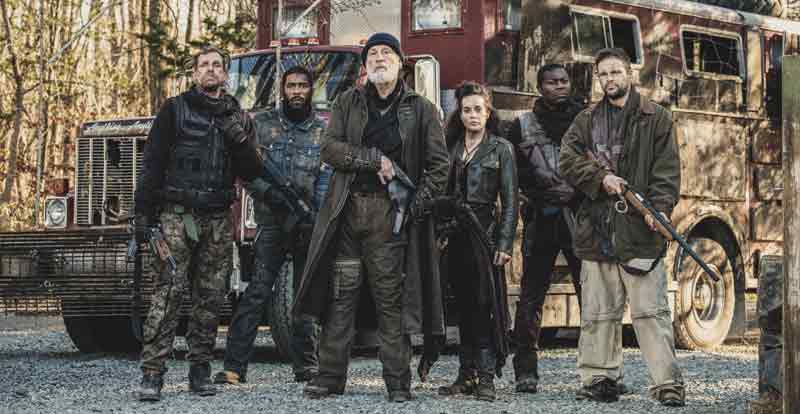 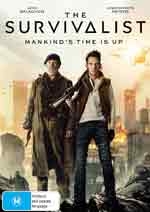 Director Jon Keeyes tells STACK how the COVID-19 pandemic ultimately found its way into his post-apocalyptic action-thriller, The Survivalist.

There is no upside to Covid, but it does provide opportunities from time to time. It wasn’t long before the Wuhan outbreak that director Jon Keeyes was writing his script for The Survivalist, a film that takes place in the aftermath of a global pandemic. Fortuitous might be a gross description, but with one simple tweak of his script the film became socially applicable and scarily realistic.

Speaking with STACK via Zoom, Keeyes explains how the coronavirus influenced the story’s direction.

“It takes place a year and a half after a Covid variant has wiped out about 90 per cent of the population. Civilisation has collapsed, marauders run the countryside, and such. In November of 2019 the producers contacted me and said, ‘We need you to put together an action movie, what can you do?’ While working with Matthew Rogers [screenwriter] on another movie, he came up with The Survivalist.

We had no idea about Covid – it wasn’t a thing yet. We developed the story and then he wrote the first draft of the script, and that first draft was done right around the same time that Covid took the spotlight. 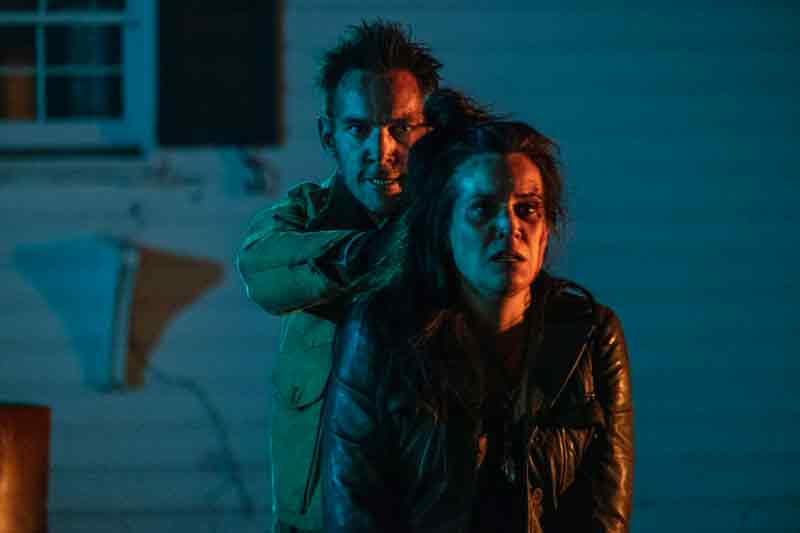 “That original version of the script wasn’t specifically Covid, it was a non-described pandemic,” he adds. “But by the time things opened up enough for us to start filming again here in the States, we decided to change it to Covid.”

By attaching the current pandemic to his film, Keeyes has successfully conjured a level of anxiety and fear that might not have prevailed otherwise, and in an attempt to maintain creative license, he set his story far enough in the future that all parallels and plausibilities were at a safe distance. Or so he thought.

“The funny thing is that we decided to go several variants further out, so that it’s not so, you know…” he explains. “We came up with Covid Delta, and it just so happened that [the film] came out just as Delta actually hit in the US.”

The Survivalist stars Jonathan Rhys Meyers as a former FBI agent protecting a young woman (Ruby Modine) from a merciless crew of renegades (led by John Malkovich), who believe she is immune to the virus. Holed up at an old ranch, the protagonists fend off the attackers in a classic showdown taken straight from the ‘book of westerns’. 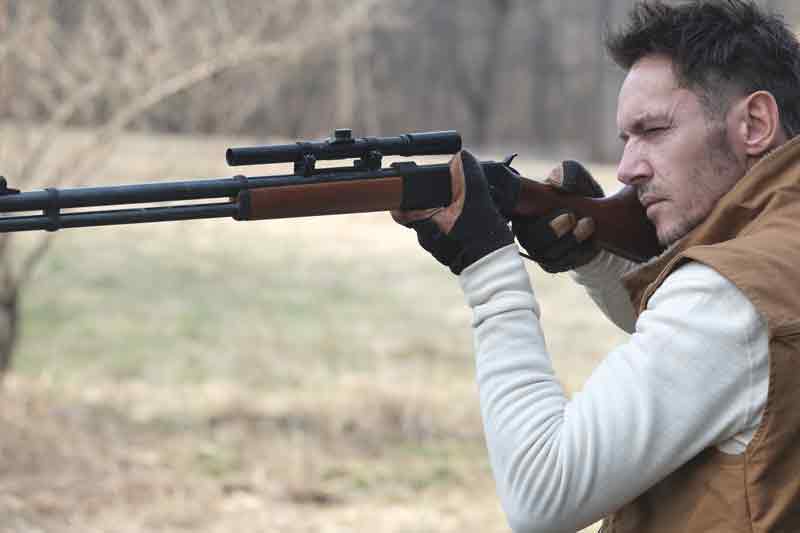 Keeyes confirms the western genre was indeed a strong influence. “We referenced a lot of classic westerns, Rio Bravo, 3:10 to Yuma and movies like that. And my DOP, Austin F. Schmidt, and I started working on the look of the film very early. We wanted to have some of the grunginess of a post-apocalyptic film but also some of the style of a western film.”

Production designer, Caley Bisson, was instrumental in finding the right location. “Caley was the one who found this ranch. It was an old horse ranch that had just been sold and so it was empty. And there’s a big open space between the house and the barn, a big courtyard, and we nicknamed it the O.K. Corral” he laughs. “There were so many things about that location that we embraced, that helped elevate that western vibe to the movie.”

Every movie poster needs headline names and with Rhys Meyers and Malkovich taking top billing, The Survivalist also stars Julian Sands as Rhys Meyers’ late father, in what can only be described as one of the most ideal father/son pairings in recent memory. When asked about such formidable casting on a low budget production, Keeyes reveals how his relationship with Malkovich got him onboard. 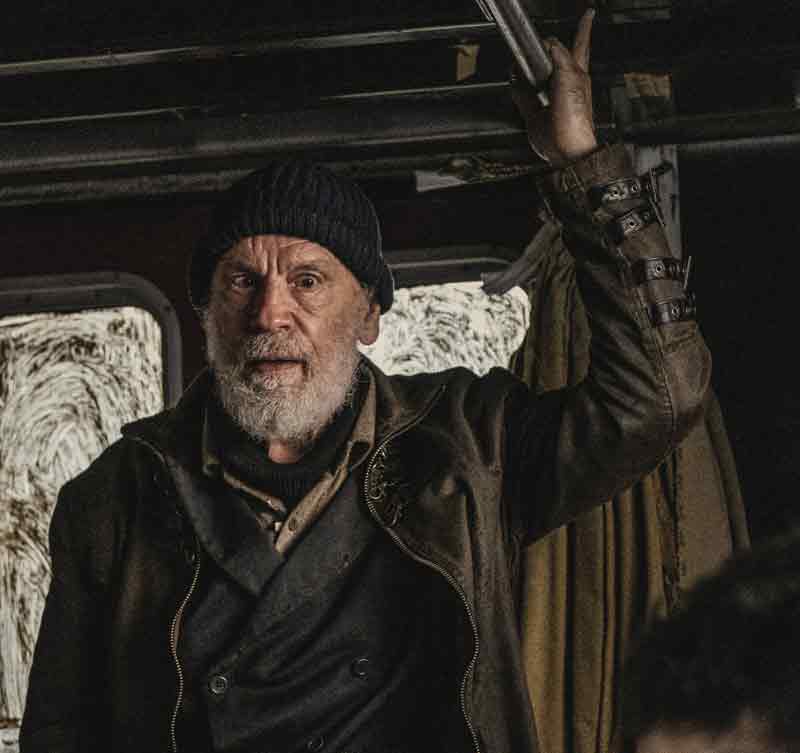 “I directed a film called Rogue Hostage about four months before The Survivalist and John Malkovich happened to be one of the stars of that. John and I clicked, we became very good friends, and as that film ended he called me up and said, ‘Listen, if you’ve got another movie, I’d love to do it.’ So when The Survivalist came around I called John, he read the script, and called me back immediately and was like, ‘We gotta do this!’

“We knew Jonathan Rhys Meyers’ manager pretty well and thought, ‘Let’s go after Jonathan.’ He read the script and he responded really well and was happy to jump on board.”

As for the striking father and son dynamic, Keeyes reveals a quirky coincidence involving Julian Sands. 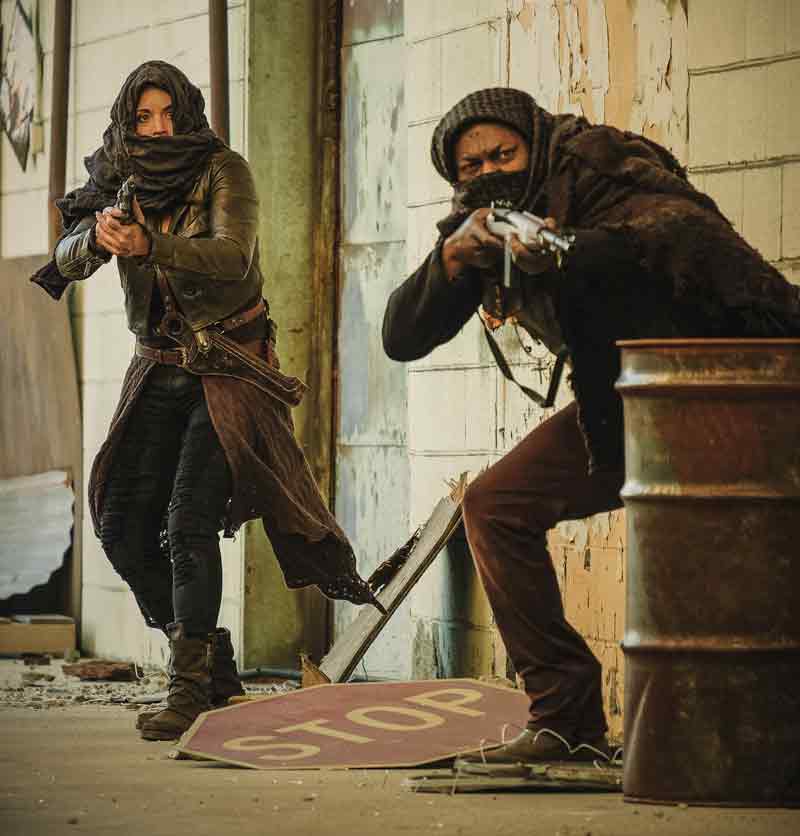 “[The casting of] Julian was really funny. John Malkovich and Julian Sands are old friends all the way back to The Killing Fields some 30 years ago. John called me up one day and was like, ‘Hey, have you cast Jonathan’s father yet?’ I said no and he said, ‘I talked to Julian and I spoke so highly of you and he would love to work with you.’ The funny thing is, as we found out, Julian had starred in a Michael Winterbottom movie many years ago, and Jonathan Rhys Meyers had been hired to play the younger self of Julian Sands, because they looked so alike. So having them as father and son was perfect.”

Keeyes reveals that another Hollywood star was featured in The Survivalist, as the voice of a radio host who ushers the viewer through the onscreen turmoil and chaos. “We got Lori Petty to do the voice of the radio operator. I wanted a very distinctive voice, seeing as we never see her. She did such a great job.”

The Survivalist is a gripping dramatic thriller that will appeal to fans of Children of Men, and with similar themes exploring the nature of man and that old adage of the road to Hell being paved with good intentions, it is a story of particular significance in today’s age of social divide. 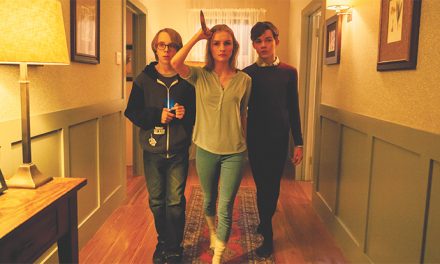 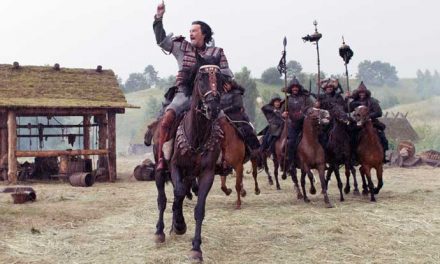 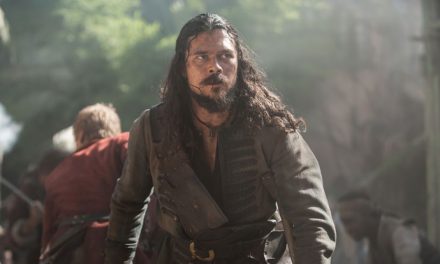