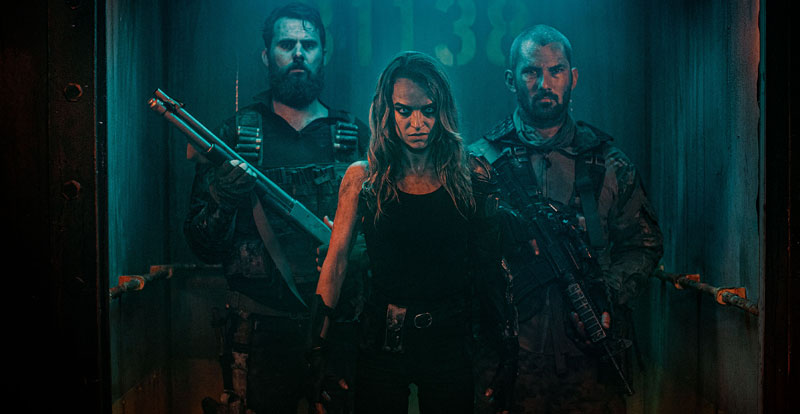 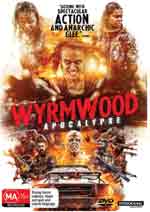 Wyrmwood was a little Aussie zombie movie that came out of nowhere in 2014 and caught everyone off guard. Made on the smell of an oily rag, it took the popular walking dead horror sub-genre and slapped an extra coat of Mad Max onto it. The result was a badass, ultra-violent and highly stylised thrill ride that was frayed at the edges and incredibly gritty.

With a total larrikin attitude, director Kiah Roache-Turner subverted an ever-weary genre, invigorating it with a new lore unto its own, and helped to usher in a new era of Ozploitation, the likes of which hadn’t been seen on the big screen for decades.

Roache-Turner and his creative partner, brother Tristan, followed Wyrmwood with the retro-centric sci-fi comedy Nekrotronic, before putting the wheels in motion for a follow-up to their runaway debut hit. 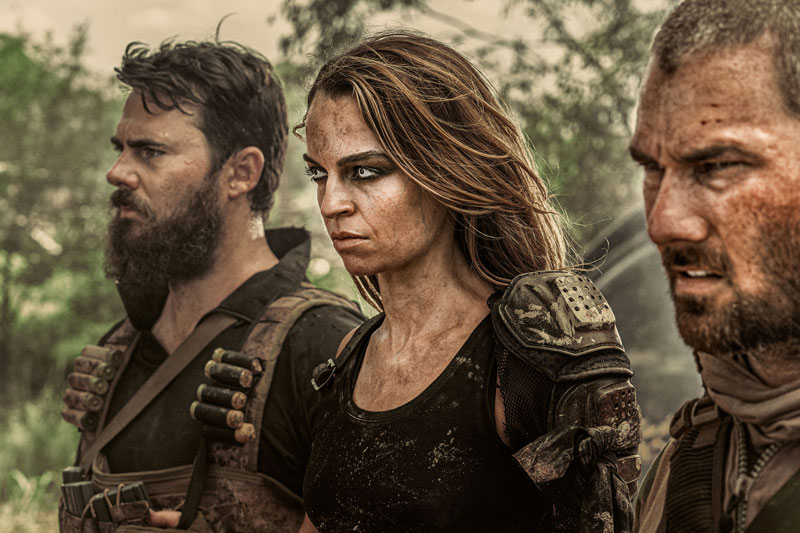 STACK caught up with Kiah via Zoom to discuss the highly anticipated sequel Wyrmwood: Apocalypse and was met with an exuberance of energy and excitement.

“I’m sure you’ll love this one. If you’re a Wyrmwood fan, it’s sort of bigger. It’s got big clanging balls that the other one didn’t have. Actually, you know what it is? It’s Mad Max 1 and Mad Max 2. Mad Max 1 is kind of creakier but it sets up the whole world. And Mad Max 2 is just like pedal to the metal and does not f—k around from start to finish. And it’s kind of similar with our thing, you know?” 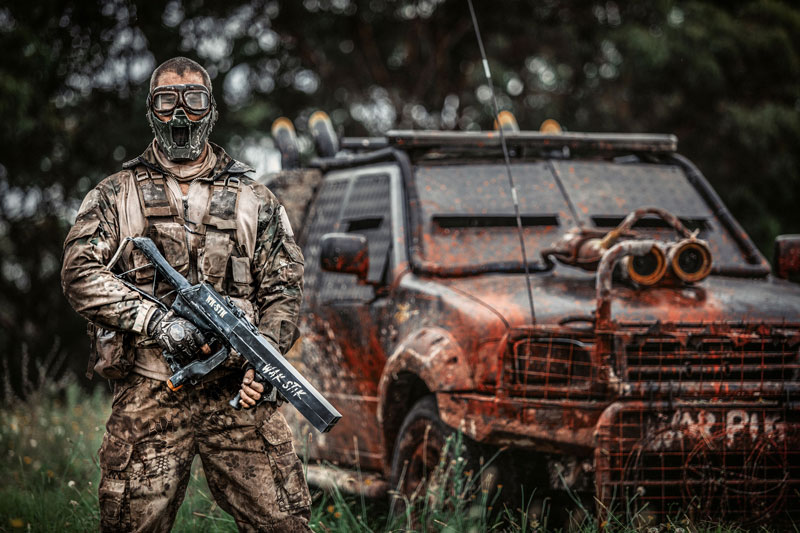 Kiah has an infectious enthusiasm for his new film, and horror movies in general, and like a kid trying to explain the latest episode of Power Rangers through a gleeful stutter of excitement, he elaborates on his previous comparison.

“The first one is like Mad Max 1 crossed with Dawn of the Dead. And to be clear, it’s the Romero Dawn of the Dead. You know, the Snyder Dawn of the Dead is like a 95 million dollar film, it’s a different beast. But when I made Wyrmwood, I didn’t mind that it was a bit gritty and it was a little bit of a throwback to the old ‘70s exploitation movies. I really wanted it to feel like Evil Dead 2 with better lighting.

“Actually Evil Dead 2 was pretty well lit,” he backtracks with a laugh, “so I don’t know what I’m even talking about. This one is a bit more pro. This would be Mad Max 2 crossed with Dawn of the Dead, with a cyborg zombie thrown in just for good measure.” 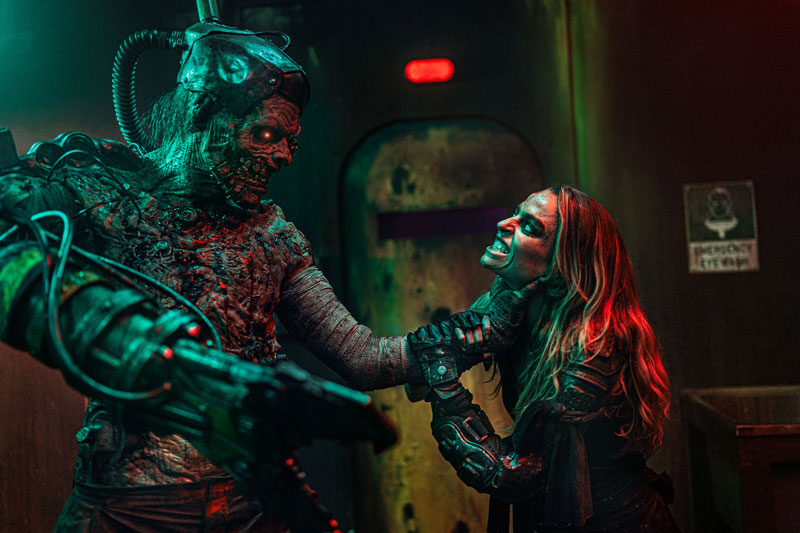 With that sorted, and our whistle wetted, we ask about the origins of the sequel, when it was first conceived, and what became of the ill-fated TV series continuation?

“We always wanted it to be a riffable franchise, where we just sort of riff endlessly for as long as people will continue to allow us to make these movies. ‘World Building’ is a bit of a cliché but that’s what we wanted to do, because I grew up watching Star Wars and all that kind of stuff. And I love the world of Evil Dead. I love the world George Miller set up with Mad Max, and quite frankly we just got the sh–ts with waiting for him to make another film, so we just thought, ‘Oh well, let’s just shoot one in our backyard – and Wyrmwood happened.

“So we always wanted a sequel. Ironically, the opening scene in Wyrmwood: Apocalypse that you will see, it’s the post-title sequence. The title comes up and then we open with this man alone in an electrified enclosure with a fence around it, and all these zombies trying to get in. And he’s got a zombie that’s attached to and runs his BBQ, and he’s got a zombie tied up to a stake that he uses for boxing practice. It’s got a birdcage around its head so it doesn’t bite him. So that scene was written 12 years ago. That’s the first thing we wrote for Wyrmwood. 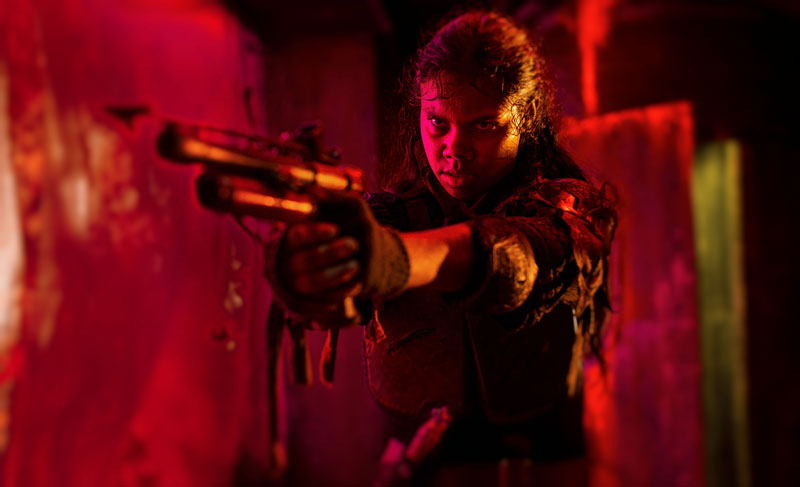 “And we did have a TV series planned,” he continues. “After we made the first one I just wanted to try television, but it had to be good. It’s like if we can’t make Breaking Bad with zombies, then what the f—k’s the point? If we can’t make the greatest ever zombie television series then we don’t want to do it.

“So we wrote the pilot and we wrote a very detailed pitch bible and we shopped it around. We went over to LA and talked to a bunch of good companies and I realised quickly that a) the television world is very hard to crack, and b) we weren’t going to get a budget that I was confident with to be able to make it the best ever. But then I knew that if we made a film I could knock it out of the park, so we just went back to the idea of making a feature, and I’m really glad we did. 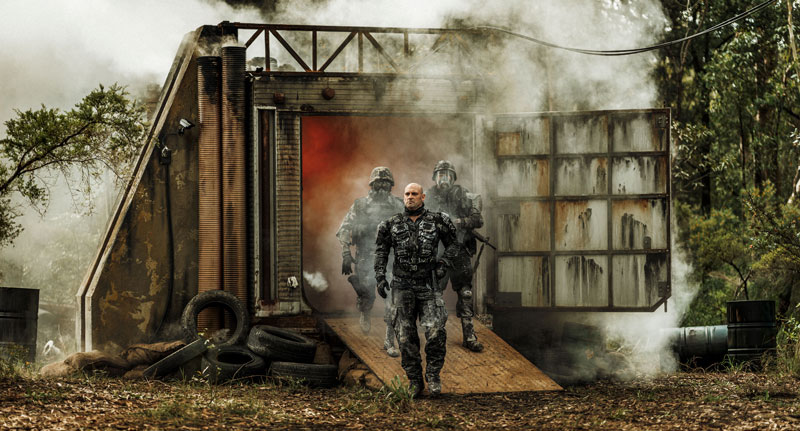 “You get to the end of a thing and you kind of know if it kicks arse or not,” he adds. “Like, the public will decide whether they like it and whether it will make money. And the reviewers will decide how good it is. But really, all of that doesn’t matter because I love the film. I’ve seen it 150 times now and I’m like, ‘This is fine, there’s nothing wrong with it.‘ If you make a film that you’re proud of … you’re 80 per cent there, ya know? So I’m pretty happy with what we’ve done.”

We couldn’t let Kiah go without asking about an inevitable third instalment, to which he responds with amusement, “Heaps of people are like, ‘When’s 3 coming out?’ And that’s the funny thing of the film – you spend four years making it and you break your butt, and the first question is, ‘When’s 3 coming out?’ It’s like, give me a break! Let the wounds heal from the last one. But to be honest with you man, yeah, I’m raring to go. I’d love to make Wyrmwood 3. I’ve already started jotting down ideas. Like I said, as long as they keep letting me do it, I’ll do it.” 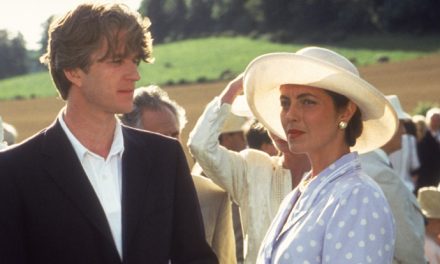 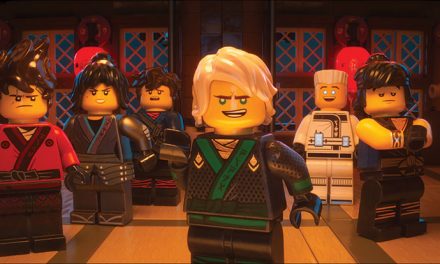 Finding the LEGO Ninja within ya! 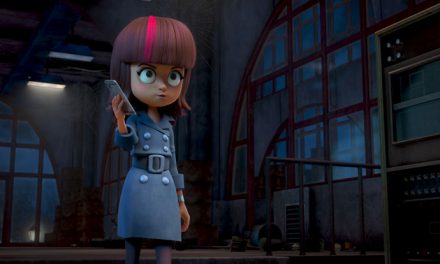