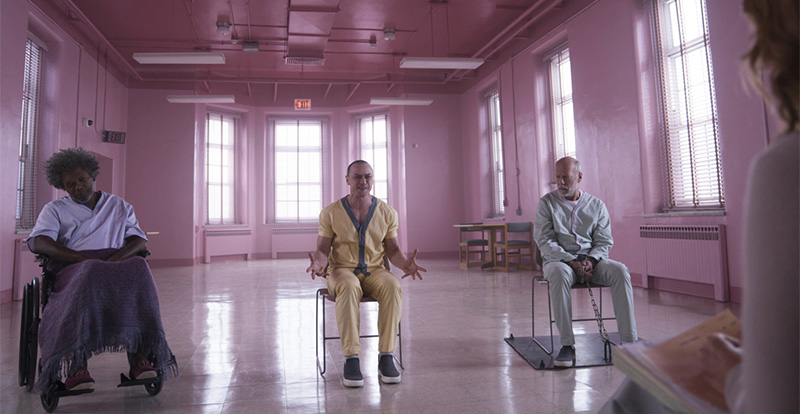 Master of suspense M. Night Shyamalan has waited 19 long years to conclude his comic-book thriller trilogy which began with 2000’s Unbreakable, followed by 2016’s Split. Now his vision is united in Glass.

Glass also features Anya Taylor-Joy’s Casey Cooke, the only captive to survive an encounter with Crumb’s persona of The Beast. Sarah Paulson joins the cast alongside Unbreakable’s Spencer Treat Clark and Charlayne Woodard, reprising their original roles as Dunn’s son and Price’s mother.

Following the conclusion of Split, Glass finds Dunn pursuing Crumb’s superhuman figure of The Beast in a series of escalating encounters, while the shadowy presence of Price emerges as an orchestrator holding secrets critical to both men.

When M. Night Shyamalan made Split on a budget of US$9 million three years ago, he included a wink to the fact it was a part of the Unbreakable world, although his crystal ball didn’t predict he would ever be able to combine both universes, produced by two different studios – Disney and Universal.

But when Split went on to rake in US$278 million at the global box office, suddenly everyone was talking.

“So I was very, very lucky,” a beaming Shyamalan tells STACK when we meet in New York. “I didn’t know it was gonna happen and that we would be here today. It‘s a very unusual situation.”

It didn’t hurt that Glass, like its predecessor Split, is co-produced by Jason Blum, a master of low-budget, high-box-office results.

“I do feel, for both companies, they know it’s going to be a win,” ventures Shyamalan. “Because we make it so small; I’m paying for them, they’re just my movies, and then I deliver them.”

He hesitates when STACK asks which was scariest – getting two studios to agree or persuading his three stars to return for seconds?

“I’ve never written a screenplay where the same actors have to play the part. I always write originals so, if you say no, I’m still gonna make it in some form.

But with Glass, I needed these three guys to do it. So that was the scariest for me, because when I’m committing, I’m falling in love with this idea.”

Thankfully everyone was on the same page.

When McAvoy signed on for Split, he had no idea it would clear a path to Shyamalan’s grand trilogy.

“I didn’t quite get that it was linked to Unbreakable and certainly didn’t understand that it was gonna potentially be a three movie thing,” he says when we meet. “But I started to figure it out in rehearsals. ‘Oh, wait a minute, this is linked to Unbreakable? OK, that’s really cool,’ and I was like, ‘Does that mean it’s gonna go further?’ and Night says, ‘If we make enough money on this one, yes…’ It all comes down to money, doesn’t it?” he adds sagely.

After the intensity of all his Split personas, McAvoy could be forgiven for thinking twice.

“Nah, bringing back all the characters was fine,” he grins. “It was developing 10 new ones… I think there’s 20 in all, in this one.”

When asked how he keeps track of his multiple personalities, he says, “It’s actually fine, because we take such a long time making the movies, so everything is quite compartmentalised.”

Working with Willis and Jackson was a treat, he says. “Sam is a brilliant actor with a verbal dexterity I find educational to be around. He’s the most experienced actor out there, and it just shows.” 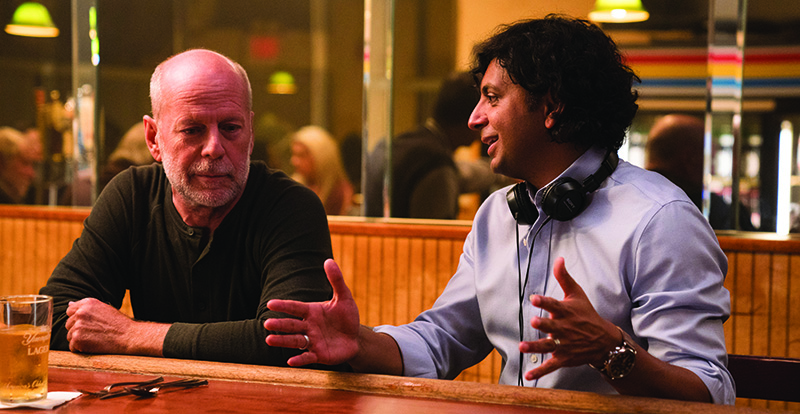 And he grew up on Willis, watching him in Moonlighting. “I loved Moonlighting, when I was probably too young to really enjoy it, but I found it very funny and the connection between him and Cybill Shepherd was just really affecting as a young boy. So, getting to work with somebody who’s been an icon my entire life and share a scene with him was remarkable.

“There’s a very different energy between Sam, me, Bruce and then Sarah Paulson, in having those four very different energies at play against each other. Bruce, in this movie, is the epitome of, not reluctant hero, because I don’t feel he has a reluctance, but he’s a tired, older man who’s still having to absorb people’s sin and still going out there trying to do what nobody else can do.

“But then, he’s still a very vibrant guy who can still go to the bar and have a good time. On camera though, the weight he brought to it, the heaviness on his shoulders, was just palpable.

“Then you have Sam doing verbal somersaults, me doing actual somersaults, and Sarah Paulson arguably playing the antagonist, but also giving one of the most emotionally vulnerable performances in the film while locking us up and messing with our heads, so it’s interesting.”

Jackson has the last word. “It’s been 18 years since I did Unbreakable and Glass starts two weeks after Split ends. So I know Kevin Crumb’s out there in this thing called The Beast, somebody new I need to explore…”

Filmed in an abandoned mental hospital in Allentown, Pennsylvania, he shudders at the memory.

“That was one spooky, scary, nasty place with rooms full of water torture devices and sh–t. The people who still work there say strange sh–t happens there, and we can testify to that. It’s a place where you really don’t want to be alone.”

Glass is in cinemas January 17. 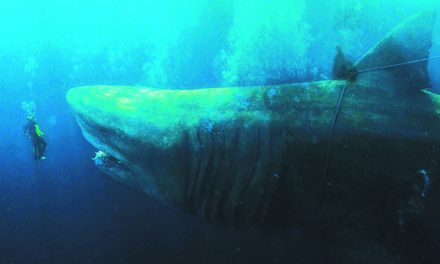