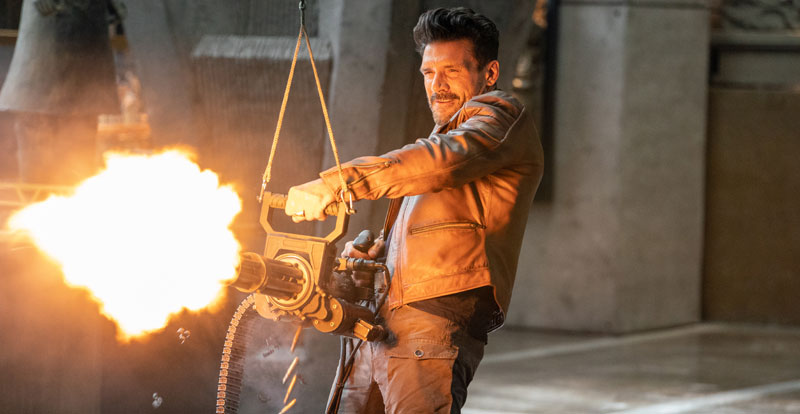 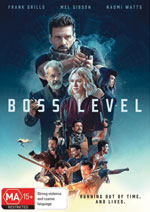 After a long career featuring in action films like Captain America: The Winter Soldier, Warrior and Zero Dark Thirty, Frank Grillo is used to getting beaten up on set. He just didn’t expect his latest hit to come from Mel Gibson, his co-star in action-thriller Boss Level.

“Mel accidentally elbowed me in the face and totally dislocated my jaw,” Grillo tells STACK, flinching at the memory.

Not wishing to upset the esteemed Oscar-winner, he didn’t even mention it to Gibson at the time, working through the pain. “I continued the scene with my jaw dislocated for the next eight hours. A doctor come in and she literally stuck her hand in my mouth over and over again to put my jaw back into place. I never told Mel, although we all laugh about it now,” says the 55-year-old tough guy.

Certainly, there are no hard feelings.

“What I love about Mel is that he was the biggest movie star in the world, and maybe the best-looking guy I ever saw, too, when you think about Mad Max. I’d work with him again any time.

“Mel isn’t the guy trying to relive his youth. He’s more interested in directing and he’s happy to do things that he really digs, but he’s not trying to recapture the Mel Gibson of yesteryear, which is so cool. He leans into the fact that he’s 65 years old,” says Grillo, who also serves as a producer on Boss Level. 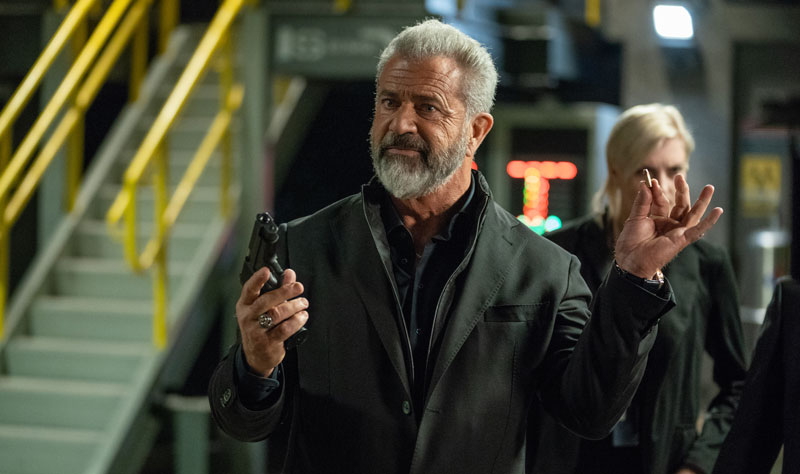 Without revealing any plot spoilers, Gibson’s evil but charming Colonel Ventor delivers some hilariously off-colour lines, which, given the actor’s controversial history, he might have shied away from.

“He totally gets the joke and understands what people may think of him and so he was game,” insists Grillo. “He’s OK with the controversy and, having now become really good friends with him, I see him as a guy who has obviously made some mistakes, like all of us, and has now changed his life. He’s a great friend, a great father and an amazing actor. It’s a gift to get to be around one of your heroes.”

Directed by acclaimed filmmaker Joe Carnahan, best known as the writer-director of Narc, Smokin’ Aces and The Grey, Boss Level is an action film like no other. Grillo’s Roy Pulver has a problem like few other characters we’ve seen on screen: Every morning, he’s slaughtered by assassins in different ways. Sometimes he’s shot, then blown up, or beheaded, or stabbed – then that day starts anew, on and on, for reasons he can’t figure out. 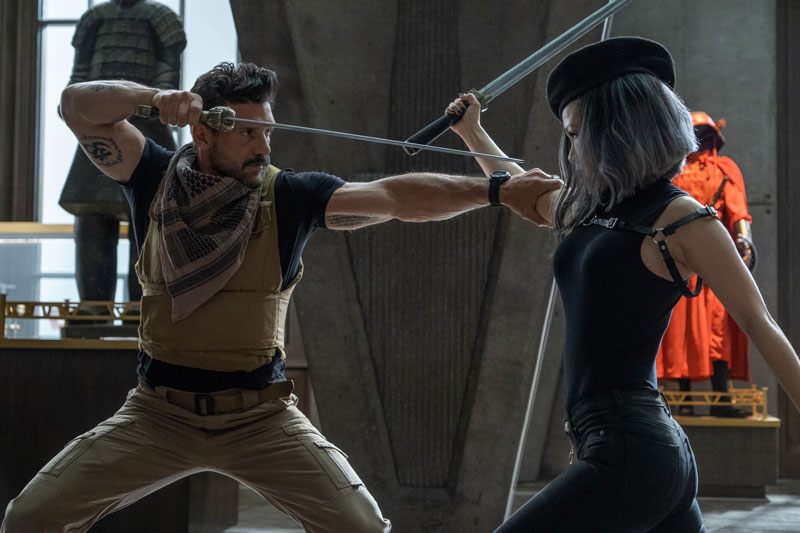 A former Delta Force member, Roy needs to figure out why he’s stuck in this repeating loop in time and space, how he can save his ex-wife (Naomi Watts) and 11-year-old son, and what Gibson’s evil military scientist wants with something called “The Osiris Spindle.” By setting things right, Roy can become the best version of himself – but only if he can save himself from being killed again.

Grillo believes his role as Roy to be a culmination of all his hard-won skills learned first as a high school wrestler and, later, featuring in more than 100 TV shows and films including End of Watch, The Purge: Election Year and The Grey.

While his co-stars are typically men, he was thrilled to have Naomi Watts portray his ex-wife in Boss Level. “She’s phenomenal and brings the best of the best to the film and raises the cache of the marquee,” he says. 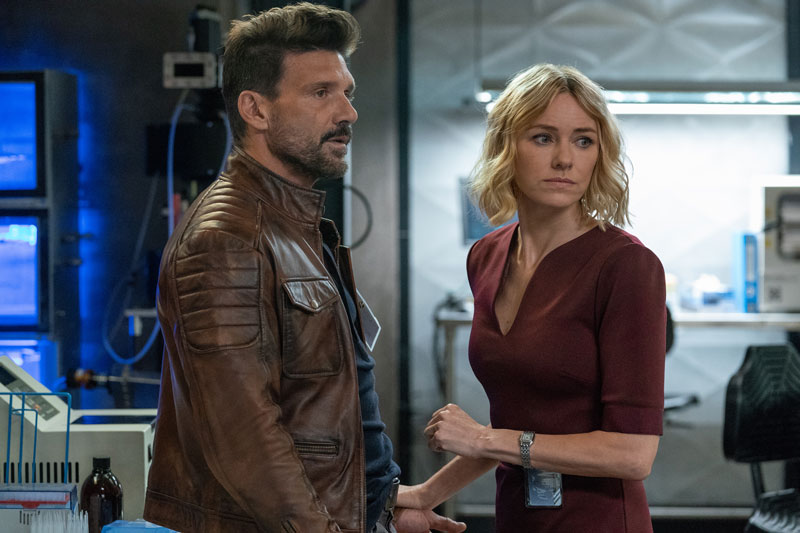 Having worked with some of the finest actors on the planet, Grillo’s favourite co-star in Boss Level was his own son, Rio Grillo.

“Rio plays mine and Naomi’s son in the film and he was phenomenally professional. He made everyone who thinks acting is so serious seem silly because he’d never done it before, and he stepped on the set and did just as good as anybody else.”

If Grillo claims to have travelled twice around the planet for work, then Australia is still on his bucket list.

“Which is crazy,” he says, “because after WWII my entire family moved from Italy to Griffith [NSW] and the only ones that came to America were my grandparents. Growing up, my whole family was in Australia, so I consider myself an Australian because everyone I know in my family lives there. I just got offered a movie in Sydney later this year so I’m praying it comes through so I can finally come home.” 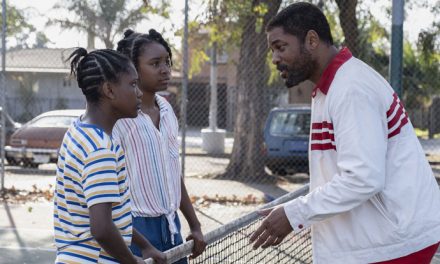