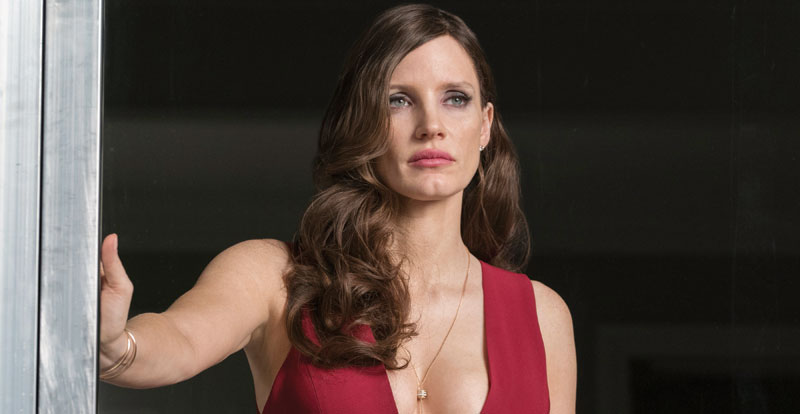 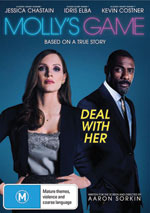 Jessica Chastain talks to STACK about playing real-life poker hostess to the stars, Molly Bloom, and working with renowned screenwriter Aaron Sorkin, who makes his directorial debut with Molly’s Game.

“I didn’t know anything about her before I got offered the part,” the actress admits when STACK speaks with her during a visit to Sydney. “I had googled her after I read the script and was surprised that it was all a true story. I thought that Hollywood had juiced up the facts to make it more interesting, but no. It was shocking to me to discover how much of it was true.

“I loved Molly’s humour, her intelligence, I loved the underdog story – a woman becoming successful in an industry that is filled with men. And I liked the real Molly Bloom,” she adds, having met with Bloom – and those who’d played in her poker tournaments – to prepare for the role.

As the real power player in a domain of powerful men, it was Molly’s resilience that Chastain admired the most.

Molly’s Game marks the directorial debut of Aaron Sorkin – the Oscar-winning screenwriter of The Social Network and creator of TV’s The West Wing – who knew from the very beginning he wanted Chastain to play Molly Bloom.

The opportunity to work with Sorkin, whom she describes as “one of our greatest writers, if not the greatest writer in the American film industry”, was a major draw for Chastain, who laughs when I ask if Sorkin directs with the same vigour as he writes.

“Yeah. It’s his directorial debut but he is absolutely a filmmaker, and now he’s finally starting to do this. I guess the thing with Aaron is he’s very confident. After a couple of takes he’d be happy and usually it was the DP or someone else who would say, ‘Can we have a few more takes?’ But he’s very confident in his directing style, and I imagine he must be that way with his writing as well.

“I’m happy to work from an instinctual place, but also a technical place, and I think you can also get that from someone like Aaron,” she adds. “As a writer he’s not precious with his words, but he’s very clear about what he wants.” 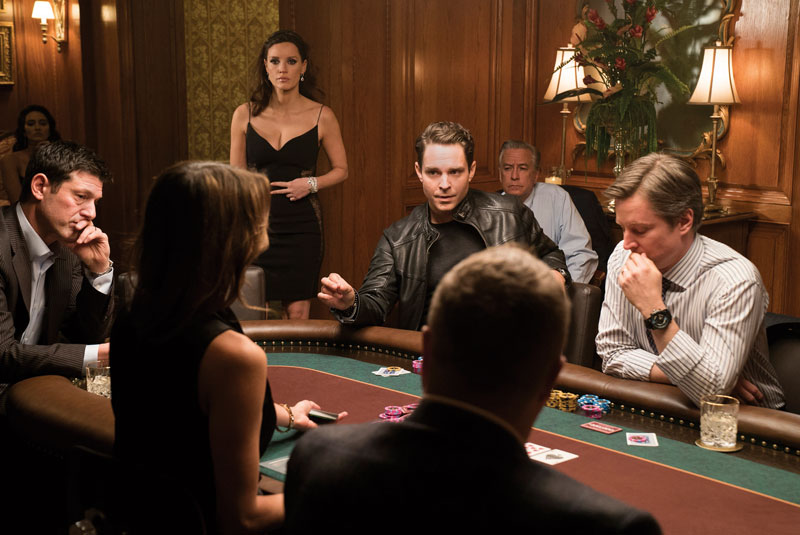 The real Molly Bloom was also taken with Sorkin’s treatment of her story, according to Chastain.

“There were a lot of people interested in telling her story, but they were focused on the shiny objects – the movie stars, the poker, the money and the sex,” she explains. “I think she responded to Aaron’s take because it was such a multi-layered take on society and on this woman’s journey.”

As part of a recent resurgence in great roles for women, Chastain’s portrayal of Molly Bloom puts her in good company alongside Frances McDormand in Three Billboards Outside Ebbing, Missouri and Sally Hawkins in The Shape of Water. Does she believe that Hollywood has finally woken up to the appeal of a strong female protagonist?

“This year is an incredible year for women,” she agrees. “Not only in terms of the critically acclaimed and award films. If you look at the United States, the top three films at the box office were films with female protagonists. I think people have begun to understand that stories about women are just as interesting as stories about men, and they’re also realising that making a story about a female protagonist is good business – they make money.” 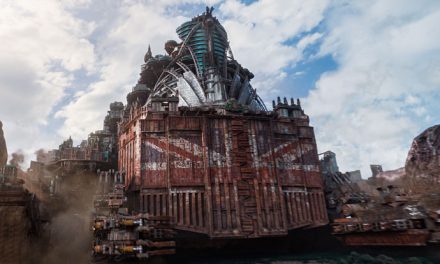 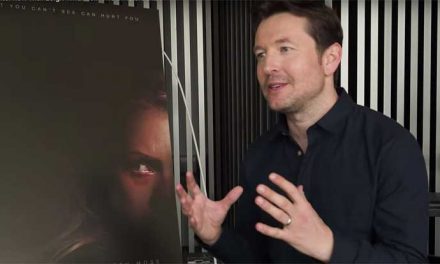