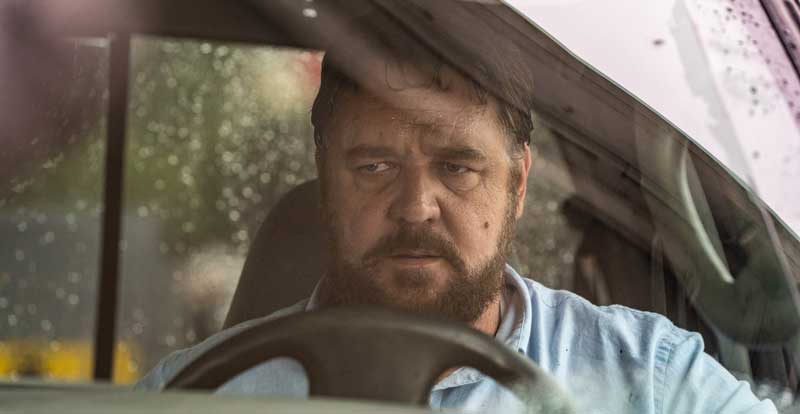 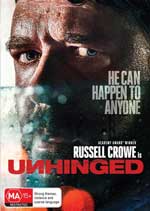 As the antagonist in the intense new thriller Unhinged, Russell Crowe delivers a truly frightening performance. But it was a role he initially intended to turn down…

A simple horn blast to signal a move-along at a traffic light results in a terrifying game of cat and mouse between a single mother (Caren Pistorius) and a glowering stranger (Russell Crowe) who has hit rock bottom and now has nothing to lose.

Transforming a common road rage incident into a more sinister scenario, Unhinged delivers a relatable – and relentless – exploration of the dark side of human nature.

Upon first reading the script, Crowe says he was determined not to do it. “I was scared sh-tless of that script,” he laughs. “This character is intensely dark… and when I heard that come out of my mouth, I was like, since when did I stop doing that? That’s basically what I look for, the challenges.”

The actor explains that his instinctive response to decline the role was due to the character’s irrational nature. “There wasn’t any decision-making infrastructure that I could believe in that would bring him to that place, there was only the result of his sort of singular belief that his life meant nothing and everybody else was to blame for that,” he elaborates. 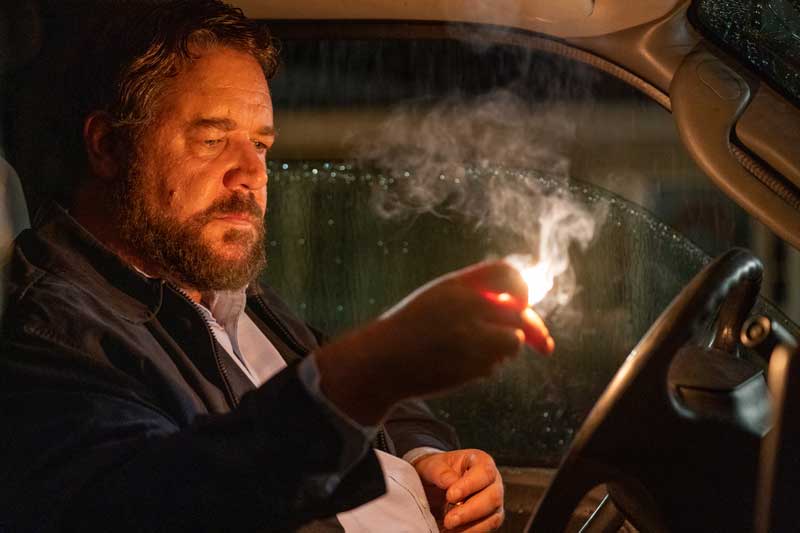 “I didn’t want to do a character like that, because I’m fundamentally worried that that’s actually where we are. I thought about it for a while and I met with Derrick [Borte, Director] – it was a meeting where I’d already pre-decided that I wasn’t doing the gig anyway, but I was just going to have the meeting. We got on very well and we started to talk about what was in there, and potentially, what shouldn’t be in there, because there were a lot of words to start with.

“You can’t justify the actions of a character like this, you know? It’s an individual decision that he’s made and he’s gonna do what he’s doing, but there is no justification, and we both agreed on that. So therefore, the challenge becomes can you play a character that has absolutely zero charm or, you know, humanity?

“He’s disconnected on all levels, and then that started to be interesting to me, and particularly as we keep seeing things like this play out in front of our very eyes. People who perhaps pick up a gun, or in this case, turn on the engine of a car, and have the full intent of using that to its most destructive possibilities.”

Although having played characters throughout his career that have displayed outrageous behaviour, like Romper Stomper‘s Hando, Crowe notes that there was always scaffolding beneath that gave those characters a licence to behave badly. 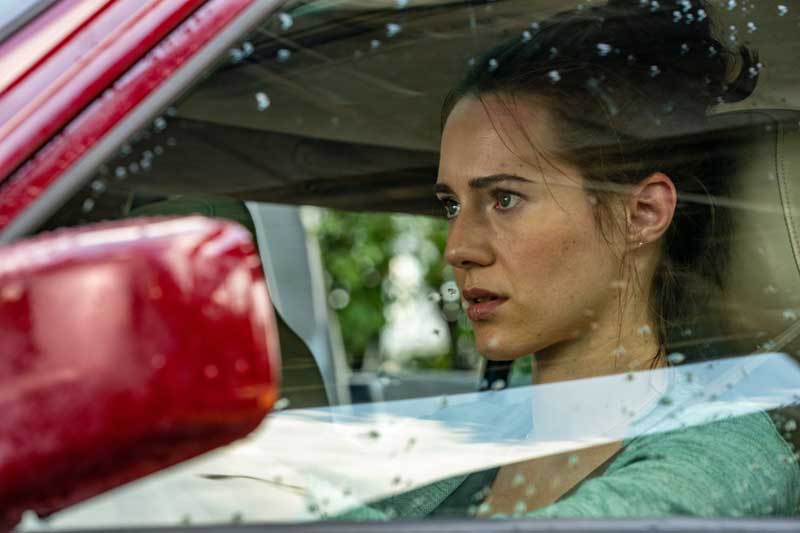 “But this was a different thing altogether. This was a very unnatural character to play for me, but I had a really good partner in crime. My relationship with Derrick was very simple, very easy.”

Despite the intense nature of the film, Crowe reveals that the mood on the set was quite the opposite.

“It was the most relaxed film set I’ve been on in 20 years. It was just chilled out, like, what are we doing today? Oh, we’re gonna crush the car with a truck.

“I really appreciated that relationship with Derrick and his artist’s eye. A mistake you might make in a film like this is trying to throw all of those justifications up on the wall and talk in terms of the complete list of society’s ills. But in a way, we all know that, because we’re all in the middle of that. Derrick was brave enough to take a more poetic approach, and by ‘poetic’, I mean the distillation of what the story is. Bringing it down to the type of engine that it has as it pumps through; it was a very enjoyable experience.”