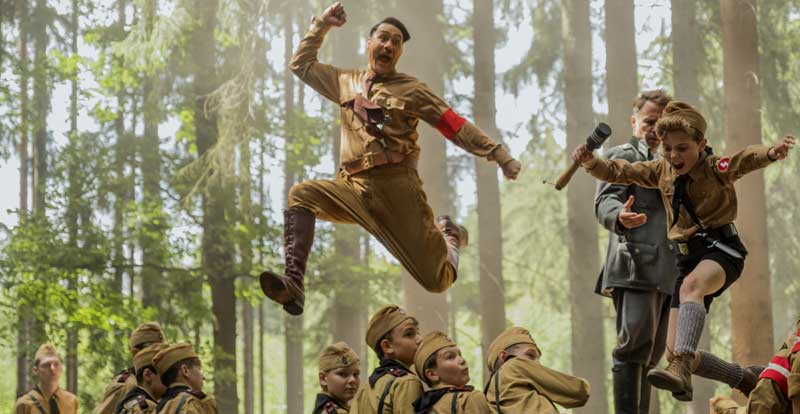 Following in a tradition that stretches from Chaplin’s The Great Dictator to Lubitsch’s To Be or Not to Be, Mel Brooks’ The Producers and even Tarantino’s Inglourious Basterds, Waititi’s dazzling takedown of fascist thinking never fails to amuse, using biting satire to convey serious issues with surprising warmth.

Jojo (newcomer Roman Griffin Davis), an 11-year-old boy indoctrinated into a Nazi youth camp, struggles because of his small size and leans on his own personal Hitler (played by Waititi) as a sounding board. This cuddly, energetic, pep-talking version of the Führer becomes an unlikely father figure to the boy with an egregious blind spot.

“Look, I’m a part-Jewish brown boy, so I think its OK for me to play Hitler,” says Waititi when STACK meets with him and the cast in West Hollywood. 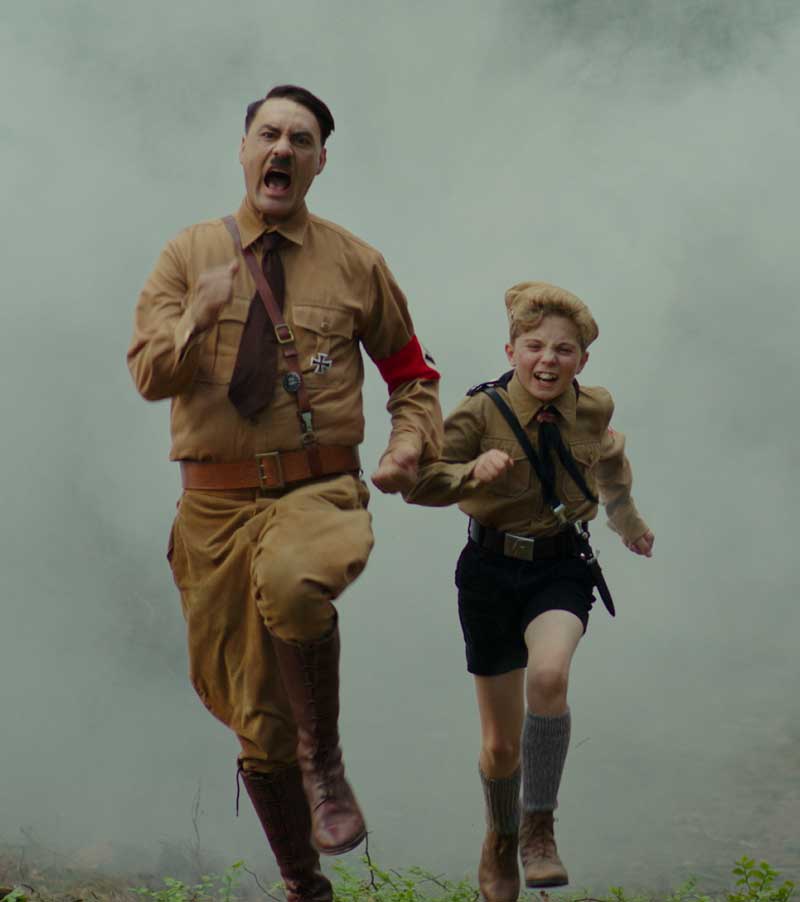 “Well there wasn’t as many Nazis around then,” quips the Kiwi director, also known as Taika Cohen. “I wish I could say that I could foresee this when I was writing this film in 2011 just waiting, but at the time it was more of a reflection of what children go through during wars and conflicts and how they see adults operating and what they take away from watching adults – especially in war when adults are acting like maniacs when instead they are supposed to be the people who are nurturing these children and creating a better world for them to grow up in.

“But when wars happen, that all goes out the window and nothing makes sense. And I was just fascinated with how children see that, seeing World War II through the lens of a child. I’ve seen films set in the war about children, but not really looking at how they experience war.

“Cut to 2019 and this film is coming out and there’s a rise of more neo-Nazis, hate groups and intolerance, so it feels more relevant and timely, even if that wasn’t the original intention.”

A mother in her own life, Johansson found it hard to yell at her young co-star Davis, who makes his professional acting debut portraying her son. “I found it extremely hard to scream at this innocent boy who I think was probably genuinely scared and shocked the first time I did it. She also scares herself a little bit, because she’s a single mom who is on the edge all the time, she’s scared for her life, her children’s life and nothing makes sense. Its interesting because it didn’t really strike me funny at all,” she says about first reading the script.

“It was actually hard to do it because it was quite upsetting. She’s lost so many friends, she doesn’t know what the future will hold for her or her son, and then she looks across the table and sees this little boy who in one moment represents everything that she hates. But it’s her own son, and she temporarily loses it, which felt quite scary to me, so much that I was overwhelmed and shaken by it,” says the actress whose performance has been hailed as hilarious and quirky, although she hopes it’s not all laughs. 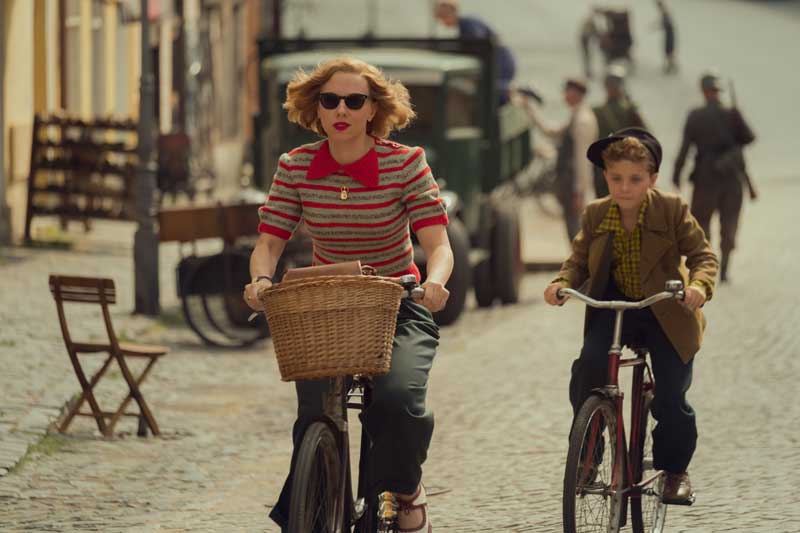 “Scarlett is actually like that; she’s a mother and she’s a funny goofball – you learn that when you hang out with her,” says Waititi. “But she’s also fiercely protective, and that’s really what I was looking for in that role. When I became a parent myself, I realised how hard it is. And trying to raise a child alone, it’s hard enough let alone a war, when you are trying to salvage whatever you can from your child who is being brainwashed and pulled away from you. And so you use whatever tools you can in this situation.”

Davis is clearly no longer scared of his screen mum, cozily sitting next to Johansson. “It was great and I learned a lot about filmmaking and life and energy on set and learning lines, that was quite big,” he grins.

“I was really intrigued how risky it was and how it talked about kids and the second World War and it talked more about the Germans in the war, not so much the opposition,” says the young actor who had learned about WWII and the Holocaust at school but, not so much, the Hitler Youth.

As hapless Nazis, Wilson, Rockwell, Alfie Allen and Stephen Merchant are truly an assortment of vaudeville buffoons, with Wilson delivering such memorable lines as “Now get your things together, kids, it’s time to burn some books!”

“It’s not every day you get sent a comedy script that is both funny and powerful,” says the beloved Australian comic star that plays Fraulein Rahm. “Apart from having to be Nazis, I loved working with Sam Rockwell, who’s the nicest guy.”

“I do think the film might ruffle some feathers but I hope people will see that it’s also quite a beautiful timely story about a boy learning to think for himself, to not swallow hook, line and sinker what he’s been told, but to question what he sees happening,” he concludes.

Jojo Rabbit is in cinemas on December 26 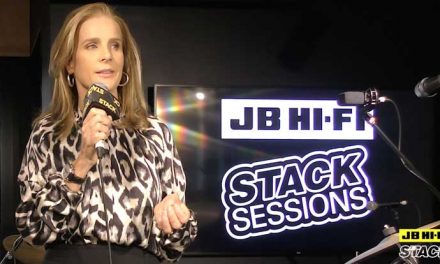 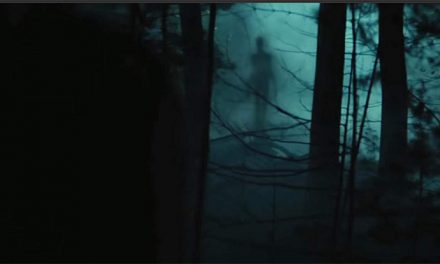 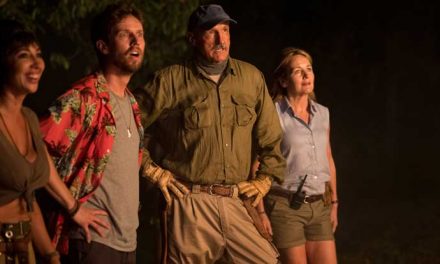