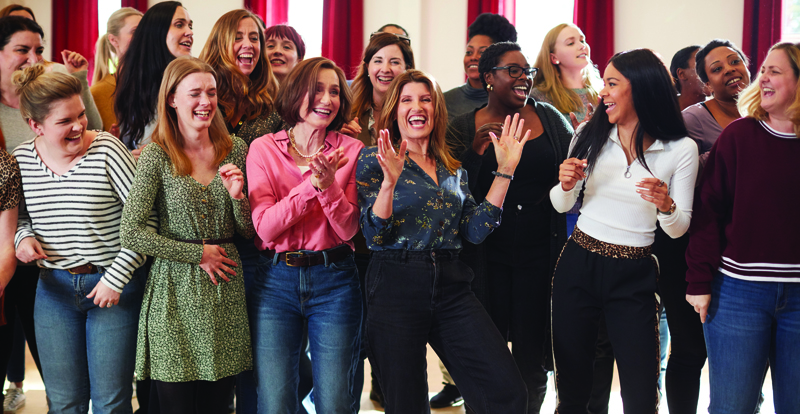 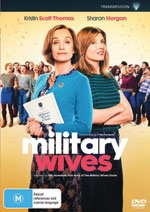 STACK caught up with stars Sharon Horgan and Jason Flemyng to discuss the new feel-good flick from the director of The Full Monty.

A successful actress, writer, comedian and producer, Sharon Horgan’s talents are indisputable. Singing, she figured, was not among them.

So when she was offered a role in Military Wives – the film version of the musical phenomenon that has changed the lives of wives and girlfriends of servicemen and other women with a military connection – it was a swift “no”.

Meeting with Military Wives director Peter Cattaneo (The Full Monty), she had planned on politely refusing his offer to star opposite Kristin Scott Thomas in this inspirational story of love and friendship among a women’s choir.

Instead she found herself saying “yes”. 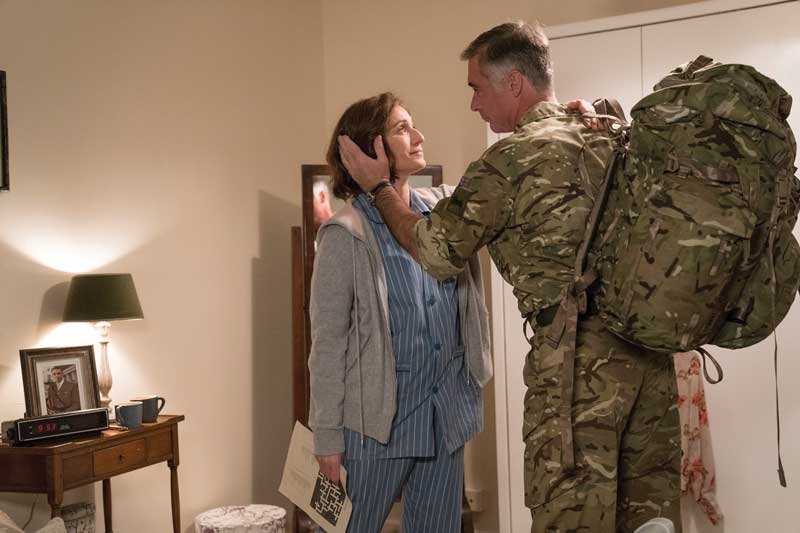 “I’m not a singer so I just didn’t know how it would work,” Horgan tells STACK over coffee in a Toronto cafe. “But Peter’s whole pitch was that they shouldn’t be singers. I mean they’re dull; just real women who needed this thing to give them a distraction. And actually, we were all in the same boat – all the actresses felt like they weren’t that good, apart from Jess (Gaby French) who discovers she has a beautiful voice.

“But the thing is, when you put everyone together and learn how to harmonise, it sounds good anyway, which is sort of what the film is about – that we’re stronger together,” says Horgan, best known for TV comedy series Pulling and Catastrophe as well as creating Sarah Jessica Parker’s TV drama, Divorce.

Inspired by the BBC’s beloved documentary following choirmaster Gareth Malone as he forms a special Military Wives choir to perform at London’s Albert Hall, the global phenomenon spun into a UK Christmas No. 1 for the ladies with an original song called Wherever You Are.

If that sounds like a tough act to follow, Horgan and Scott-Thomas enlisted in choir boot camp.“But Peter would always freak out if he thought we sounded too good, not that it happened very often,” laughs Horgan. 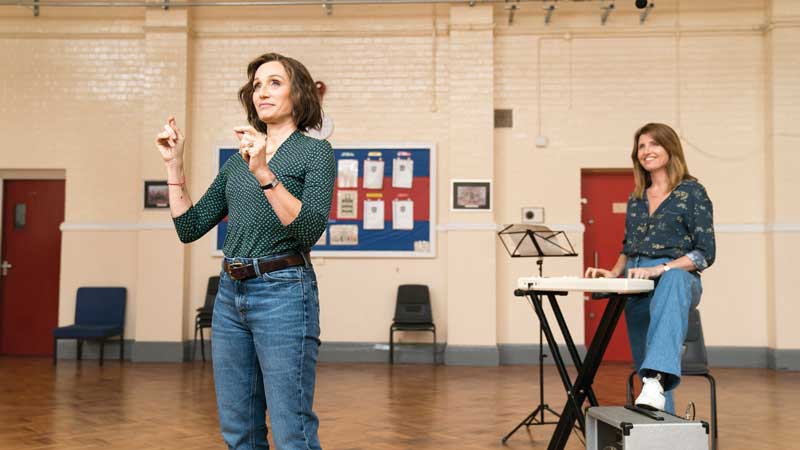 Filmed at RMB Catterick in Yorkshire where the first military wives choir was formed in 2010, Cattaneo says, “Perhaps the greatest draw for me was to make a film that celebrates the emotional power of music and the catharsis of singing together. All the singing was recorded live on set with the imperfections of an amateur choir to achieve an authentic sound.

“Families of service personnel move around frequently and it can often be tough to put down roots or make new friends which can leave women feeling isolated, particularly when loved ones are away for long periods of time. Research shows that singing in a choir helps to alleviate stress and contributes to an improvement in isolation, anxiety and depression,” he adds.

With more than 75 choirs across the UK and overseas, the military choirs have provided a lifeline to many of these women, their stories resulting in this feel-good crowd-pleaser.

Working with a largely female cast was heaven for Jason Flemyng. “I was raised by a single parent so, I’m very comfortable in women’s company,” says the Lock, Stock and Two Smoking Barrels actor who plays Crooks. “It’s a privilege. There was 30 great strong women and I loved that process of just being with them, because I was the only boy.”

Filming at the army base was invaluable to the cast in understanding the women’s daily lives.

“It was amazing,” says Horgan. “Jason really loved hanging out with us women. We were together a lot, just hanging out and sometimes getting drunk together. They were just a great bunch of girls actually and it really helped the sense of camaraderie in the film which I hope really comes across because we really did enjoy ourselves. I kind of miss them.”

If Cattaneo’s The Full Monty was all about the guys, then his Military Wives is all about the women – albeit without any nudity. But this shouldn’t deter male audiences, with Horgan pointing out, “I think how we talk when we’re not around men is always a surprise. That we can be just as raucous and rude and awful as the men.”