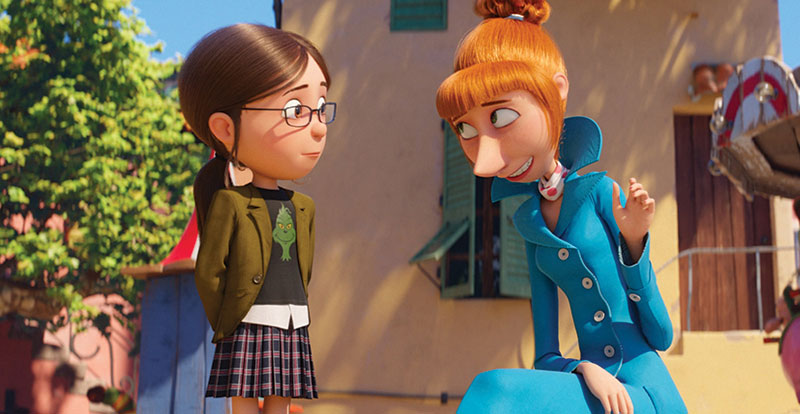 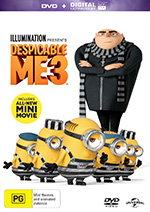 Miranda Cosgrove – formerly of iCarly – provides the voice for the loveable Margo in the Despicable Me films. Returning for Despicable Me 3, she notes it’s the Minions and the theme of family that keeps her coming back for more.

Though now known by many as one of Gru’s three daughters in the Despicable Me franchise, Miranda Cosgrove’s first big role was as Carly Shay in the Nickelodeon series iCarly. She then made her big-screen debut alongside Jack Black as the sassy Summer Hathaway in School of Rock (2003)

Cosgrove’s character in the Despicable films, Margo, has come a long way since the first – and so has the actress.

“It’s funny, one of the things I remember loving the most when I started, was their crazy looking dog,” she laughs. “I don’t think I realised when I was just hearing about the story how crazy some of the animation was going to be. It wasn’t until maybe halfway through filming the first one that I even got to see pictures of the Minions. I don’t think I even knew they were going to be in the first film.”

It’s funny, one of the things I remember loving the most when I started, was their crazy looking dog”

In Despicable Me 2, Margo gets a huge crush on a boy – but, of course, dad gets in the way.

“That doesn’t really work out because Gru doesn’t want her to like boys. Of course, it also turns out that the boy’s father is a super villain which doesn’t help either,” she laughs. “That’s kind of where her love life left off. Then in this movie she has another encounter with a possible love interest, but she’s not exactly excited about it.”

One of the highlights of returning to the Despicable Me series, for Cosgrove, is the adorable yellow goofballs known as the Minions. But that’s not the only thing bringing her back.

“I think it’s two things. First, there’s the Minions. It’s hard not to enjoy watching them do what they do. And then also because each film has been about family, especially with the first film centering on Gru becoming a better person by adopting the three girls.” 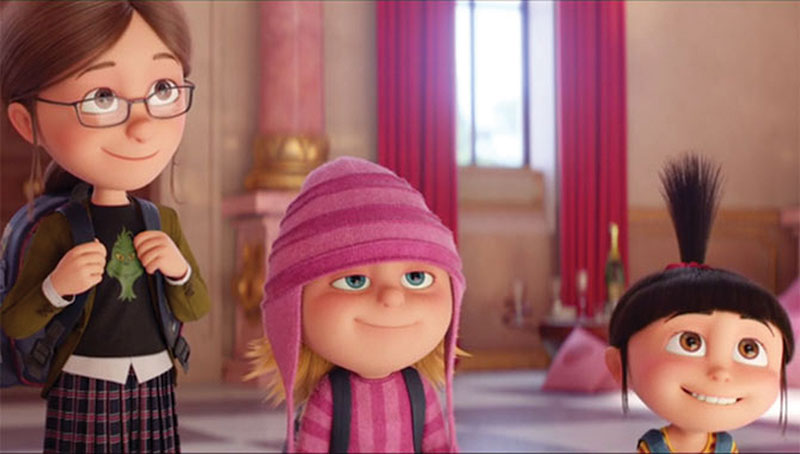 In Despicable Me 3, Gru (Steve Carell), Lucy (Kristen Wiig), and their three girls embark on a family holiday, only to run into Gru’s long lost brother, Dru. Along the way, the group also encounter a new batch of Minions, which begs the question – which is Cosgrove’s favourite?

“Well, my personal favourite Minion is still Bob, the one who has different coloured eyes,” she says, adding that she actually has a toy Bob at home. “So for me, he’s kind of the sweetest, the most loveable. And Mel is now the second. I really like him too. It’s kind of like a love-hate relationship between him and Gru in this movie. I thought it was funny how he’s the one leading all the other Minions to stray from Gru, to try to find somebody who really wants to be a villain still, but then in the end he’s the one who misses Gru the most. It was so cute.”

It’s likely we haven’t seen the last of Gru or the Minions, but does Cosgrove know what’s next for them all?

“I don’t know if there are any plans [for another sequel], but I would be completely up for it. I’ve had a great time making all three movies. I mean, I think it could be fun to see the girls help Gru and Lucy now that they’re a kind of a family of superheroes.”

Despicable Me 3 is out on September 20

Read our Despicable Me 3 review.