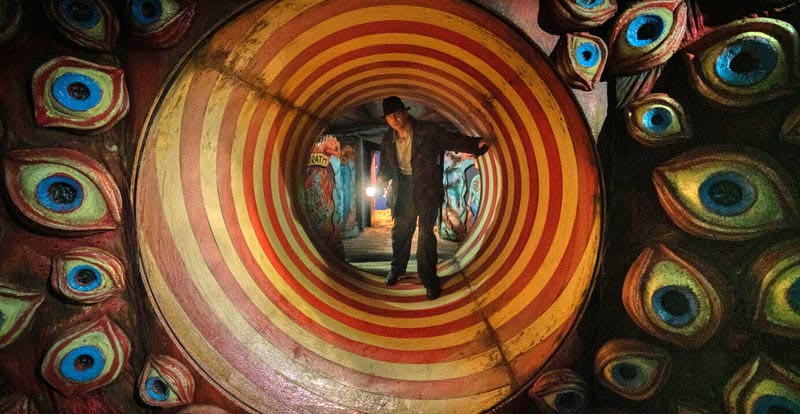 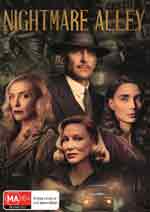 Guillermo del Toro’s Nightmare Alley has been in the works for almost 30 years, ever since Ron Perlman gave the filmmaker a copy of William Lindsay Gresham’s 1946 novel of the same name.

At the time, the novel was quickly adapted into a well-received noir psychological thriller starring Tyrone Power and Joan Blondell, which still stands the test of time almost 75 years later.

Initially daunted by the length of the book, del Toro finally saw a way to adapt it with co-writer Kim Morgan. “The entire book would have been impossible; it’s a saga,” says the writer/director/producer, who viewed Nightmare Alley as an opportunity to combine horror and noir without all his usual supernatural elements. 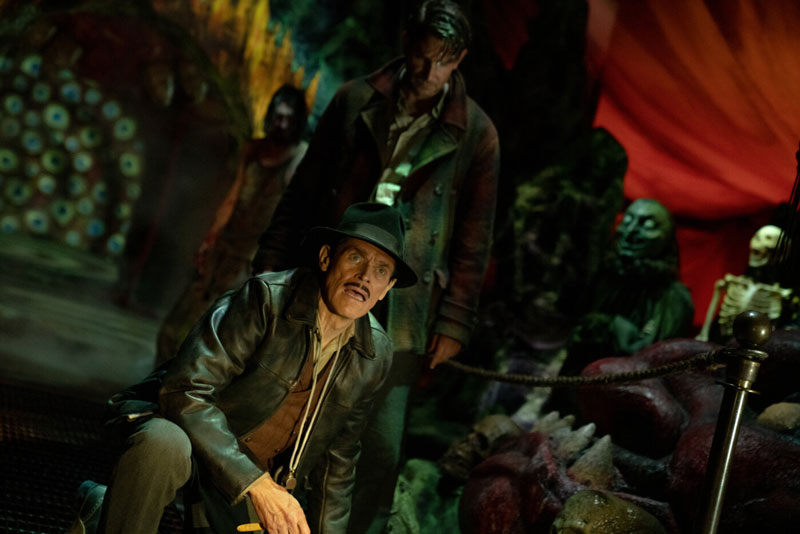 Heavily influenced by noir films like The Postman Always Rings Twice, The Long Goodbye and the various Raymond Chandler movies, del Toro tells STACK, “This is the first of my movies that, although it has a magical atmosphere, is not mannered or stylised. It’s set in a reality that is identifiable and immediate. Also it’s my first chance to do a real underbelly-of-society type of movie without any supernatural elements. Just a straight, really dark story.”

With  Cooper occupying practically every frame, he became a close collaborator, also serving as a co-producer. “We created everything around him as you would with a movie star in the 1930s – the haircut, the wardrobe, lighting, everything was tailor-made to Bradley,” says del Toro.

“What Bradley brings is incredibly moving,” he adds. “He has all the goodness, physical beauty and innate grace to show what could be for Stan. But at the same time, he has the skill to create a character of devastating darkness.” 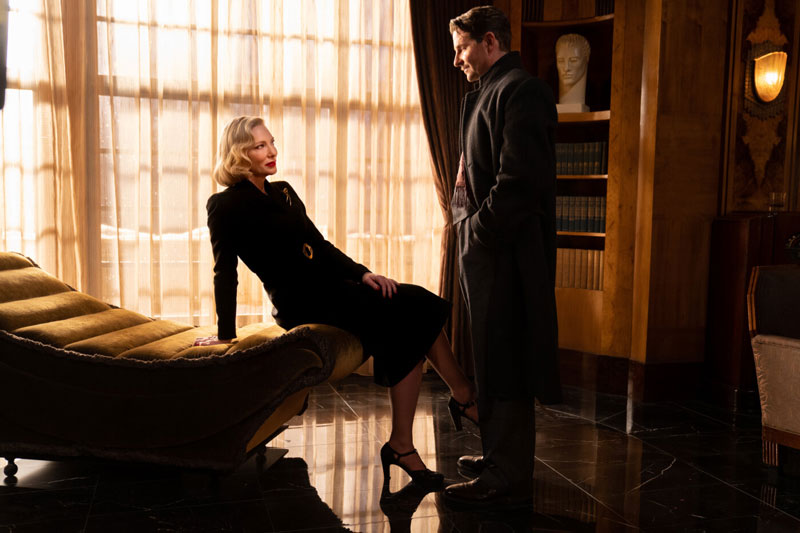 Split almost into two stories, Nightmare Alley moves from the inner circle of a 1930s travelling carnival, a realm of freaks and macabre wonders, to the halls of wealth and power where seduction and treachery reside.

At its core lies a man who sells his soul to the art of the con – Cooper’s drifting hustler Stan transforming himself into a dazzling showman and manipulator so masterful he comes to believe he can outwit fate. As Stan makes his delirious rise, del Toro tracks a reckless American Dream running off the rails.

Captivated by the world of the carnival, the director dug deep. “The carnival is an incredibly close-knit, hermetic society. It’s a place where people keep their secrets, and many are escaping a life of crime or a past they had to leave behind. And yet, they form a strong society. It’s almost like a microcosm of the world. Everybody’s there to swindle everybody. But at the same time, they know they need each other, and they protect one another,” he says. 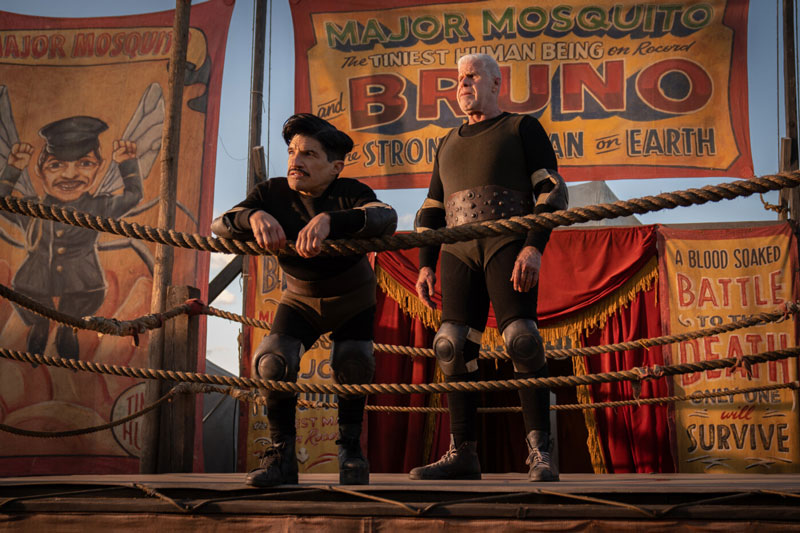 To create his slippery persona, Cooper focused on Stan’s Mississippi-based drawl.  “As an actor, you need to believe your character’s circumstances, because if I believe them, then chances are you’re going to believe them,” he explains. “Guillermo and I talked endlessly about the character, and we placed him as coming from Canton, Mississippi, so that was the start. It was really once I unlocked his voice that I felt the rest of the character was there.”

Not content with one femme fatale, del Toro selected three femmes for this movie. “I have three very strong female figures and an homme fatale,”  says the director.

To this end he cast Toni Collette as the savvy mentalist Zeena, who shares a physical passion with Stan and opens his worldview on how to operate in America. Then there’s the ingénue circus performer, Molly (Mara), who falls hard for Stan’s deceptive, aspirational optimism. And finally, the big city psychoanalyst Dr. Lilith Ritter (Blanchett), herself a survivor of physical and psychic damage, who sees through Stan and sets out to manipulate the manipulator in a bid for self-claimed justice. Each helps Stan harness his skills, yet they each watch him choose the most insidious path at every fork in the road. 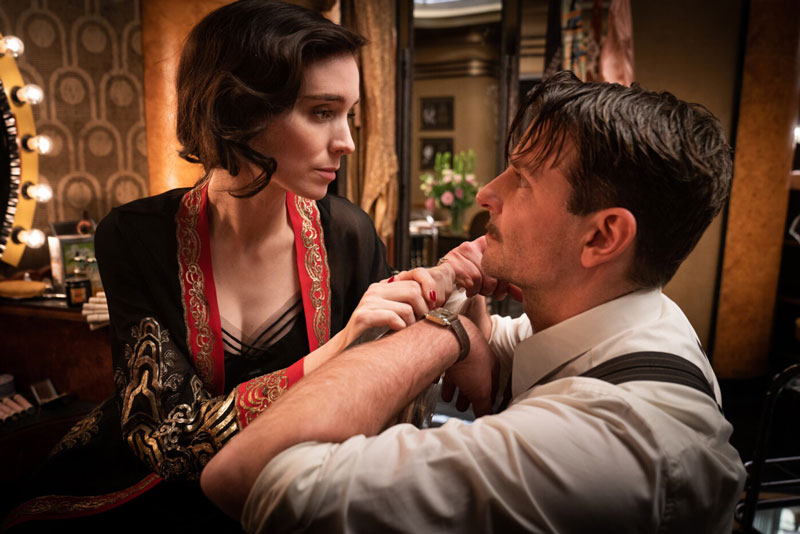 All three saw Stan as unable to recover from a childhood in which he learned that ruthlessness, not love, is what allows a person to get by. The trick was in playing him as someone who is sinister but not irredeemable – whose dark tragedy is that he resists any redemption and, though he fears being alone, takes for granted all the affection offered to him.

“Stan is a broken man who has learned to lie to get the reactions he wants from people. He is always trying not to show his real self. He is a mercurial character, who transforms according to circumstances,” explains del Toro.

Blanchett sees Lilith as the last in the continuum of women who each make their mark on Stan. “Nightmare Alley is a trip into a dark night of the soul. But in that darkness, there are three beacons of truth in three different women he meets – Molly, Zeena, and Lilith,” she says. 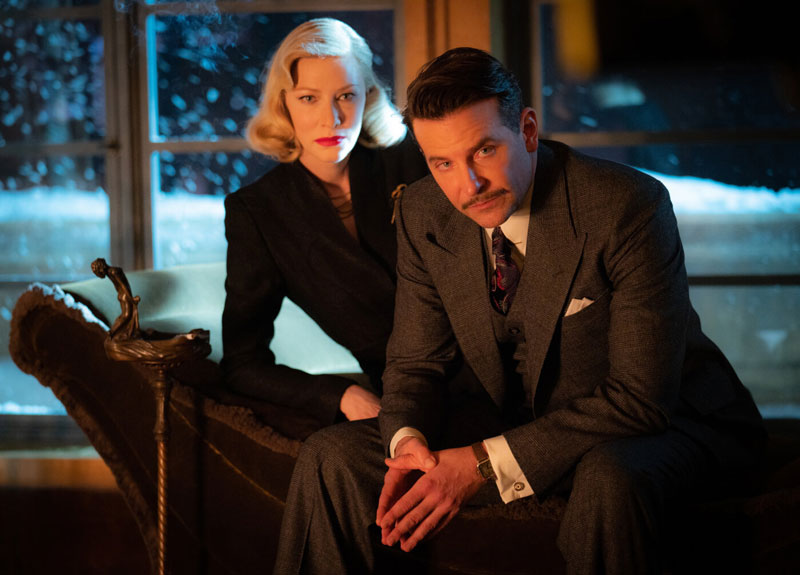 Blanchett wanted to play up Lilith as an enigma, one Stan can’t solve, despite his studies of human nature. “Both Guillermo and I wanted Lilith to be unknowable and mysterious.  At the same time, Guillermo was looking for those little perforations where you might see through Lilith’s many layers to what lies beneath – both physically and psychologically.

“The process of playing Lilith was that every day we’d discover a new, deep, frightening secret.

“There’s a lot of damage behind what seems to be a calm pristine exterior,” adds Blanchett, noting how the fascination between Dr. Ritter and Stan is not only sexual, but their chemical attraction is palpable.

“She’s a lone wolf and that’s where she and Stan connect. They are both running from the past, and they can see a similarity between them. Lilith is also someone who’s interested in both the practical and mystical sides of psychoanalysis, so that’s part of why Stan intrigues her. She’s trying to work out what makes him tick as she’s a bit of a shaman herself. Their entire relationship takes place in her office, so we thought about that set as being not just a physical space but a psychological space.”

Passion and vengeance are among the unpredictable emotions that arise in that space. “In a way, Lilith’s office is where Stan is finally vulnerable. There are a lot of destructive urges in Stan that have a parallel in Lilith. It’s a manipulative, deceitful dance between them… and these things rarely end well,”  observes Blanchett wryly.

Nightmare Alley is out on March 9 – PRE-ORDER your copy now! 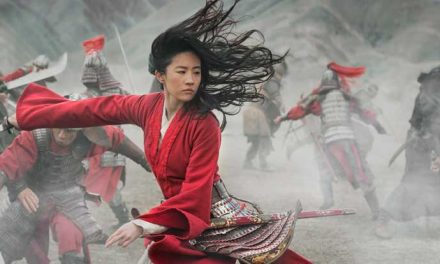 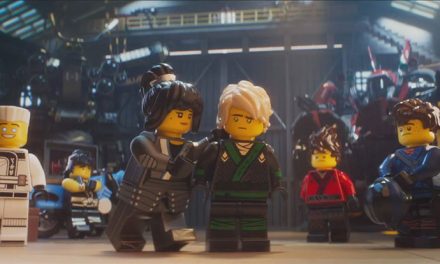 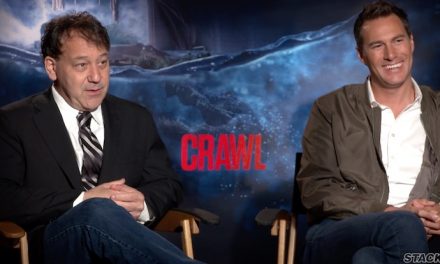 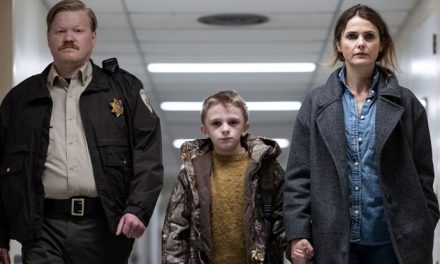