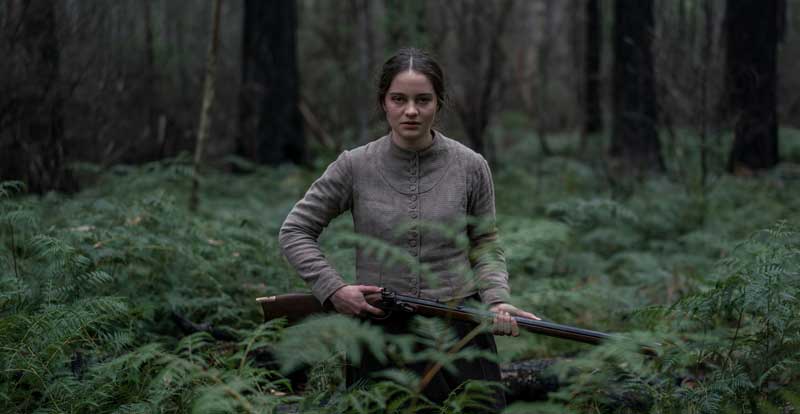 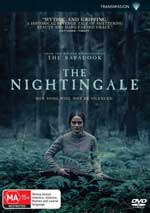 Haunting, mythic, and confronting in its depiction of the brutality that existed in colonial Tasmania, 1825, The Nightingale is the powerful new film from the writer-director of The Babadook, Jennifer Kent.

Following a horrific act of violence committed against her family by a British officer (Sam Claflin), a young Irish convict woman (Aisling Franciosi) follows his trail into the verdant wilderness with the help of an Aboriginal tracker (Baykali Ganambarr), determined to exact the justice she is unable to secure from the authorities.

Jennifer Kent discusses her inspiration for The Nightingale with STACK, and addresses the backlash surrounding the film’s harrowing violence. 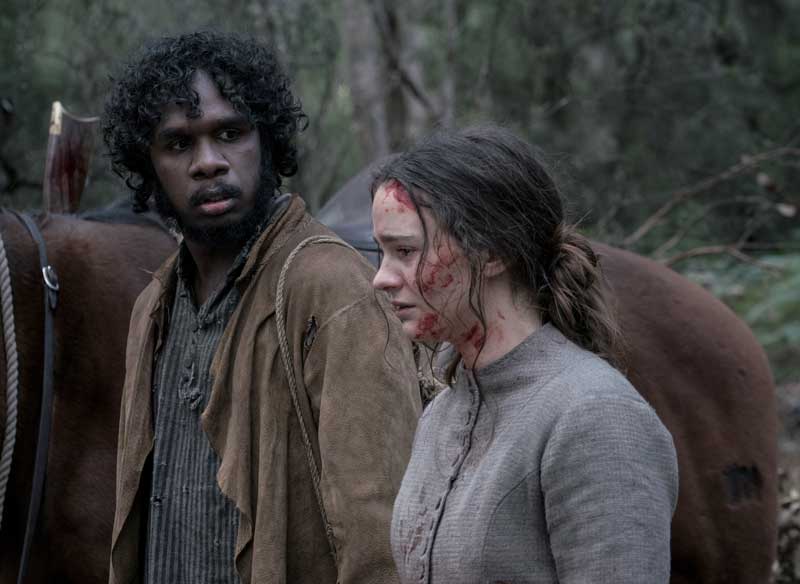 What was your inspiration for The Nightingale, and was it always going to be your next project after The Babadook?

I had a slight pause and thought, ‘what do I want to do next?’ I was open to offers – every writer-director would love to find a script they don’t have to write, I can guarantee that. But I didn’t find anything that really resonated and I wanted to move on and think about what I wanted to say.

I was very influenced by what I was seeing in this crazy current world we live in, where violence is an immediate response a lot of the time to the world’s problems. I felt, and feel, a sense of empathy disappearing and that we’re losing our humanity on some level, and so I really wanted to talk about that. The logistics of where it would be set and when – all these things came up as I dreamt on the idea, and that’s how The Nightingale was born.

It’s a period film but the themes are so incredibly relevant today.

I’m not really interested in period films that kind of have a nostalgic effect, where we wish we were in another period and escape into that period. I’m more interested in using that distance to reflect the world now and make it universal, make it something more mythic, rather than staid historical drama.

How long did your research take for the film, and what was involved?

I spent close to five years, on and off, researching this period. We also got an army historian onboard and an Irish cultural expert, and obviously collaborated very closely with the Tasmanian Aboriginal people, in particular elder Uncle Jim Everett, to authenticate and develop the Aboriginal storyline and characters and what they all went through. There was a lot of attention to detail on a historical level to get it all correct, because if you’re going to tell a story like this, you need to make sure that you’re telling the truth. And unfortunately, this is accurate. 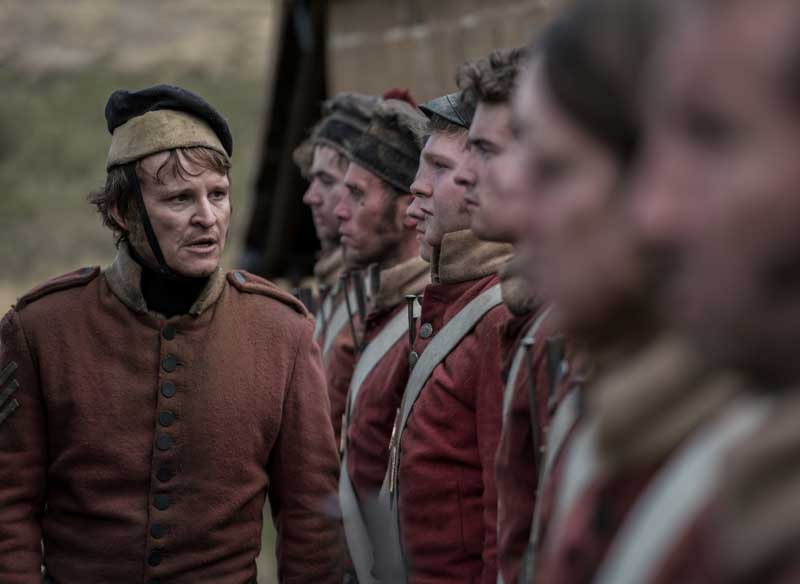 There has been a lot of criticism regarding the violence in The Nightingale, but the subject matter demands it be confronting.

In this context, I maintain the violence is very responsible and ethical and we’re showing what needs to be shown. The outrage should be on the level of violence that’s in our culture that anaesthetises us and makes us care less about humans being hurt and killed, raped and damaged. This, to me, is the great problem of modern cinema. I think there should be more honesty on that level, and I feel very uncomfortable that so much violence is used as entertainment in modern films.

How do you approach shooting the more harrowing scenes with your actors?

With a lot of love and care and attention to them. We had a clinical psychologist onboard from the very beginning of script development to authenticate those characters, so they were representing – on a clinical level – true damage. And that the relationships were very realistic in terms of what would happen in that situation.

The first part was getting the script right and getting the story very accurate. And then once I brought the actors on, it was also about giving them the opportunity to have access to all the research and the clinical psychologist. Dr. Elaine Barrett, a wonderful, compassionate woman, operated as counsellor, really, and she was also an expert in that area, so the actors could go to her at any time. She was also on set during the very difficult, sexually violent scenes.

From my perspective, I needed to make sure they were very comfortable and we were well prepared physically for those scenes, and emotionally. So by the time we got there, there was a lot of love in the room, actually, and a lot of support for each other. You can’t recreate those kind of terrible scenes without care and concern for each other. There was a lot of love, and that’s how we got through. 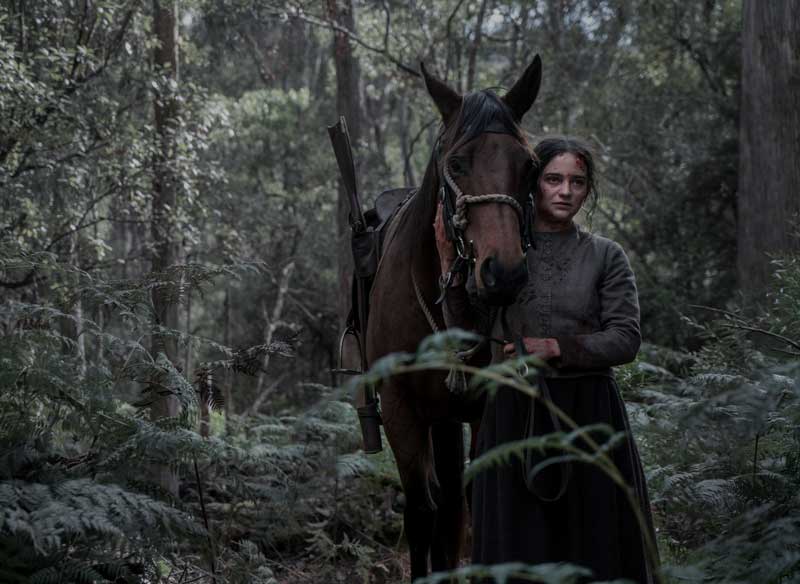 Why did you decide to shoot the film in the 1.37:1 Academy screen ratio?

I’d always felt the Academy ratio would be right. The film is about humans moving through nature, and the nature in Tasmania is all about very tall trees and deep forests. We wanted to capture that but also keep the humans front and centre in the frame and show the relationship the human has to that nature, rather than a travelogue of Tasmania. If you want to see those big trees in their entirety you need to pull right back, and then you lose the human beings.

It’s a beautiful frame; it really appealed to me. Initially the DP was quite nervous, but when he saw the tests he thought it was perfect. It keeps the film very interior and intimate, and at times claustrophobic, certainly. You stay connected to the faces – the single face in frame. It’s a special aspect ration, really beautiful.

Which particular films and filmmakers inspire you?

For this film I was very inspired by a Russian filmmaker called Elem Klimov. He made one of my favourite films, Come and See. It’s a masterpiece and it’s a war film, too – I class The Nightingale as a war film. It’s really a mix of horror and poetry, and I was so inspired that there could be both on screen. I don’t mean horror in a genre sense; I mean the horror of what’s happening in front of us. That film gave me the courage to make this one.

I really love filmmakers that stick to their guns and have a voice. I’m not alone in having enormous admiration for David Lynch and his commitment to the purity of cinema. And I like a lot of old filmmakers, too. 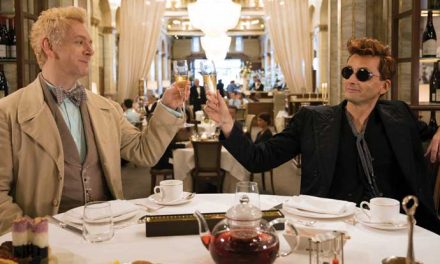