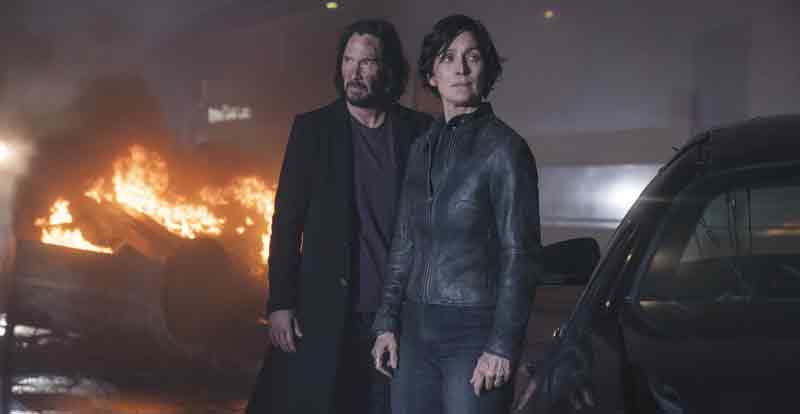 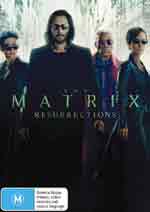 Reuniting for The Matrix Resurrections was an emotional experience for stars Keanu Reeves and Carrie-Anne Moss, and director Lana Wachowski.

Following a near two-decade hiatus from The Matrix franchise, Neo and Trinity returned to the big screen late last year with the fourth instalment, The Matrix Resurrections, amid much fanfare.

It wasn’t like the pair had been spinning their heels, Reeves (Neo) having cemented his place in Hollywood as an action man with the John Wick series, and Carrie-Anne Moss (Trinity) achieving small screen success in Marvel’s Jessica Jones and James Mangold’s Vegas.

But the disastrous response to their 2015 sci-fi film, Jupiter Ascending, resulted in Lily Wachowski turning her back on the industry, while sibling Lana would ultimately change her mind following the death of her parents and a close friend.

Working on The Matrix Resurrections in utmost secrecy, the new film would, once more, be constructed around a world of two realities – the everyday life and the disturbing truth behind it. 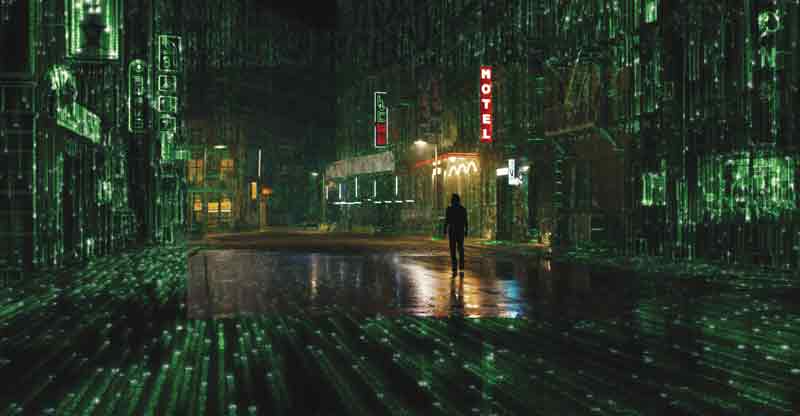 It was by no means an easy decision for Lana Wachowski to return to the Matrix, and she almost gave up after production was halted at the beginning of the pandemic. But persuading Reeves and Moss to join her on this journey was as simple as sending an email.

“Lana spoke about having another story to tell, which centred around Neo and Trinity, the love story of that, and that sounded really exciting to me,” recalls Reeves. “I felt like there was a perfect kind of union there. Borrowing from Thomas Anderson’s coding world, the word ‘binary’ comes up, choices that are singular – this way, that way. Trinity and Neo, to me, kind of represent this union. I think they’re very complementary to each other in their thought, in their energy. I root for them.”

Reuniting with Reeves was surreal for Moss. “Sometimes it felt otherworldly, dream-like for me, because it’s been such an incredible experience. I would pinch myself and couldn’t believe that it was happening. To realise that I had something so special, like 20 years ago, and now again… it really doesn’t happen very often,” she says. 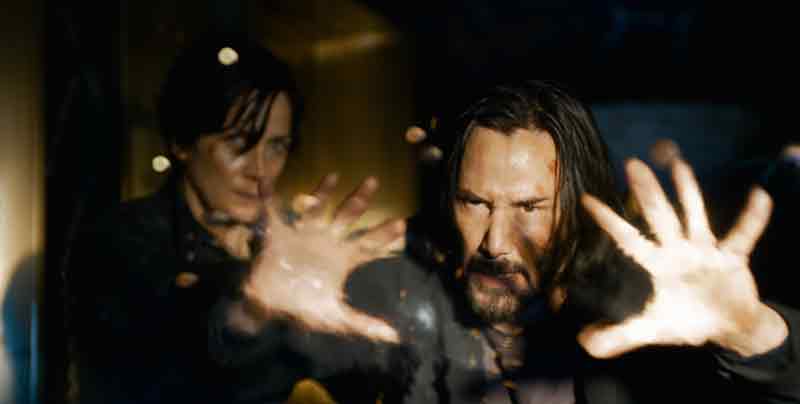 “We’ve kept in touch, and a lot has happened to that wonderful person. When I first worked with her, she didn’t have three children and a husband,” adds Reeves.

“We really had a routine, like we’d stretch, warm up and train together. She’d play her music, and support each other, get to talk about life while on the mat. I’ve cherished that time and now, to meet her again… so different and, yet, so much the same, so much of the core person there. And to meet her kids, her husband, a cool family. For us, it is so emotional. It was almost like, how do we not cry?” he admits. 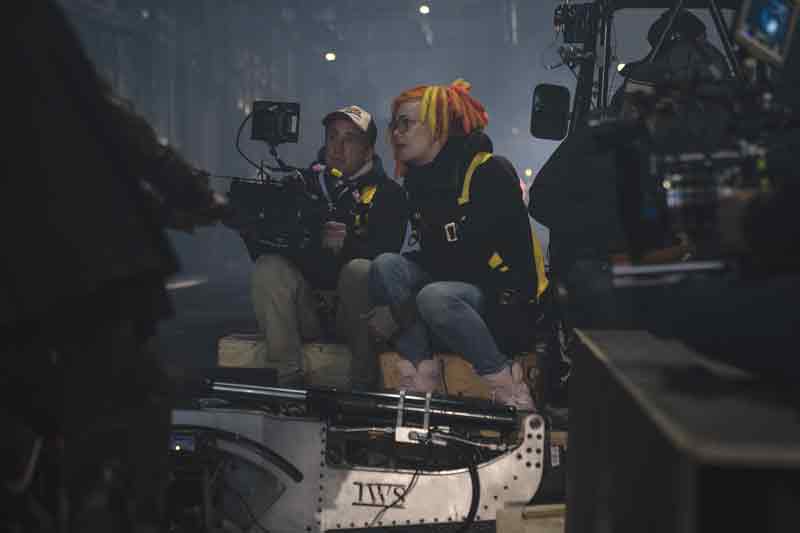 For Lana Wachowski, the experience was equally affecting. “It is beautiful to watch Keanu and Carrie. They’re the perfect age to do this right now – we’re the perfect age,” she says. “And Keanu’s at this cusp age, where if he was too much older, it wouldn’t be possible. And if he was too much younger, it wouldn’t have as much weight and resonance.

“But, when he says these lines, like ‘I feel like nothing I’ve done in my life has mattered,’ these are questions we’re grappling with and we wonder about. And you get to this next part of your life, where you start really focusing on ‘What is real?’ And you see them both reflecting that in this way, and it’s only possible because of the time that has passed,” she reflects. 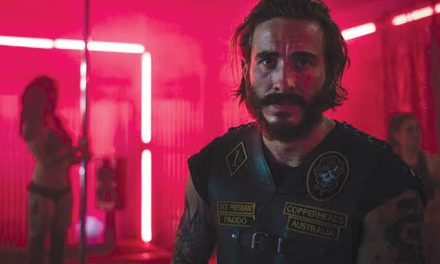 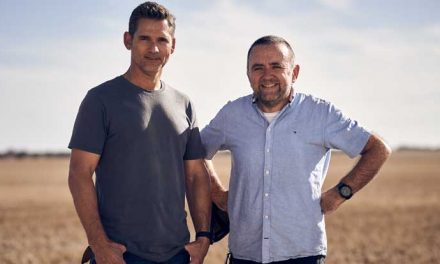