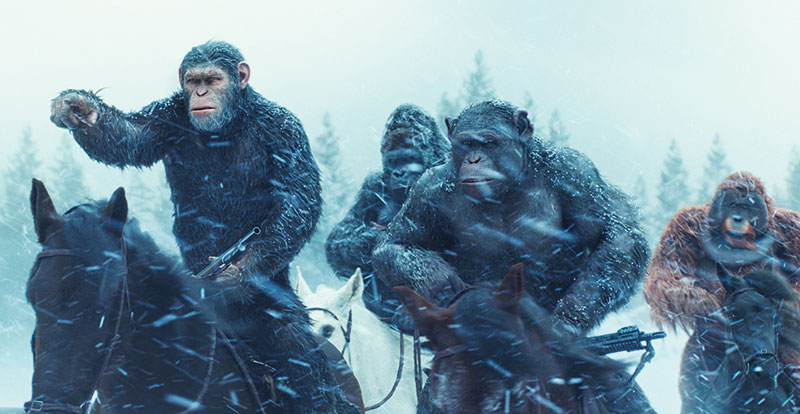 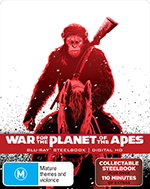 In War for the Planet of the Apes, the noble simian leader Caesar faces his most perilous moment, as he begins to mistrust his principles and any hope for peace with the human species that has wounded him in the deepest of ways. Star Andy Serkis reflects on his challenging role.

In this third and climactic chapter of the critically acclaimed Planet of the Apes reboot trilogy, director and co-writer Matt Reeves understood the stakes had to be high – no less than the fate of both humans and apes.

“Matt’s passion for this story is bottomless,” reflects Andy Serkis, who plays Caesar, the central figure. “When Matt first sat me down and pitched the movie a couple of years ago, before we even had a script, he explained that it was like a cross between The Bridge on the River Kwai (1957) and a biblical, Moses-type of story. There are elements of mythic Westerns, and of Clint Eastwood films.”

In War for the Planet of the Apes, peace between both species has collapsed and a renegade band of hardened human soldiers are in attack mode. They are led by Colonel J. Wesley McCullough, played with brooding intensity and menace by Woody Harrelson. Part of what drives the Colonel is his foreboding realisation that the apes are evolving, while the Simian Virus is having the opposite effect on humans – they are devolving. He believes that only an apocalyptic war can salvage the last vestiges of humankind.

“There are elements of mythic Westerns, and of Clint Eastwood films”

Yet as an audience we feel genuine concern for the fate of Caesar. We have become deeply invested in his journey. This is largely thanks to the remarkable performance by Serkis, who has played Caesar throughout the course of this epic trilogy.

“It is very rare as an actor that you get the opportunity to play a role from infancy through to mature adulthood, with such a great arc, and so many great twists and turns, and all the emotional deviations,” Serkis says. 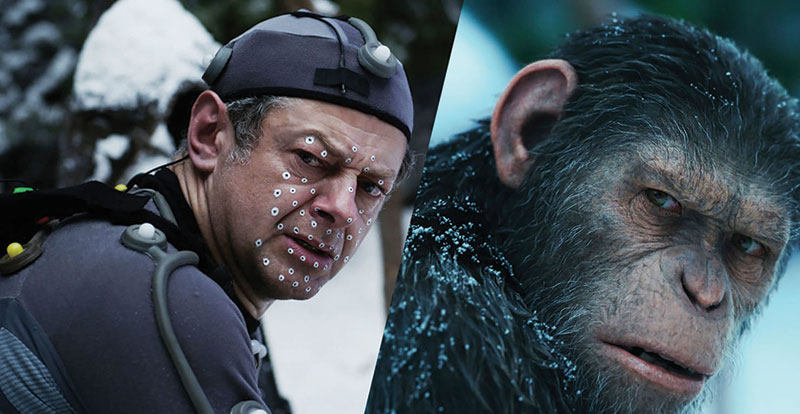 As the actor approached the role for the third time, he took it as a personal challenge to bring a visceral, perhaps even “human” truth to this mysterious character, who yet simultaneously embodies predicaments to which human audiences can deeply relate.

As the apes have continued their rapid advancement from speechless animals to higher intelligence, each film has taken Serkis further in his exploration of Caesar’s expanding abilities – and War becomes the apex. Caesar’s increasing eloquence allows Serkis to etch more and more shading into his persona.

“In the first film, there was a dawning of language and it was about exploring how the apes dealt with the beginning of their evolution. In the second film, I began to think of Caesar more as a human and he started to use more intricate linguistics, expressing himself intellectually,” notes Serkis.

“Now, Caesar can speak fluently which changes how he approaches things, how he thinks of himself and others. It has really been amazing to be able to climb inside the mind of a being who is transforming on every single level. Physically in this film, Caesar is much more upright and he uses his hands a lot more now, so he’s more like a human being in ape skin. But as his intelligence and abilities have grown, the things he feels and remembers have become more daunting to him.”

Through the military and emotional last stand, the filmmakers hope that a deeper empathy for those who share our planet is the outcome. They have contributed to the institute of Jane Goodall, the groundbreaking primatologist, ethologist, anthropologist and United Nations Messenger of Peace. Funds will go to the rehabilitation of chimpanzees who have suffered drastically through the loss of habitat.

Serkis echoes those noble goals: “I think perhaps the playing out of our most fundamental human struggles through the eyes of apes allows the audience to connect to human emotions on a more visceral level” he comments. “We know the Great Apes are our closest cousins — they are 97 per cent the same as us – and yet we perceive this world of difference. Perhaps, by giving them a voice and seeing the world through their different eyes, we can stand outside ourselves and really see ourselves under the microscope as we haven’t before.”

Tags: Andy Serkis, interview, Planet of the Apes, War For The Planet Of The Apes 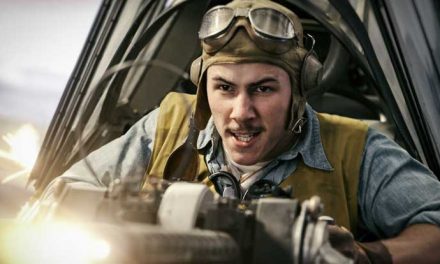 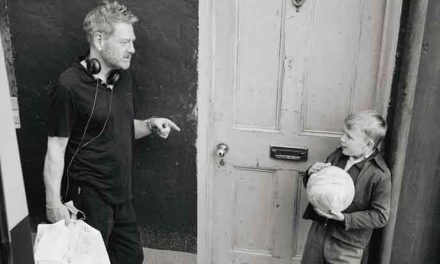