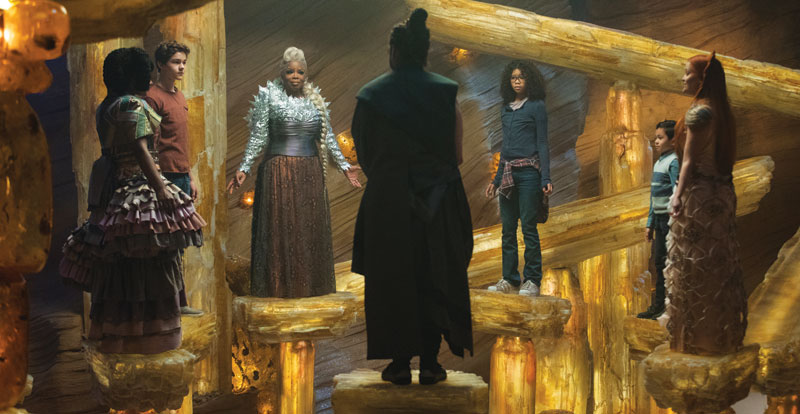 We spoke with the director and cast of Disney’s ambitious new sci-fi adventure – including Oprah!

Madeleine L’Engle’s timeless young adult novel, about a young girl searching the universe for her father, has taken 56 years to reach the big screen.

And if L’Engle were alive today she would probably agree it was worth the wait to witness Ava DuVernay’s trippy spin on A Wrinkle in Time explode into a post-Weinstein zeitgeist, triggering a new women’s rights movement and a call for diversity and inclusion.

DuVernay, best known for her searing films about racial injustice, Selma and 13th, looked forward to taking a break from such heavy fare as she packed her bags for New Zealand where much of the film was shot.

“This is a story for young people and for the young at heart, so I knew it was important to tap into the 12-year-old within me.

“There’s love in every frame of this movie. I don’t have children; I won’t have children. By choice. These films are my children which I will leave behind,” asserts the celebrated director when STACK meets with her and the cast of A Wrinkle in Time in Los Angeles.

But with the casting of Oprah Winfrey, Mindy Kaling and Reese Witherspoon – as celestial women who help the teenage protagonist reunite with her family and fight the good fight against encroaching darkness – she quickly began making a statement about women and diversity, notably straying from L‘Engle’s own descriptions of these characters. 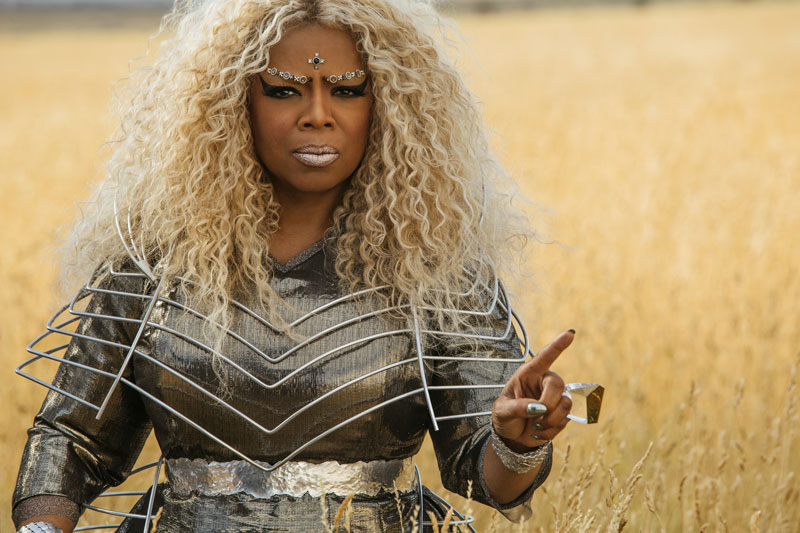 “I believe, as do people in her family and people who knew her, that Madeleine L’Engle was a passionate woman with moxie,” says DuVernay. “She was a brave artist, so we tried to challenge ourselves to be brave in our choices too.”

Casting 12-year-old Storm Reid as the story’s protagonist and heroine, Meg, was probably DuVernay’s easiest choice. “She was the first actress I saw for the role. She’s extremely gifted and she made my jaw drop on a daily basis because of what she is able to do as an actor.”

For Reid, who previously appeared in 12 Years a Slave, the responsibility was enormous. “There’s a lot of pressure being one of the first African-American girls to be the lead in a sci-fi film,” she says. “But I shouldn’t have worried because when the announcement came out I received so much positive feedback with little girls saying, ‘Oh my God, there’s Meg and she looks just like me’. That was really inspiring.” 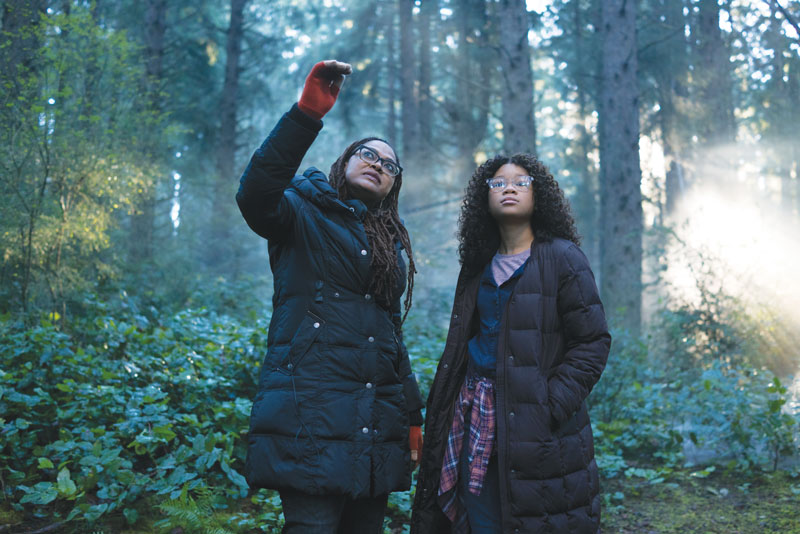 Director Ava DuVernay with Storm Reid on the set

Oprah Winfrey has become one of DuVernay’s biggest fans since the two women first teamed four years ago in Selma. “One of the things I appreciate about Ava is that she understands not just the value of the story but of all the people who help to make the story as well,” she says.

DuVernay was there for Winfrey when she went through what the director describes as a “tremendous episode of peer pressure of gigantic proportions just a few weeks ago,” referring to the recent calls for Winfrey to run for president, as Oprah smiles and keeps silent.

Regardless of presidential questions, one thing Winfrey will comment upon is her love for New Zealand. “I started to get interested when Ava was scouting for locations there and started posting pictures. I had been to Auckland the year before but I had not been to the South island and I so wanted to do that. I wasn’t even cast and I told Ava that I was coming anyway and I was going to hang out with her – because I can,” she laughs.

Only then did DuVernay show her the script. “I’d wanted her to do it for a long time but didn’t want to pressure her because of our friendship.”

In the midst of such earnest celebration of women and diversity is Australia’s own Levi Miller, cast as high school heartthrob Calvin, who accompanies Meg and her little brother on their journey across the universe.

“I’d never actually read A Wrinkle in Time before, even though all my friends did,” he admits. “But I’m into science so it was interesting to read not only the emotional part of the book but the scientific part was quite intriguing for me. Getting to meet Oprah and Ava was amazing. Selma is one of my favourite films ever.”

No stranger to themes of female empowerment, Miller adds, “I have two older sisters and am very aware of the toxic masculinity prevalent in society nowadays. That’s why this is such a very special story and something that everyone needs to know.”

“We all really held hands on this and became a family and tried to give a little bit of sweetness to the world in these dark times,” concludes DuVernay. “It’s a tough time right now and this film saved me in a lot of ways from going down dark holes.”

A Wrinkle in Time is in cinemas on March 29