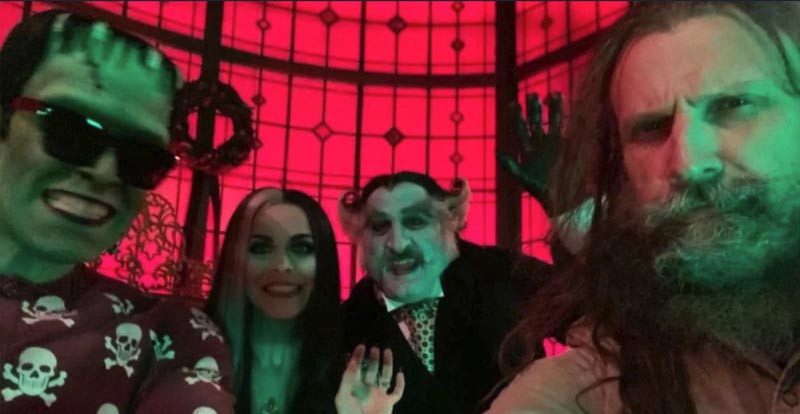 Rob Zombie teases from the set of The Munsters

It will come as no surprise to fevered horror fans that American rocker (and trash-proud filmmaker) Rob Zombie is currently directing an all-new movie adaptation of The Munsters.

Based on the quirky sitcom from the 1960s, The Munsters marks Zombie’s ninth feature-length film, following a string of graphic exploits including House of 1000 Corpses, The Devil’s Rejects and Lords of Salem. It promises to be his first foray into the more family appropriate world of PG storytelling (although readers may be surprised to learn that Zombie’s career began as a production assistant on the children’s television show Pee-wee’s Playhouse).

Having spent the last few months teasing his fans on his official Instagram page with dribs and drabs of images from the set, his latest offering is a brief video featuring Mrs Zombie herself, Sheri Moon Zombie, as Lily Munster, alongside Jeff Daniel Phillips as Herman Munster, and a mysterious figure behind the character of Uncle Gilbert. Having applied a grainy, sepia-tinted filter to the video, the cast of characters smile jovially and wave to the camera.

Accompanying the footage, Zombie wrote the following: “Look who dropped by THE MUNSTERS set today to say hello! None other than good old UNCLE GILBERT! Boy am I glad I had a camera and captured the moment. He hung around until lunch, ate some seaweed then headed back to the airport. That fish is always on the move.”

As featured in the original TV series, Uncle Gilbert is famously modelled after the classic Creature from the Black Lagoon Universal monster, however at this point the identity behind the fish-faced fiend is unknown.

Other notable cast members for the new movie include Zombie favourites Daniel Roebuck (3 from Hell) as Grandpa Munster, Richard Brake (31) as Doctor Wolfgang, and Dee Wallace (Lords of Salem) as the host of a Good Morning Transylvania television show. And in true form, Zombie has also assembled a stable of supporting players such as Sylvester McCoy (the seventh Doctor Who), Cassandra Peterson (Elvira) and Jorge Garcia (Lost), amongst others. 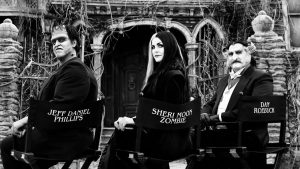 Other teasers provided on Zombie’s official Instagram account include a walk down Mockingbird Lane, selfies with characters and a look behind the curtain of the makeup department.

As with most of Rob Zombie’s cinematic endeavours, opinion is divided. Those who adore his craft appear to be on board no matter what, whereas purists and fans of the original series have a more cynical perspective. Whatever the case, his take on The Munsters is already a conversation starter, and looks set to assault the screen with an assortment of bright colours, big gothic set-pieces and fiendishly kooky characters.

To remind you of Rob Zombie’s penchant for the colourful and cartoony brand of horror, check out his classic music for Dragula, which might just give an indication of what his interpretation of The Munsters may look like. 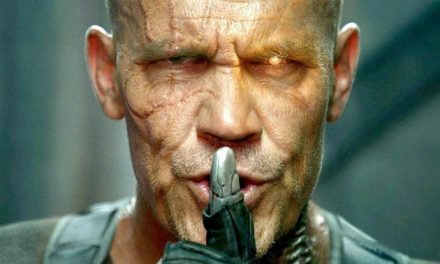 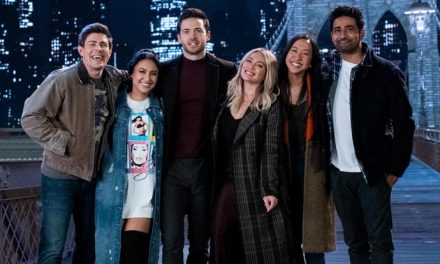 Enter the friends bubble of How I Met Your Father 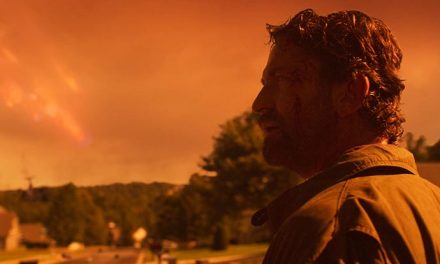 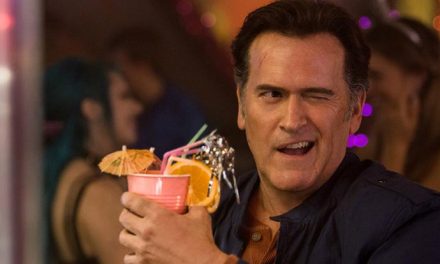 Groovy! Bruce Campbell to host new Ripley’s Believe It or Not!