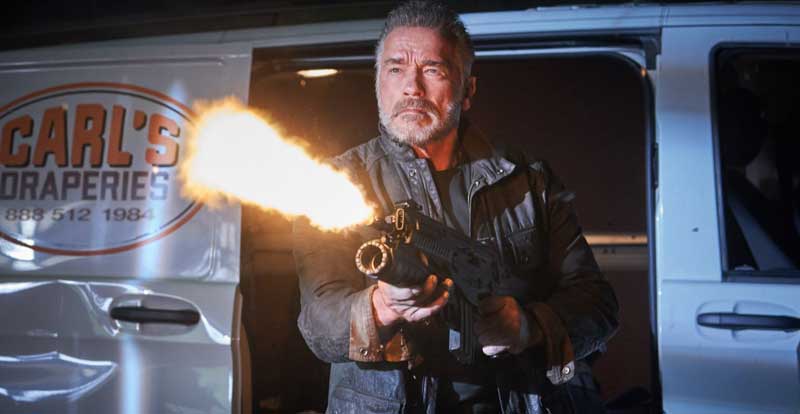 Producer James Cameron – still busy on those Avatar sequels – appeared via a live video link explaining that his involvement in Dark Fate was to “make the best possible Terminator movie for 2019” on the proviso, however, that Arnie return. “We asked Linda to come back,” he added, “and thankfully she agreed, so we based the story around that.”

He also revealed that Edward Furlong is returning as John Connor!

“The character is the same but time changes everything,” said Hamilton, adding that Sarah is now so much more than she was.

“People will talk about the training, but the work I did was the exploration of a woman who is an outsider, whose life hasn’t worked out well, and who has lost so much.” 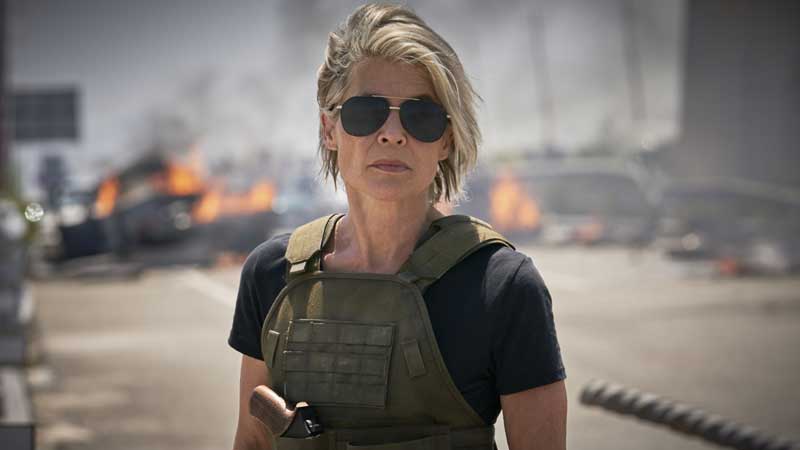 As for Arnie, his T-800 is now named Carl and living in a cabin, but he still has a connection with Sarah. “Of course I needed to come back,” he boomed. “I’m addicted to Terminator, it’s the movie that launched my action career.”

Miller promised Terminator: Dark Fate will be R-rated and awash with profanity and bloodshed. “The DNA of Terminator is an R-rated f–ing movie,” he noted, and the sizzle reel that followed revealed plenty of violent moments, along with some behind-the-scenes footage of the director clearly having a blast playing in the Terminator universe.

“I think you’ll be really surprised by this movie,” said Schwarzenegger, “because it’s unbelievable and I was blown away when I saw it for the first time…”

Check out all the latest from SDCC 2019 here. 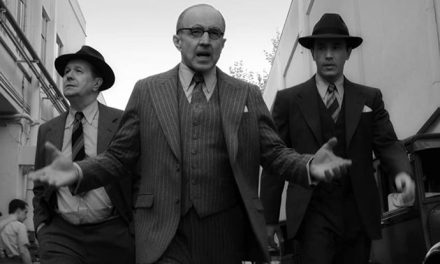 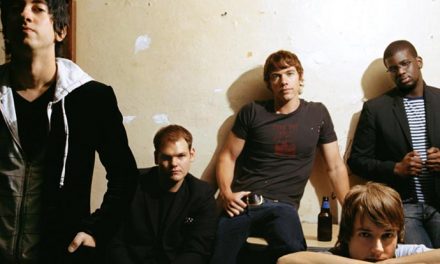 Plain White tease – Why, why, why, Delilah?! 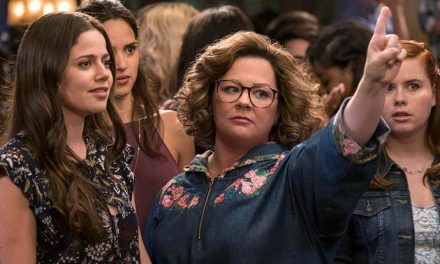 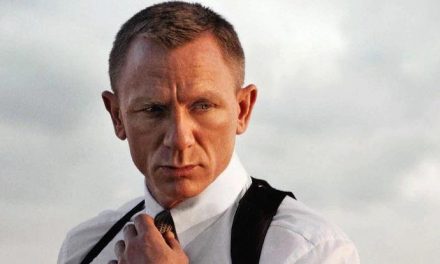