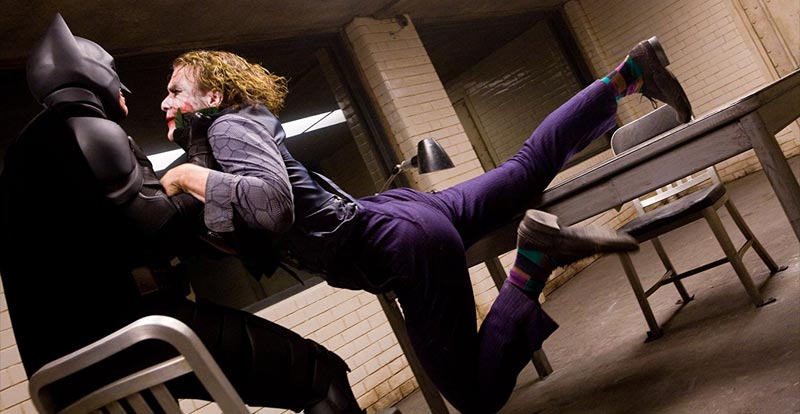 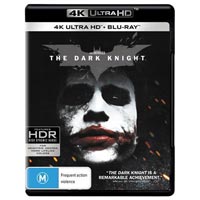 Christopher Nolan’s second of his Dark Knight trilogy floored even the most conscientious superhero objectors, not least because of an incredible Oscar-winning performance by Heath Ledger as The Joker. The movie’s quality is not in question, but what of its trip into 4K? Is it a hero or a villain?

The story: After experiencing Batman Begins it was difficult to imagine Christopher Nolan bettering it. But he did. Possibly the greatest superhero flick ever, The Dark Knight brought Batman’s greatest enemy (as per The LEGO Batman Movie, natch) The Joker to the fore thanks to an alarmingly convincing turn from Heath Ledger – and an incredible psychological battle of wits between the two. As a bonus we also got the story of Harvey Dent/Two-Face, and the wonderful Maggie Gyllenhaal kicking Katie Holmes to the kerb to boot.

I’m not sure you made it loud enough, sir…

The 4K disc: Where does Christopher Nolan get those wonderful toys? He must have some truly awesome equipment to get this kind of quality out of a transfer. The Dark Knight explodes onto our screens with a true 4K rendering which ably flips between full screen for IMAX shots to letterboxed for others, right from the initial bank job. It may sound jarring, but it works – and just wait until you see the visual fidelity! The 35mm widescreen shots are supremely detailed, with a slight amount of very fine grain that’s not visible at typcial viewing distances. Then there are the IMAX shots. Wow! It’s all very well to get hyperbolic and say that it’s like you’re there, but heck, it’s like you’re there! This truly is the kind of visual wizardry that will sell 4K systems. With the benefits of HDR added to the mix, well… OK, we really have to stop gushing. The only criticism that some may raise is the black levels, which are cinema screen black rather than jet black. For what it’s worth, we reckon it works just fine. As for sound, while Nolan has gone nuts over 4K, he’s happy for the original cinematic sound mixes to talk their talk and bang their bangs. This 5.1 DTS-HD Master Audio mix is certainly not shy, with each requisite ‘BAM!’, ‘BONK!’ and ‘BOFF!’ in just the right place – even if our Atmos speakers sulked silently throughout.

Read our reviews of Batman Begins and The Dark Knight Rises on 4K Ultra HD. 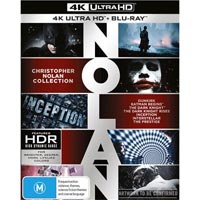 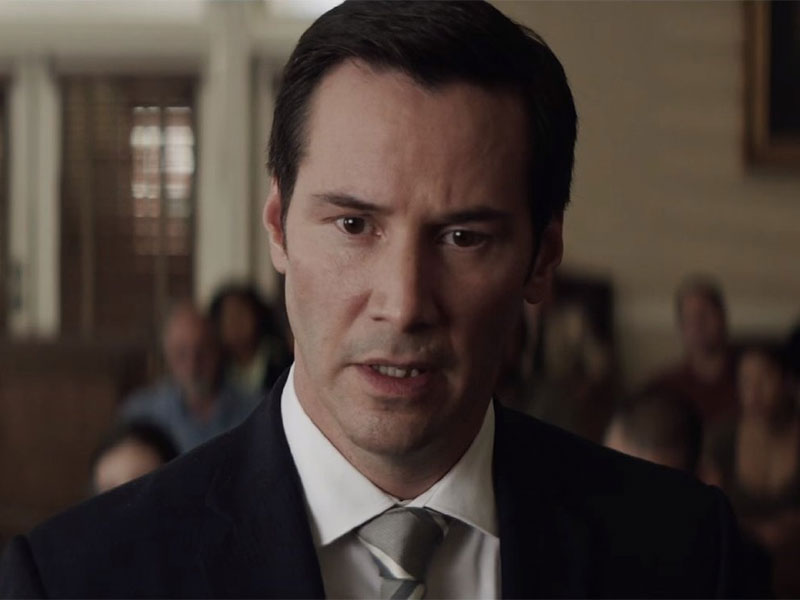 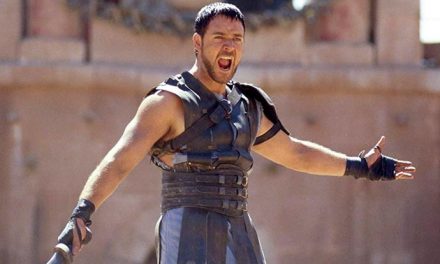 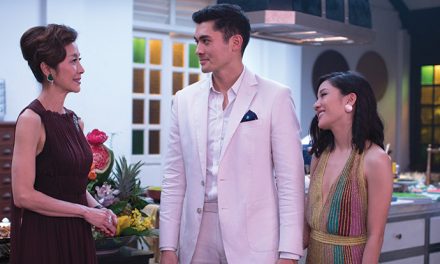 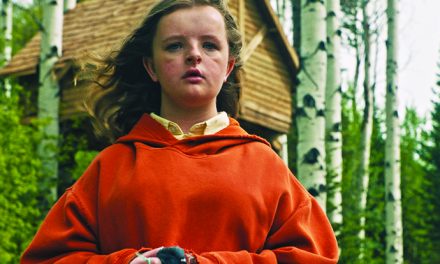