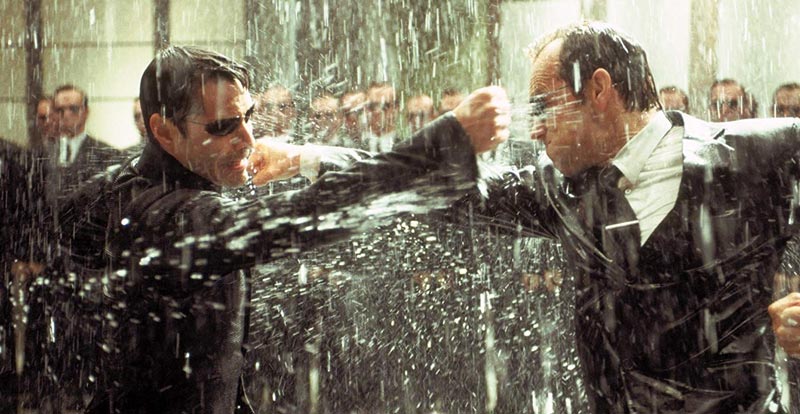 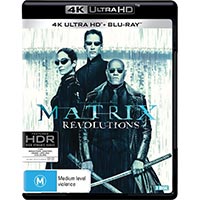 The Matrix Revolutions, the culmination of The Matrix trilogy, comes to 4K Ultra HD to complete the set on the format. But what’s it like? Is it one to treasure, or should you show zero interest?

The story: Everything comes to a head – as often happens in final instalments of things, we guess – with the Zion population fighting valiantly to stave off the rampant machine onslaught. But where’s Neo in all of this? Uh, trapped in a railway station somewhere between two worlds. Can Trinity and Orpheus free him in order to bring peace to all? Then there’s that relentless Agent Smith bloke to contend with, Mr Anderson…

“Mr. Anderson. Welcome back, we missed you.”

The 4K disc: The first in the trilogy, The Matrix, received a near revelatory transfer in both the visual and audio departments. The same treatment was afforded The Matrix Reloaded, and great news is that this one makes it three for three. The remastering team have really gone to town, delivering us essentially flawless native 4K video that’s aided in its quest to amaze by Dolby Vision enhancement (or standard HDR if your gear doesn’t support DV). The worlds of the entire trilogy offer up all manner of realistic and fantasy settings, all of which benefit here. Once again audio is no slouch, with a revitalised take on the movie’s original audio pumped out via the surround and up/down firing speakers. Bass does another ‘rev’ word by reverberating deeply when called upon. More than many movies, the audio just complements the viewing experience perfectly. Note that once again you have to make sure to select Atmos from the setup menu, as for some reason that completely defies logic this disc, like most every other Warner release, defaults to 5.1. Two commentaries also feature on the 4K disc, another philosophers take from Cornel West and Ken Wilber, plus a critical appraisal from Todd McCarthy, John Powers and David Thomson.

Read our review of The Matrix on 4K Ultra HD here, and The Matrix Reloaded here. 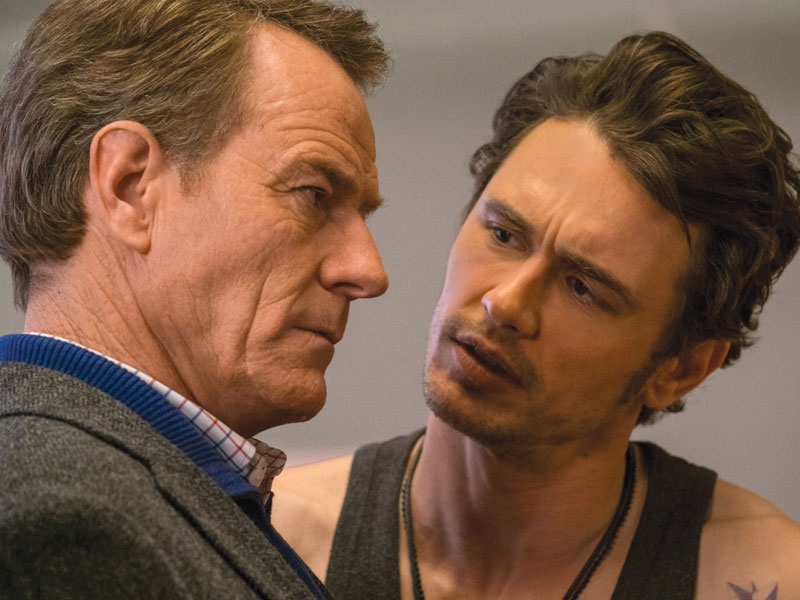 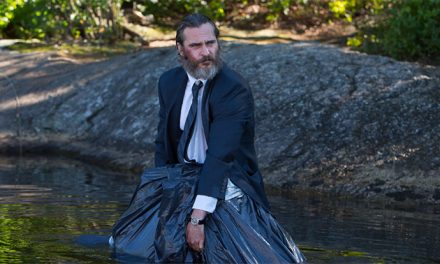 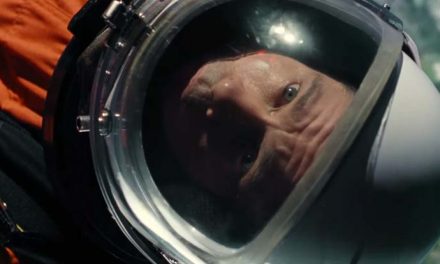 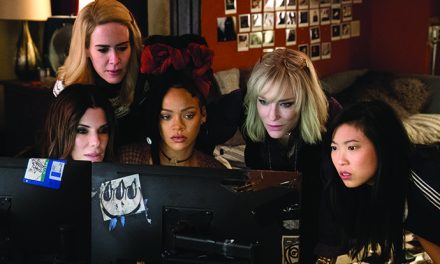