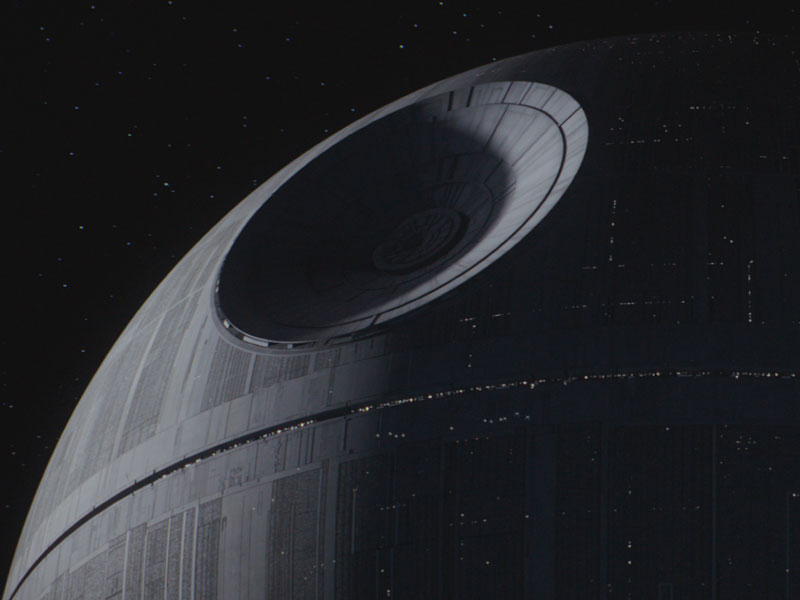 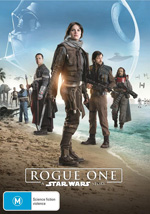 We spoke to Lucasfilm production designer and self-professed Star Wars fan Doug Chiang about X-wings, U-wings, Death Troopers and bringing the visual aesthetic of A New Hope to Rogue One: A Star Wars Story.

How did designing Rogue One compare to working on The Force Awakens and the prequels?
For me, Rogue One is very special. I saw Episode IV when I was 15 and just wanted to draw X-wings and TIE fighters, and Rogue One gave me the opportunity to do that. It was really enjoyable because you’re seeing classic designs in a new context. It gave me goosebumps. I remember seeing some of the early pre-vis of the space battles at the end – you see X-wings flying but the background is different. The joy I got from designing Rogue One was doing a lot of that. I’m a huge Star Wars fan, so the approach was ‘what do we want to see as fans, what do we want to create?’

Was it easier going back to the 1977 designs or more of challenge?
Each Star Wars film is very different; each director brings a different point of view. What’s interesting about Rogue One is that Gareth Edwards and I are very fond of Episode IV. For me it was trying to find that perfect balance – how much do you stay true to Episode IV and how much do you add to it to make it fresh? Gareth was dead-on in that he knew very early what he wanted to design and how he wanted the film to look. We knew that 80 per cent of the film had to be seamless with Episode IV, but that gave us 20 per cent to create something fresh. The real challenge then is what do you do with that 20 per cent?

Is there a rulebook on what can and can’t be altered with the classic designs, like the Death Star and Star Destroyer? Do you have to stay true or can you tweak and refine them?
As a rule you try to stay true to the spirit of the original design. The X-wings, for example, we keep them so they are identical to the original inspiration. But in the execution, we now have better manufacturing techniques to create them. If you hold our version of the X-wing up against the classic miniatures, they look exactly the same. But if you move the camera in closer, ours are built for higher fidelity and a lot of that was to hold up to modern cinematography and high-def cameras. All of our sets had to be built so they could hold up in close-ups – it’s really important to do that. We would use the original blueprints as a starting point, but we would build and paint them differently so they would hold up.

George Lucas has an incredible archive at Skywalker Ranch – a lot of the original items from the movies. When you look at them, he had a very limited budget at that time. They’re not manufactured to the highest quality; they’re ok, but if we try to use them, they wouldn’t hold up.

Were concept artist Ralph McQuarrie’s original stormtrooper designs used for the Death Troopers?
They were. Ralph McQuarrie is sort of our foundation for a lot of it, and he actually developed a lot of designs that evolved into what you see in Episode IV. For our version, we went back and dug up a lot of his drawings and what’s wonderful is that a lot of them felt like early versions of stormtroopers, and because Rogue One was going to bridge the aesthetics from Episodes I–III and IV–VI, that gave us the perfect blend. Ralph, having done all that exploration early on, gave us a really good head start. 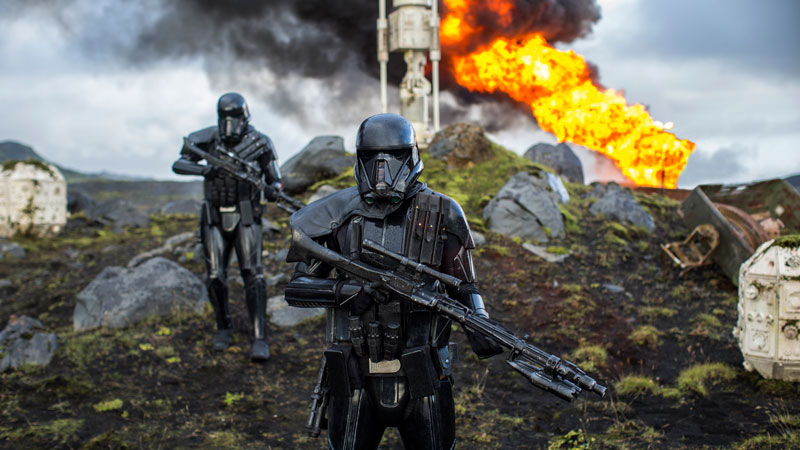 Was Darth Vader’s castle originally meant to appear in The Empire Strikes Back?
It was. In going through the archives back in 1995 when I got hired by George to head up the art department for the new films, I went to Ralph’s drawings and there were a few designs for Vader’s castle and environments that never made it into the movies, and so we used those as our foundation. What was great is that Ralph was starting to establish a visual vocabulary; we took the best pieces of that and updated it to fit the story we were going to tell.

How did you approach designing the new ships, like the U-wing?
Ships are great! I love drawing ships but they’re also one of the hardest things to design. The U-wing in particular was very challenging because Gareth set the aspirational bar really high. He said, ‘we have to create an iconic ship that’s on par with the X-wing and Millennium Falcon.’ That’s setting expectations really high because in my view, both the X-wing and the Falcon are perfect designs. How do we design something that can fit with our film and is never seen again after Rogue One? Maybe these came off the assembly line – same manufacturing as the X-wing, but earlier technology. The thinking is that our ship should feel a little older, an outdated model that after Rogue One has been decommissioned.

On top of that, we had to fit in the story requirements that Gareth wanted. He’s described the U-wing as a blend between a Huey helicopter and an X-wing and it had to carry troops. So all these requirements plus the aesthetic layer made it a really tough challenge.

What are your thoughts on the recreation of Peter Cushing’s likeness for Governor Tarkin in Rogue One?
Hmm, that’s a really tough question. I personally enjoyed it – he’s such a pivotal character to the story, so his absence would have been odd. I thought that ILM did a beautiful job of executing it and finding the perfect balance to sell the idea.

How has CGI changed the role of a production designer?
I see the whole industry swinging back in terms of a technology pendulum. Because computer graphics allow you to create anything, there was a tendency to overindulge yourself. What we’ve discovered now is it’s better to show restraint. So our approach for Rogue One was, let’s ground it back in the 1977 era. Let’s pretend we’re building these sets at the same time George was building them. We’d augment what was necessary in order to expand the world. It’s a really fine balance. CG, after all, is just a tool. Whether you’re using plywood and paint or pixels, ultimately it has to be informed by the story and has to service the film itself. For me, the fine balance is to open it up enough so that it feels real, grounding it in reality. That’s why we try and build as much as possible, but knowing at the end we do have the license to expand it in post-production. 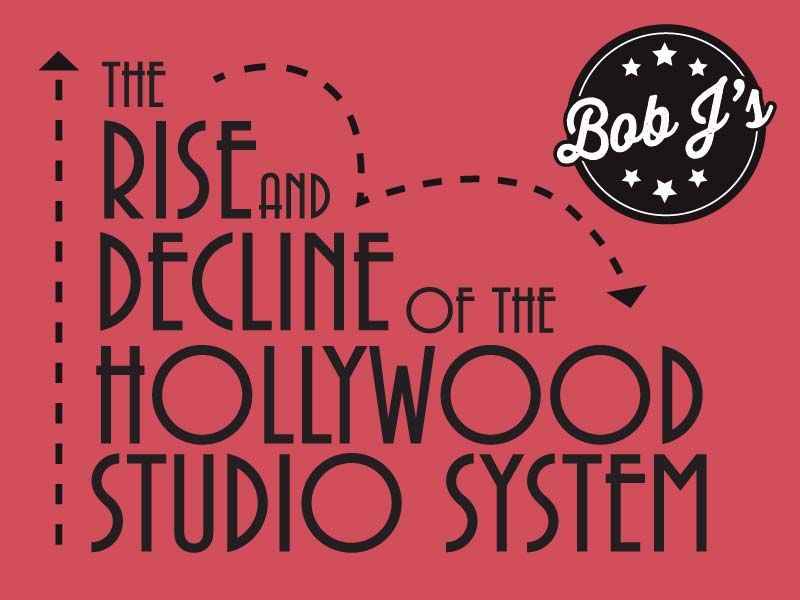 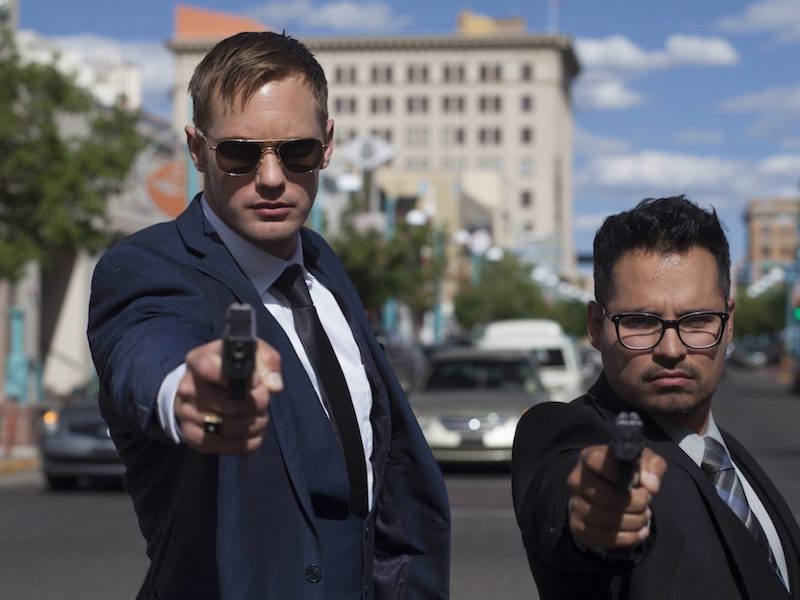 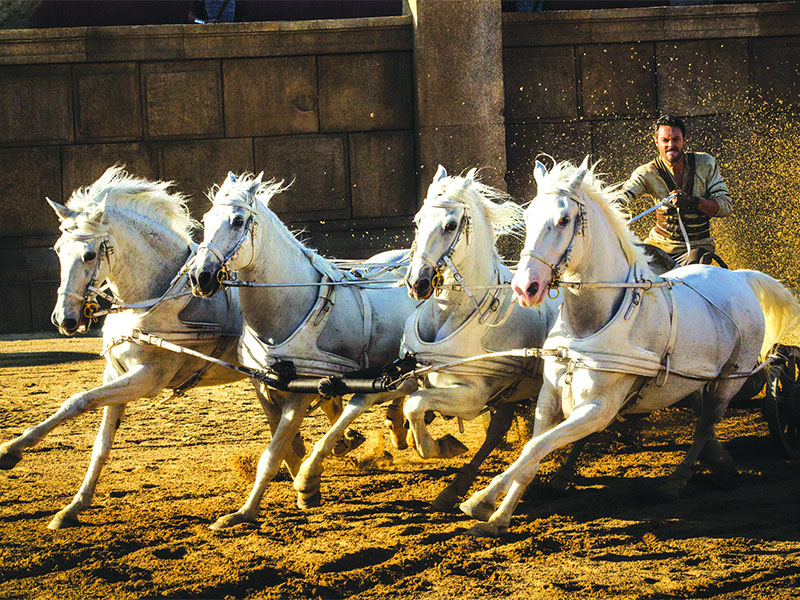 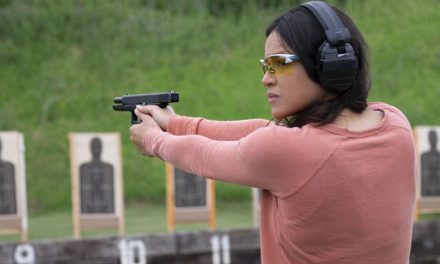