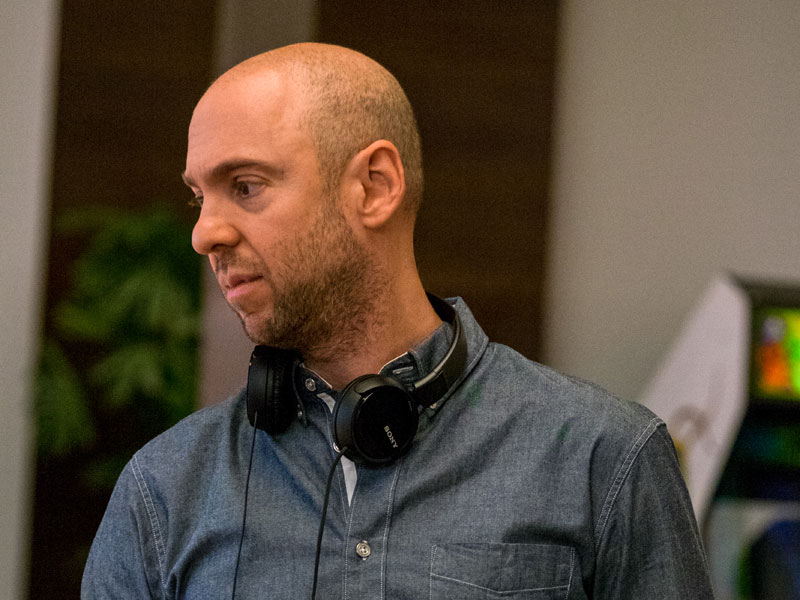 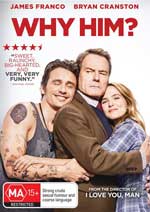 Writer-director John Hamburg has been a fixture of the comedy scene since his debut feature, Safe Men, premiered in 1998. He has since written and directed the popular comedy Along Came Polly, the commercial and critical hit I Love You, Man, and has also co-written Meet the Parents, Zoolander and Meet the Fockers.

His latest movie, Why Him?, was written by Hamburg and Ian Helfer, based on a story by Hamburg, Helfer and Jonah Hill. The film follows Ned Fleming (Bryan Cranston), a Midwest father who brings his family along for Christmas to the Silicon Valley home of his daughter’s new boyfriend, Laird (James Franco). Ned takes an immediate dislike to Laird, a wealthy tech mogul with more eccentricities than a traditional Midwest patriarch can stomach, and hilarity ensues as the pair get to know one another.

Fresh from post-production on the film, Hamburg explains his interest in the story and the joys of improvising new material on set.

What’s the history behind this project?

There was a story that Shawn Levy and Dan Levine, the producers, sent to me of a tech mogul who falls in love with a woman from a normal background, and conflict ensues once her family comes into the picture. The details of the story were quite different from where we ended up in Why Him?, but the concept spoke to me.

Having worked on Meet the Parents and the two sequels, I knew that territory, but I thought that the world had changed a lot since we made the first Meet the Parents, in that, in essence, the kids were in charge now whereas back then, the grown-ups seemed to have had all the power. I thought it would be interesting to explore those power dynamics, because it’s still the idea of a young woman having her first serious boyfriend and having that nervousness of introducing him to her family. And the family going into this foreign world, which is Silicon Valley, in this case. That felt very of the moment and interesting and that there could be a lot of comic fireworks, as well. At that point, I had worked on several scripts with my co-writer, Ian Helfer, and together, he and I developed the premise Shawn and Dan brought to me, into our own story.

Absolutely. Bryan Cranston and James Franco were the only two guys I ever wanted for the parts. Bryan, I had known his comedy from Malcolm in the Middle, and of course, like everybody else, was obsessed with Breaking Bad, and thought it was the greatest performance I’d ever seen, in anything.

I like making movies with actors who are brilliant comedians, but who also have real drama chops, because in my movies, the characters themselves think they’re in a drama. It’s only the world that is comedic. 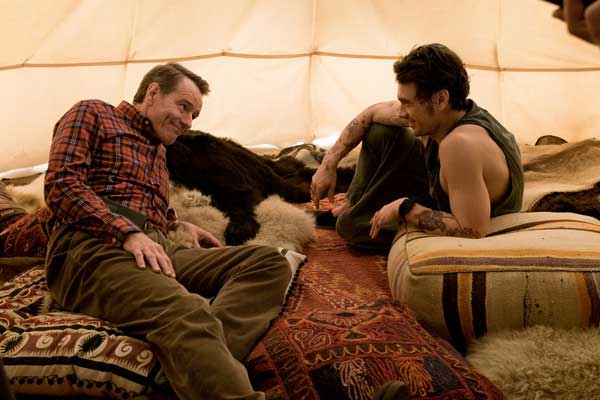 So I really wanted Bryan, and James perfectly embodied a guy who has no filter and says what he wants. He is really sweet and has a heart of gold, and is smart and thoughtful. But you may just not quite understand him at first blush. I didn’t know James well. We knew each other a little bit, but what I knew of his work and knowing him a tiny bit, it felt like he would be perfect. That to me was the dream cast.

The two characters at the centre of this film really don’t get on, but they’re both really nice guys deep down. How essential was that to making the story work?

The idea wasn’t that there’s a villain and a hero, or that their characters are black and white, because I find that people aren’t like that in real life. One happens to be this extreme, quite wealthy tech mogul, but he’s still a human being. That was really important to me, to try to create these dynamic, fully-fleshed out characters, and have the audience’s perceptions change almost while they’re watching the movie.

You might, in the early scenes, think that James’s character is so extreme and how could anybody be with him? How could any woman really be in love with him? But as it goes on, I think you start to realise, “This guy, he’s sweet. He wants a family. He really loves this woman. He loves this dad and mom and brother.”

And Bryan’s character is kind of an everyman type of dad who is struggling to hold on in a world that is evolving faster than he can process. He can’t accept that life involves change. Because he had it all five or ten years ago. His life was perfect, everything was going well. He had a business. But the world changes so rapidly, and I thought that was an interesting thing to explore, through these two flawed, but ultimately good-hearted, humans.

Bryan was well-known for Malcolm, but it’s another level after Breaking Bad. Is it fun to play with the iconography he brings to it?

Absolutely. That happened in Meet the Parents with Robert De Niro. It was like, “What if the guy from Raging Bull and Taxi Driver and Goodfellas was your father-in-law?” Obviously people know Bryan as Walter White, and we’re saying, you know, Walter White started as a pretty normal every day guy. He became Heisenberg, but what if instead he’s that guy and he’s the ultimate dad. But he’s got an edge to him. In Malcolm his character, I think, had less edge than Ned does in Why Him? He doesn’t go as far as Walter White, becoming Heisenberg. But he tries to hack into Franco’s computer. He does some fairly extreme things. It’s kind of a merging almost of those two characters, in a weird way. 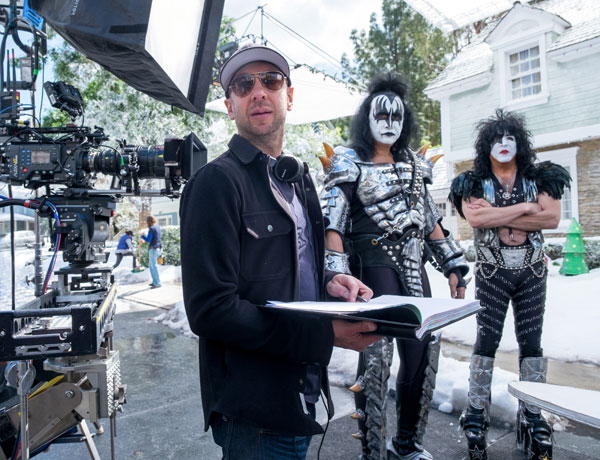 Similarly, with James Franco, we know him as this brilliant, eccentric artist, so you play on that as well.

It’s probably taking what the world might think of James Franco, which is that he’s brilliant, he’s a little strange, he’s hard to pin down. But he’s thoughtful and sweet. In our movie his character does a lot of different stuff. He does parkour training. He brings in a famous chef to cook for the family. A lot of James’s actual art peppers the house in the movie. We don’t say that his character painted it, but it was fun to put a lot of that artwork in that James actually did. I wanted him to feel comfortable on this set that was his character’s house. Humping Capybaras which hangs above Ned and Barb’s bed in the movie is a Franco original.

On set, there’s a tremendous amount of improvisation, and you throw in lines into the middle of a scene. How important is it to create new material when you’re on set?

It is very important. It’s a high wire act. We have a script that we’ve worked on for a long time, that we care a lot about, and we’ll always start there. But we don’t know where we’re going when the day begins, because it’s always about being open to new ideas and feeling the moment.

When you get these amazing actors, I can throw ideas out or they can. It’s a real collaboration. There are so many things in the movie that came up through the process. Maybe we came up with something on one day and decided to call it back on another day. I love it. It’s my favorite thing about making these kinds of movies, that you just don’t know what’s going to happen. It’s my job to guide it, so it’s not a complete free for all, it’s kind of controlled chaos. 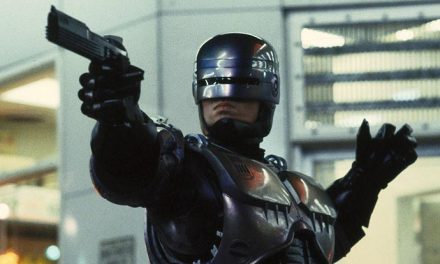 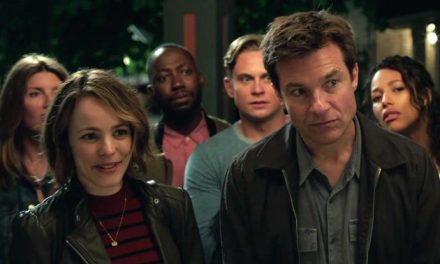 Are you game for Game Night? 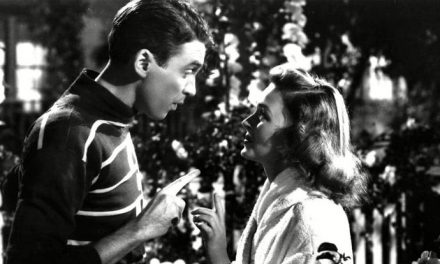 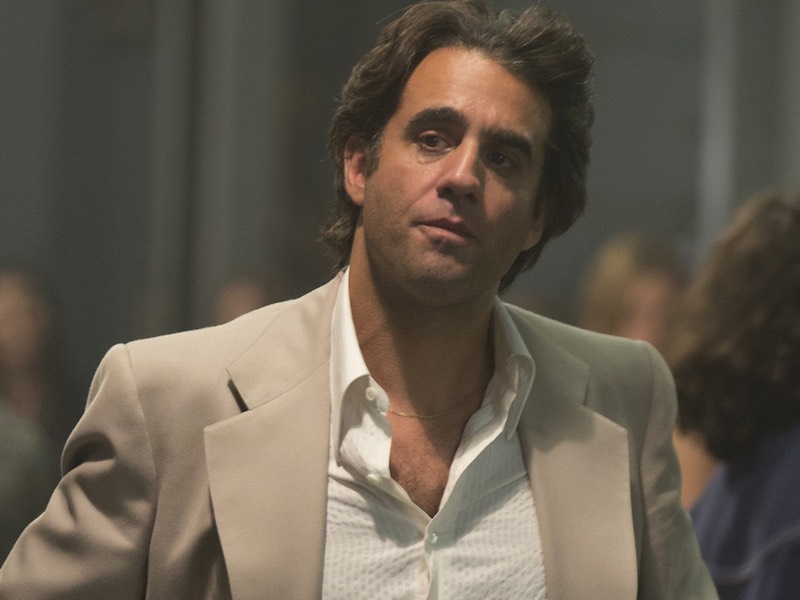