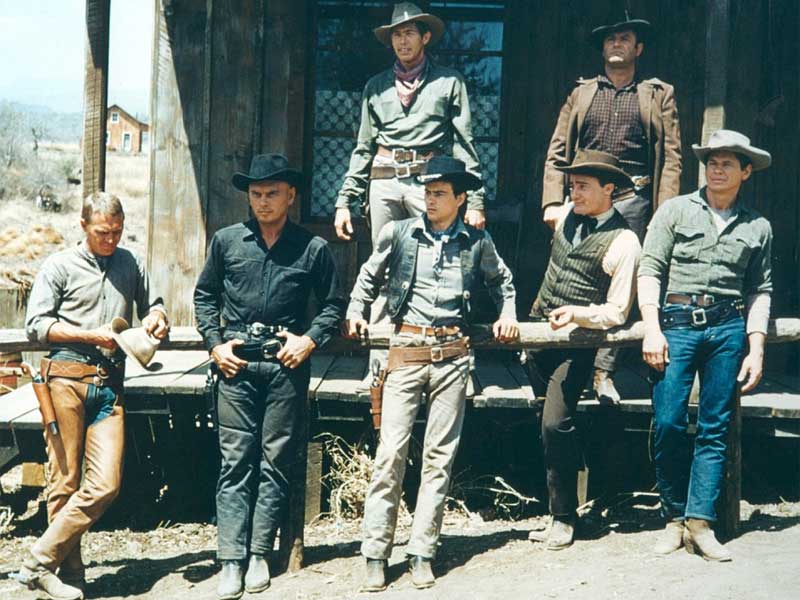 One of the oldest genres, the Western peaked in popularity during the 1940s and ‘50s and has experienced a gradual decline in the decades since.
Whether this year’s remake of The Magnificent Seven will spearhead a major resurgence for the Western remains to be seen, but in the meantime, these seven classics remind us why a revival is long overdue. 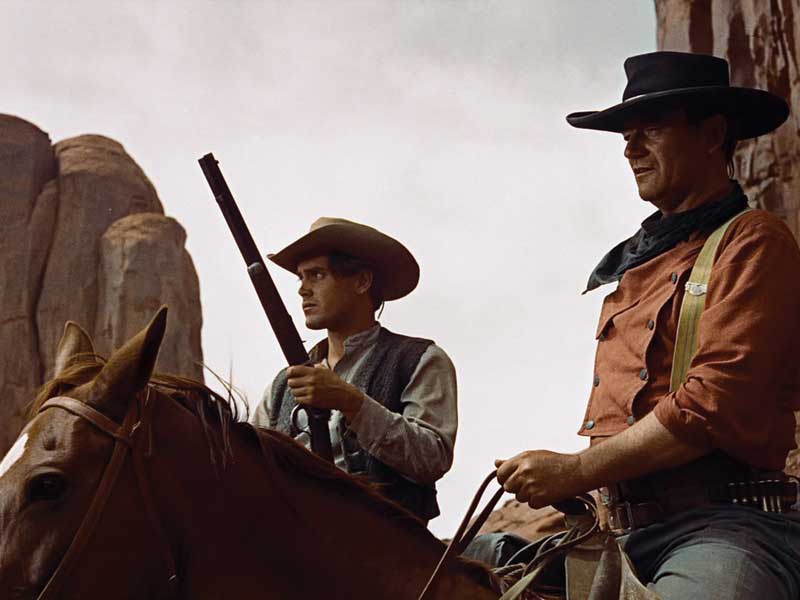 John Ford’s best collaboration with John Wayne is one of the greatest Westerns of all time. The Duke plays a bitter and obsessive Civil War veteran who embarks on a five-year search for his niece (Natalie Wood), who has been abducted by Comanche warriors. The Searchers raises the issue of racism toward Native Americans – uncommon in the genre at the time – and the stunning Monument Valley vistas are a textbook example of how to shoot landscapes. 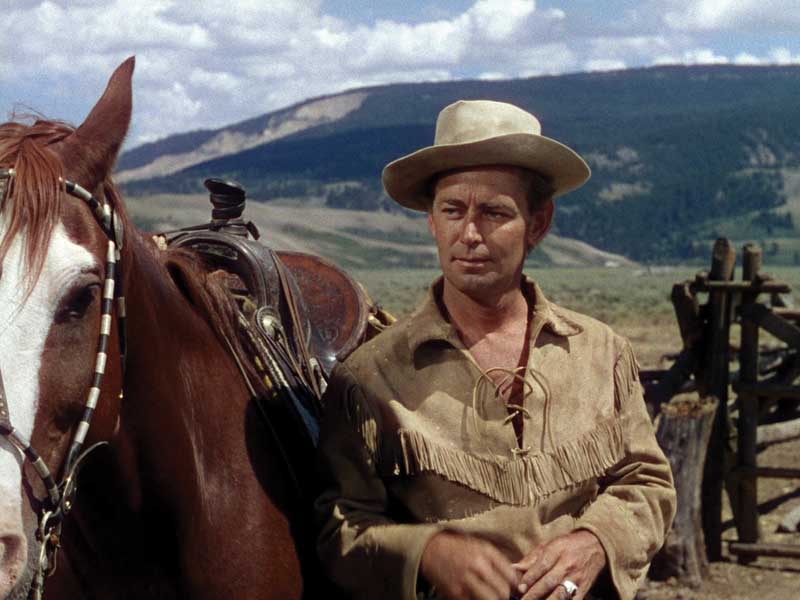 Conflict between ranchers and homesteaders was common in the Wild West, and usually resolved by the arrival of a mysterious gunslinger/stranger. Here it’s Alan Ladd, who must overcome an opportunistic cattleman and his ruthless hired gun (Jack Palance). The age-old confrontation between good and evil is the heart of the lm, but Shane proves to be a more complex character than most Western stereotypes, while still embodying the noble, mythic qualities of the heroic drifter. 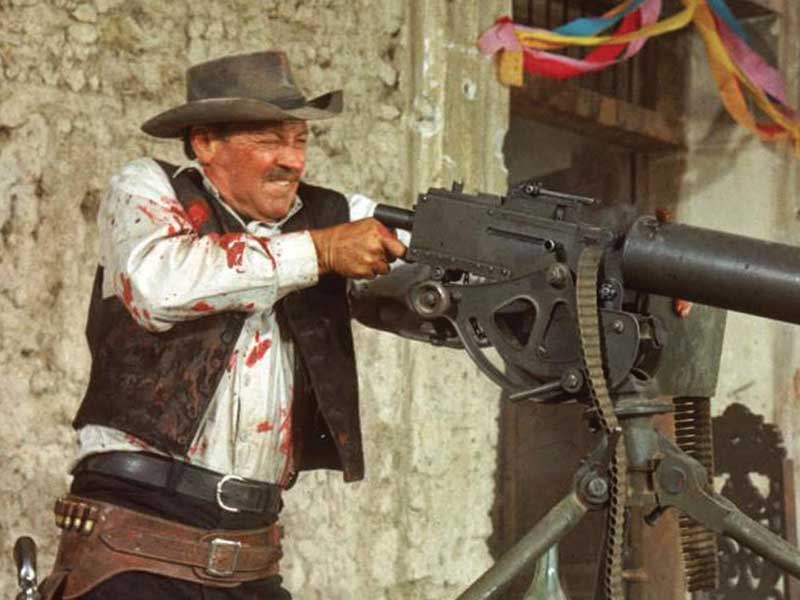 “We’ve got to start thinking beyond our guns. Those days are closing fast,” declares Pike (William Holden), who leads a bunch of old time outlaws from Texas into Mexico, with a band of bounty hunters in hot pursuit. Like the old gunfighters who would ride off toward a new social and political order, Sam Peckinpah’s violent classic ushered in a new era for the genre, one that continues to have a major influence on the modern action movie. 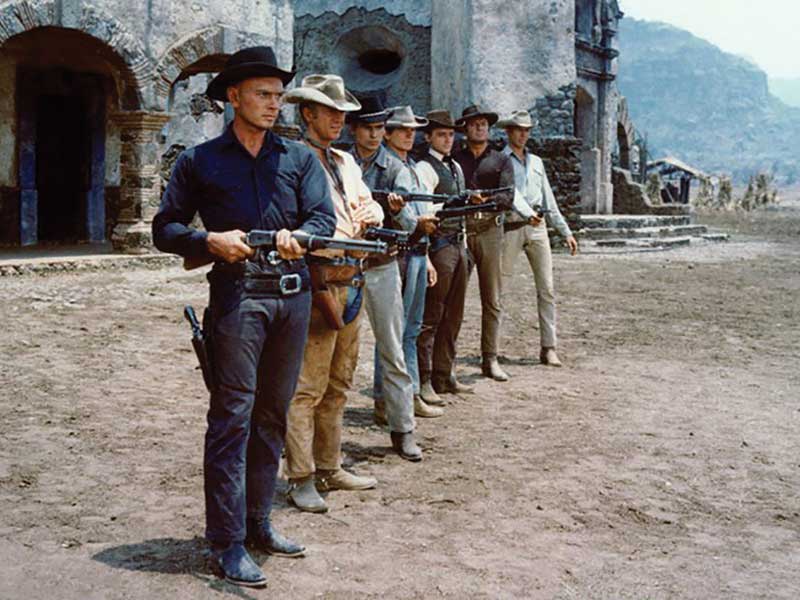 The oppressed residents of a Mexican village enlist the help of seven mercenary gunslingers to fight off marauding bandits in John Sturges’ star-powered reworking of Akira Kurosawa’s classic Seven Samurai (1954). It’s grand, epic entertainment and one of the last great Hollywood Westerns before a certain Italian filmmaker named Sergio Leone took up the reins. And of course there’s that unforgettable theme from Elmer Bernstein, too. 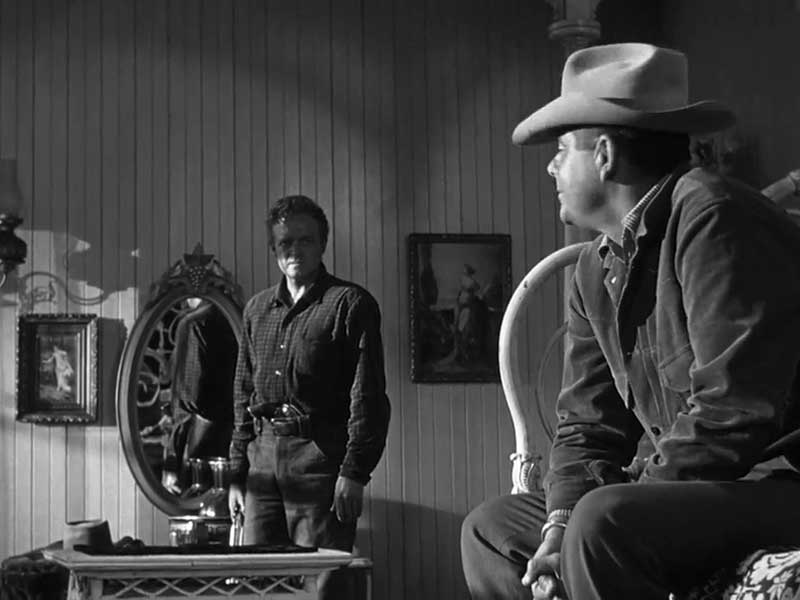 Drought-stricken rancher Dan Evans (Van Heflin) is hired to escort notorious outlaw Ben Wade (Glenn Ford) to the titular prison train, only to discover that Wade’s posse is waiting for its arrival, too. Based on a short story by Elmore Leonard and shot in atmospheric black and white, 3:10 to Yuma echoes what was great about High Noon, with the suspense building towards a climactic showdown (and the arrival of a train). Glenn Ford is terrific as the charming villain, and the cautious respect that develops between the two men adds a dramatic layer to this classic ‘50s oater. Watch for the scene in the hotel room. 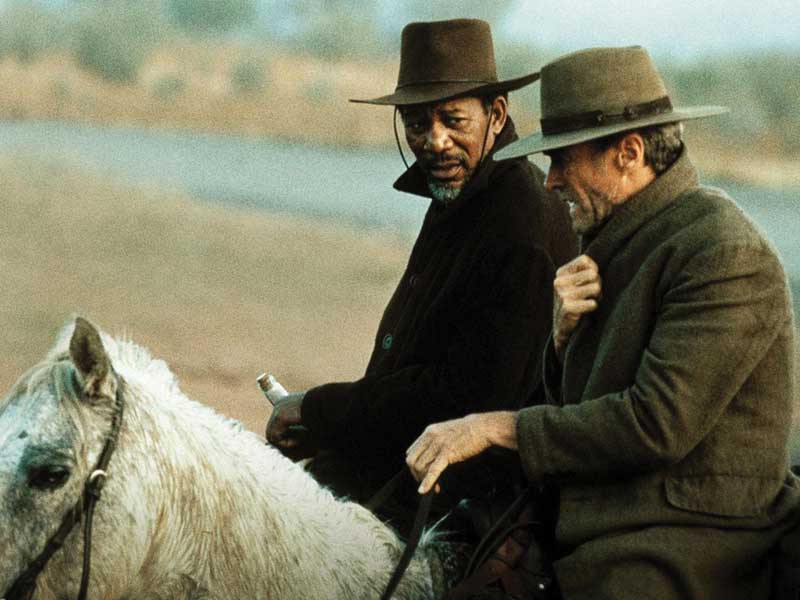 Clint Eastwood’s Best Picture Oscar-winner is everything you’d expect from one of the genre’s icons. The director also stars as a weary former gunslinger that takes one last job in Big Whisky, Wyoming, where the town’s brothel workers have put a bounty on the heads of a pair of cowboys who attacked one of their own. A modern tale rooted in the mythology of the Old West, Unforgiven is a dark look at the effect of violence on the souls of the men who dispense it for a living, and a bona fide classic. 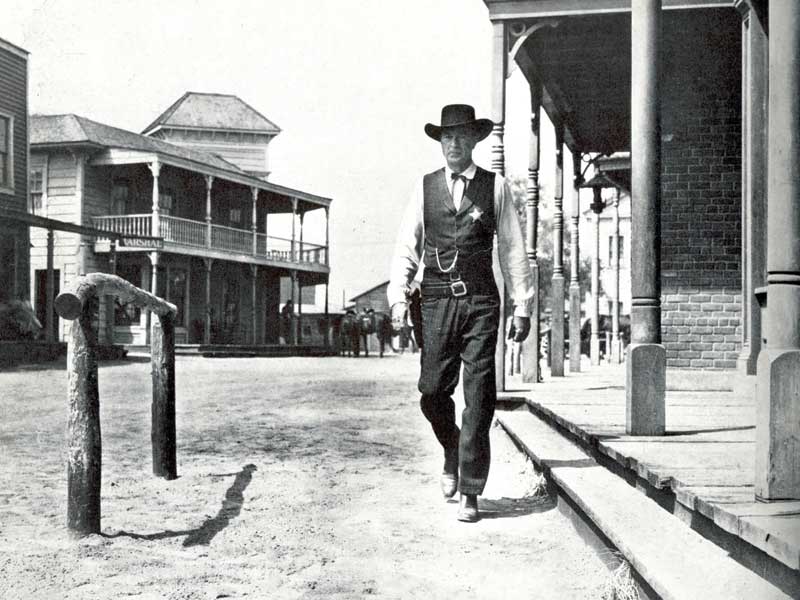 “Do not forsake me, oh my darlin’.” Gary Cooper’s marshal must stand alone against a vengeful killer when the townsfolk refuse to help him in this unconventional Western. A highpoint of the genre, High Noon is also a tightly wound suspense thriller set against a Wild West backdrop, with a ticking clock counting down to the arrival of a train carrying Cooper’s nemesis. The film won Oscars for Cooper’s performance, Editing, Original Score, and Original Song. 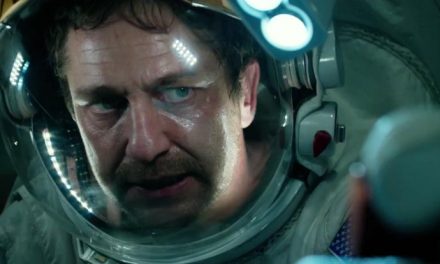 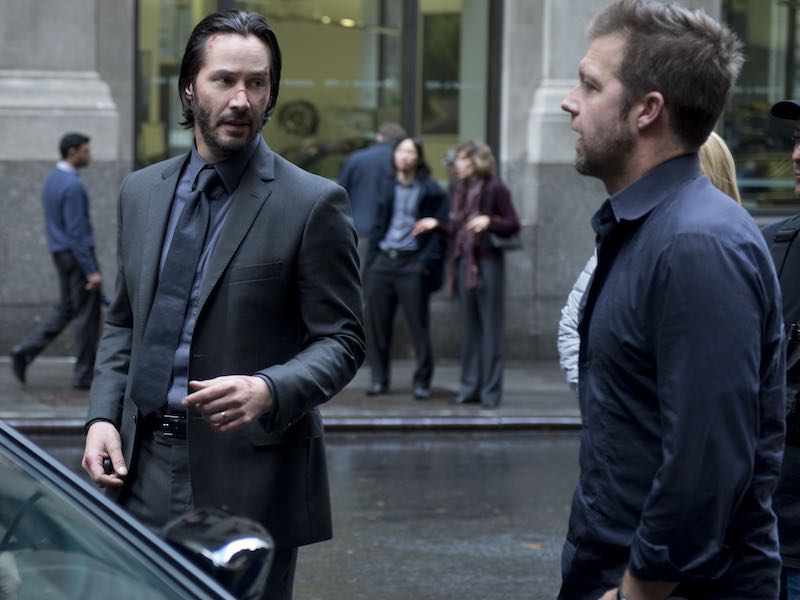 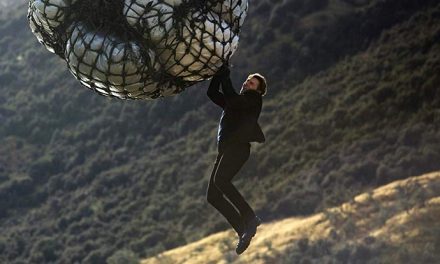 Is Tom Cruise nuts?! The stunts of Mission: Impossible – Fallout 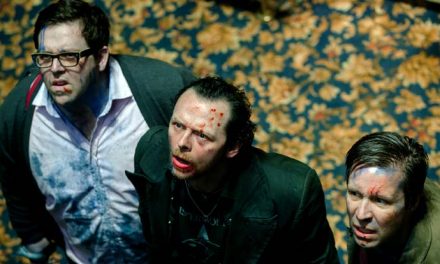