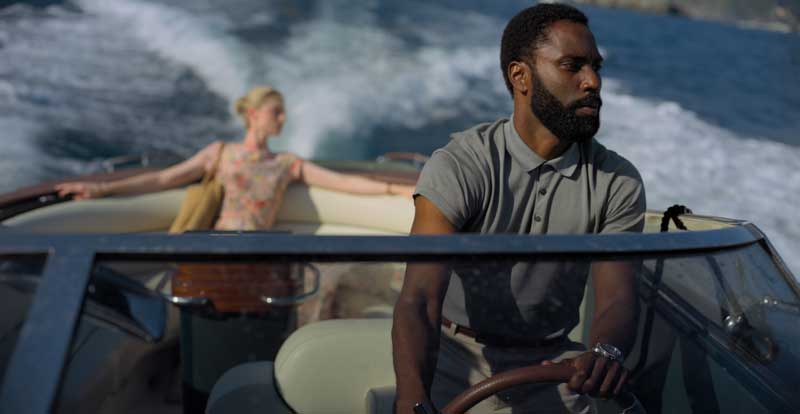 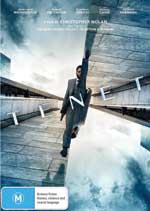 From the reverse narrative of Memento to the dreamscapes of Inception and the physics of Interstellar, time has played a major role in the films of Christopher Nolan. His latest, Tenet, fuses the concept of time and how we experience it to a traditional spy thriller with science fiction overtones.

“The simplest way to explain our approach is to say what we did with Inception for the heist genre is what Tenet attempts to bring to the spy movie genre,” says Christopher Nolan, adding that he had always wanted to make a film within that genre. “I grew up loving spy movies; it’s a really fun and exciting branch of fiction. But I didn’t want to do this type of film unless I felt I could bring something fresh to it.

“Tenet is an espionage thriller with a Protagonist at its heart, who is inducted into a more-secret-than-secret organisation known as Tenet,” he continues. “Often these types of characters are portrayed as being very hard and cynical. Yet, there is a degree of selflessness and self-sacrifice to what they do and what’s expected of them that speaks to a different set of ethics and an accountability and responsibility to their fellow man. John David Washington and I both felt that we had an opportunity here to tap into those attributes more, as a motivation for him doing the most extreme things, all for the greater good.” 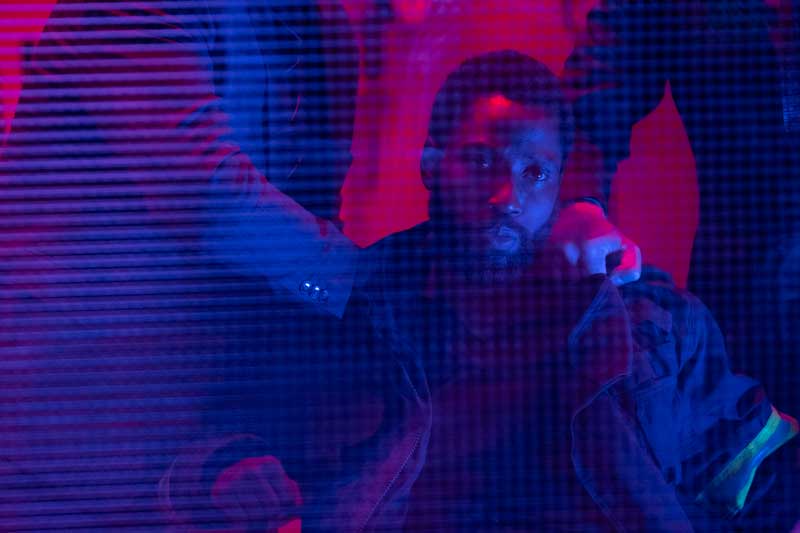 The stakes are high indeed, with World War III looming and the fate of the world in the hands of Washington’s Protagonist, who is investigating the use of technology that can reverse an object’s trajectory, following the discovery of bullets that appear to have travelled backwards in time. But as the film points out, it’s not time travel per se, it’s ‘inversion’.

“The movie challenges our traditional ways of interpreting time, interpreting what we perceive is real, our learned behaviours,” says Washington. “There’s a lot more going on. I had never read or seen anything like this before. Nobody has. Chris deals head on with how we understand the physics of time, all through the lens of this character. I don’t know what his fascination with time is, but I love how he deals with it in his movies.”

While fantastical, the notion of inverting time is a theoretical possibility for physicists and is determined by the law of entropy, which states that all things trend toward disorder.

“Every law of physics is symmetrical – it can run forwards or backwards in time and be the same – except for entropy,” explains Nolan. “The theory being that if you could invert the flow of entropy for an object, you could reverse the flow of time for that object, so the story is grounded in credible physics. I did have [physicist] Kip Thorne read the script and he helped me out with some of the concepts, though we’re not going to make any case for this being scientifically accurate. But it is based roughly on actual science.” 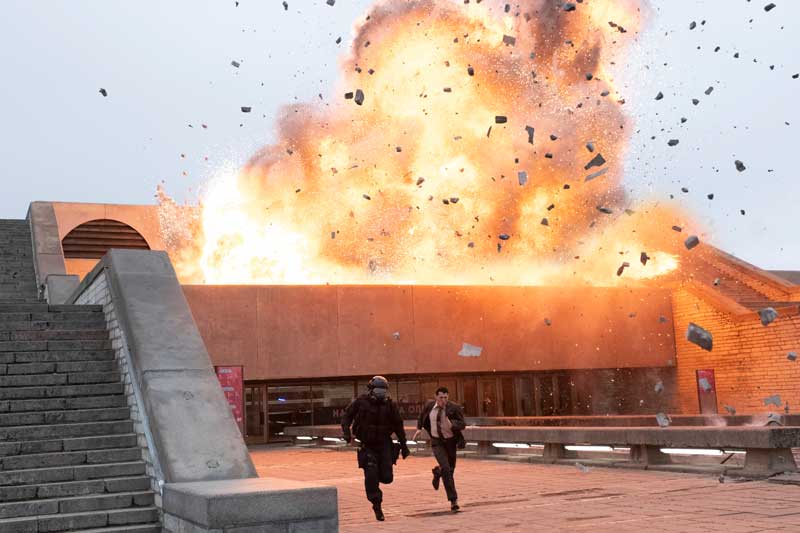 When it came to realising the concept onscreen, the filmmaker was well aware that it would not simply be a case of reversing the camera or winding the footage backwards.

“There is an interaction between the direction of time and the environment we’re in: how things move around us and even the air we breathe,” he says. “The notion of inversion is an asymmetrical one, so the rule-set was complicated and had to be addressed in more complicated ways. That meant a variety of techniques, from cast and stunt performers being able to perform fight scenes and running and walking in different directions, to vehicles that would drive forwards or backwards in various configurations so that we could, shot to shot, completely change the technique we were using to create the particular visual. Something we’ve learned over the years: if you can have a range of different techniques allowing you to keep changing the trick that you’re using shot to shot, it becomes much harder for the audience to be pulled out of the film. It’s much more immersive.”

Nolan hopes that Tenet will deliver a new experience in action cinema and the spy genre for audiences. “I want to give them a different way of looking at it, so they get some of the sense of excitement that I had as a kid watching those kinds of films. We’re trying to give the audience a new experience that re-injects that sense of the unknown in movie action sequences. We really want to give people a ride like nothing they’ve had before.” 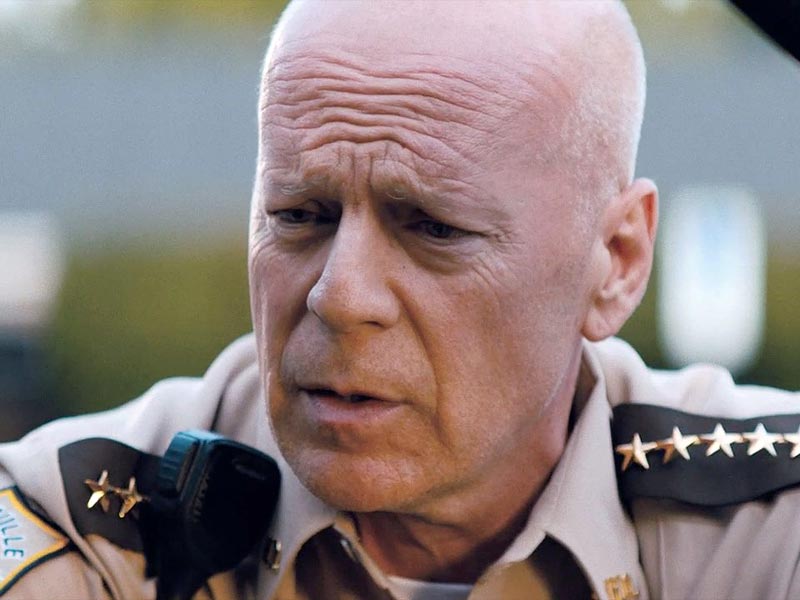 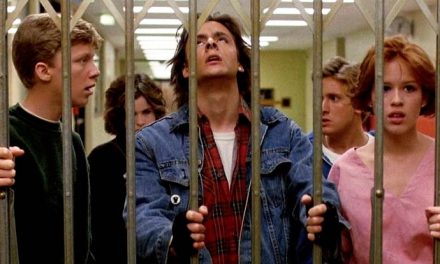 Today’s the day!
The latest issue of STACK is here & it's choc-full of amazing movies, music, gaming & tech! 🔥
Pick up your copy RIGHT NOW at your local @jbhifi or online at STACK.com.au

The Fast Saga is renowned for its incredible array of automotive wonders – and it’s never been shy to smash many of them together. ... See MoreSee Less

The 'Fast & Furious' series is renowned for its incredible array of automotive wonders - and it's never been shy to smash many of them together.
View on Facebook
·Share

Between Night of the Living Dead and Dawn of the Dead, George A Romero filmed The Amusement Park. Thought lost, it was recovered three years ago and has been given a 4K restoration. ... See MoreSee Less

Between 'Night of the Living Dead' and 'Dawn of the Dead', George A Romero filmed 'The Amusement Park'. Thought lost, it was recovered three years...
View on Facebook
·Share

This week in the vinyl chart: The Sharknado sweeps in to punch Harry off his perch, and Julia’s excellent new solo LP cracks the top 10. ... See MoreSee Less

This week in the vinyl chart: The Sharknado sweeps in to punch Harry off his perch, and Julia’s excellent new solo LP cracks the top 10. Here’s the...
View on Facebook
·Share

After many false starts, A Quiet Place Part II is finally making its way to Australian cinemas really soon. Now we have a “final” trailer. ... See MoreSee Less

After many false starts, 'A Quiet Place Part II' is finally making its way to Australian cinemas really soon. Now we have a "final" trailer.
View on Facebook
·Share

Please be better than the first