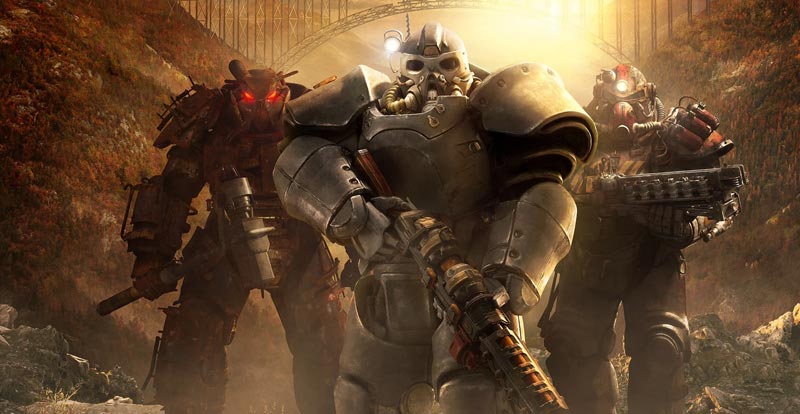 Fallout 76 – Upgrading the end of the world 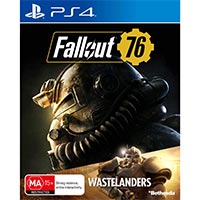 It’s now almost two-and-a-half years since Fallout 76 launched, and it’s undergone quite an evolution within that time. We checked back in with Bethesda’s game to see what the state of play is today.

When Fallout 4 launched in November of 2015, it was greeted with a level of excitement that cemented the franchise’s place in modern gaming history. Sporting the upgraded game engine from Skyrim, fully-voiced player characters and many other improvements over previous games in the series, it also introduced something to the game that may have been a hint of what was coming next – player-built “settlements” that served as home bases while exploring the world.

There had been some talk at Bethesda about adding a multiplayer mode to Fallout 4, but with substantial changes needed in the game engine for that to be even possible, it was sent off to percolate as a separate, online-only game. The result was Fallout 76 – a game set in the huge, diverse and visually stunning wilds of Appalachia (an alternate West Virginia), set years before the previous games with the player emerging from Vault 76 on a day when humankind was meant to start repopulating the planet. Spoiler: it didn’t quite work out the way it was meant to. In the world of Fallout, it rarely ever does.

When it released in November of 2018, Fallout 76 was a strange beast – very much a Fallout game in its look and feel, but missing one major key ingredient that fans were used to from the previous three games – characters populating the world with their quests and stories. Launching as a “sandbox” made some sense – the game was designed with player-versus-player combat and collaborative co-op in mind, with questing in the game limited to tasks discovered on Holotapes, abandoned terminals and from robots designed to propel players through the world to a point where they could, if determined enough, launch a nuclear strike and undo all the progress mankind had made in return for an epic exploding moment.

But for many long-time Fallout fans it wasn’t enough – they wanted proper quests handed out by proper NPCs with proper conversations and stories. Bethesda’s response – the Wastelanders expansion, released in April 2020 as the real world settled into its own apocalypse – would completely redefine the game and bring an ever-increasing number of players to West Virginia. Boasting a new main story as well as extensive updates to the existing quest chain, tons of NPCs, factions, recruitable allies, new weapons and armour and a lot more, the expansion rebuilt and improved Fallout 76 entirely in response to player feedback. 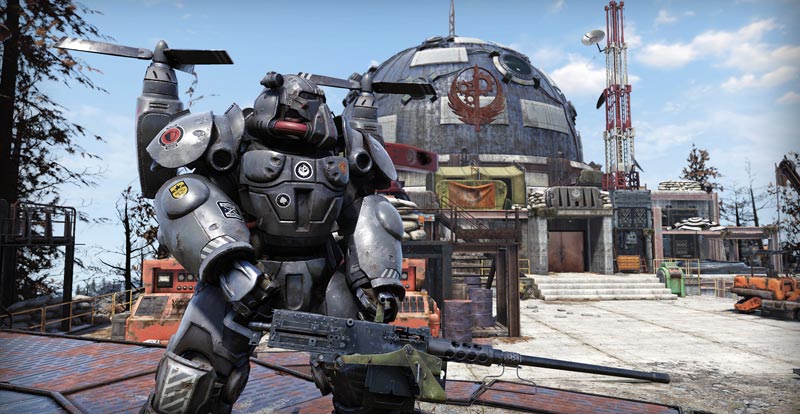 Wastelanders was hugely well received, welcomed by many as a proper return to the story and gameplay of the Fallout series. Being an online multiplayer game, though, that was just the beginning; the potential for future expansion and growth was very much there. Last December, the first sign of that appeared with the Steel Dawn expansion, bringing the Brotherhood of Steel into the region and the ongoing storyline, with a brand-new questline along with new characters, locations and features.

So, by the end of 2020, Fallout 76 had transformed into a story-driven, content-rich experience in a world also populated by real players – with, of course, the option to not engage in combat with those real-world people if you don’t want to, and plenty of opportunity to interact with them in your travels through Appalachia. The game is in the best place that it’s been since launch, and it’s dangerously easy to just pop into for a few minutes, only to find that hours have passed as you head down the rabbit hole of story and exploration. For those who’ve been holding off trying Fallout 76 because it was so freeform and unstructured at launch, now’s an ideal time to jump in.

There’s an optional monthly subscription service for the game, Fallout 1st, which works in a very similar way to ESO Plus in Elder Scrolls Online – and just like with that massively popular MMO, it acts more as a set of “nice to have” perks rather than being essential for playing the game. Membership gives you access to Private Worlds – servers where you (and your friends, if you want) can explore Appalachia without other real-life players. You also get access to the Scrapbox (unlimited storage for crafting materials, much like the Craft Bag in ESO), a portable fast-travel tent, outfits, icons, emotes and other cosmetics, and 1650 Atoms each month to spend at the in-game shop. It’s all really nice to have, but the game plays great without it – nothing’s been removed or restricted to push players toward subscribing. 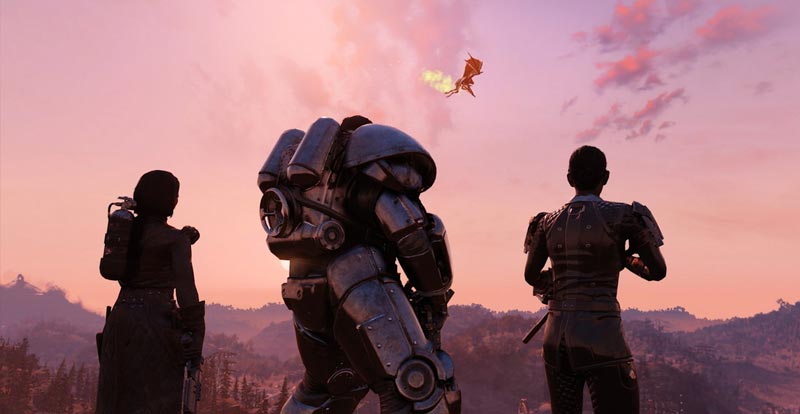 Heading into 2021, Bethesda has announced a year-long roadmap, outlining even more content in the pipeline, with the Locked & Loaded update leading the way during our autumn. That’ll bring the much-requested saveable loadouts for your S.P.E.C.I.A.L. perks (and the ability to reboot your entire build at your camp once you hit level 25), multiple camp location slots, new random Daily Ops, more user interface improvements and combat improvements including aim assist for those using controllers.

Then, this winter, the Brotherhood of Steel story continues in the Steel Reign update alongside craftable legendary items. Spring will see a major update to the private worlds feature that’s being kept under wraps for the moment, and in summer you’ll be able to recruit pets for your camp, as well as engaging in large-scale public challenges and seasonal events.

So, as Fallout 76 heads into its third year of growth with a roadmap that promises ongoing new content, improvements and stuff to do, is it worth picking up (or heading back to)? With the wealth of content already on offer – and one of the most visually stunning open worlds that Bethesda has crafted yet – we’d say the answer’s a very definite yes. It may have faltered a little out of the gate, but Fallout 76 has evolved into a hugely enjoyable hybrid of online shared-world adventure and single-player story and questing, with launch bugs long ironed out and community feedback driving the ongoing development of the game. The emphasis on the expansive world and its denizens, factions and adventures makes Fallout 76 feel like a living, breathing entry in the franchise that’s still got that classic Fallout “just one more quest” feeling baked right in.

Fallout 76 is available now on PS4 and Xbox One. 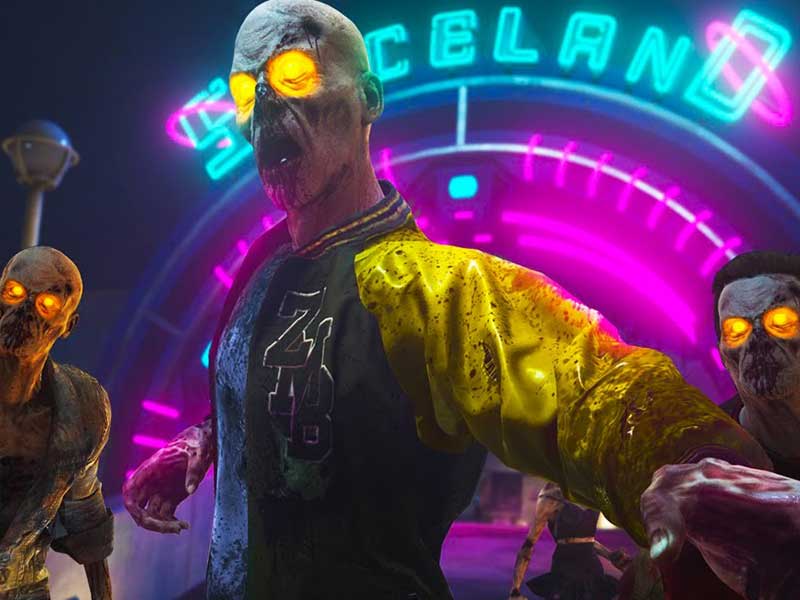 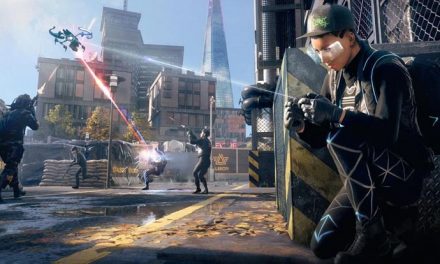 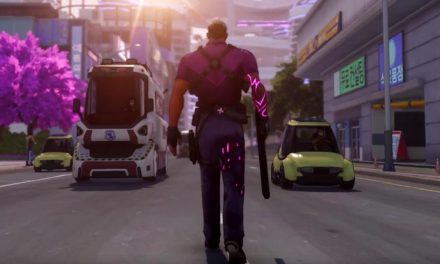 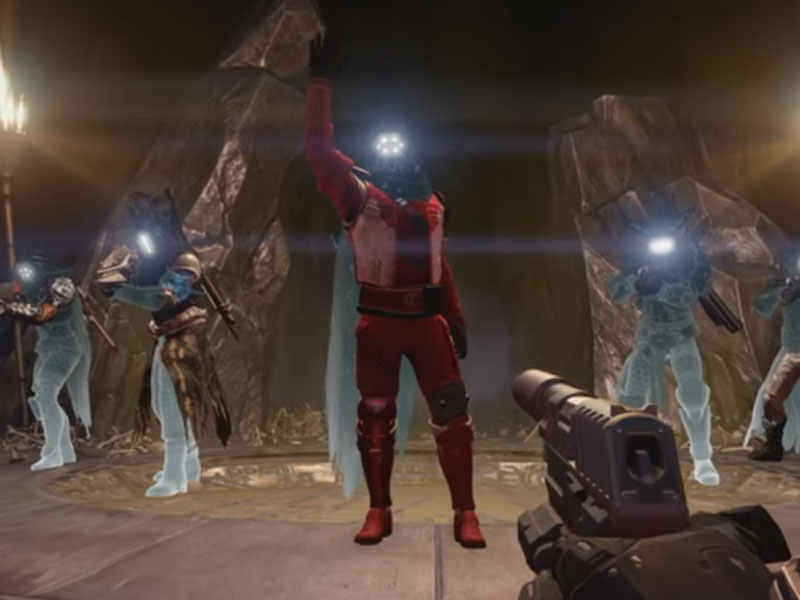 “Mushu” his a legend

Smaug was intelligent, wise and knew how to throw a BBQ.

Draco from dragon heart, it’s the voice sean Connery was the perfect choice.