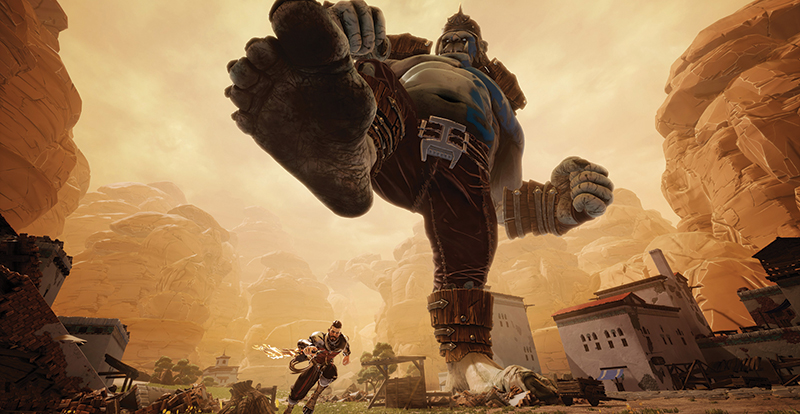 Extinction lets you take on ogre-sized monsters and – literally – cut them limb from limb to prevent the end of mankind. We threw a few questions at Derek Neal, executive producer, to find out a little more about the new game.

Where did the initial idea for the game come from?

Derek Neal: In a lot of games, when you go to “fight” a giant monster, you don’t really get to fight it. They make you play a quick-time event, for example, or solve a platforming puzzle. Maybe you hack at the monster’s toe until its HP bar reaches 0, and then it falls over and dies.

We wanted to make a game that better simulated what combat with giant monsters would actually be like. To us, that meant carving off pieces of them, destroying their equipment, evading their attacks, climbing all over them, and trying to protect the innocents while all this was happening.

How early on did you decide on the combat style?

We knew right from the beginning that we wanted true, real-time, skill-based combat against giant monsters. But a lot of the details – like what attacks you have access to, what things you can damage, and how you manage your energy – took months of exploration in order to get right.

Tell us more about protagonist Avil and where he fits into the story.

Avil is a former soldier who was captured and pressed into slavery. He managed to escape when the Ravenii attacked.

The rest of the Sentinels are gone – what happened?

The order slowly died out over the generations, as the threat they were founded to fight disappeared into myth. At the time Avil joins the order, there isn’t much left.

How can players customise their characters?

Avil has a skill tree where players can choose which abilities to improve, and what new powers to unlock, as they progress through the campaign and other game modes.

What was the inspiration for the Ravenii?

Where have the Ravenii come from?

Most recently from another world, where they have enslaved the indigenous population and turned them into soldiers to support their invasions. As far as where they came from before that, you’ll have to play the campaign to find out!

How will the deaths of civilians and the destruction of towns impact the progression of the story?

Your performance on each mission is rated with a series of stars, and there is an alternate ending that unlocks if you get all of them.

Is the campaign linear or more open-ended?

The campaign is linear and mission-based, but each of the mission maps are fairly open-ended, with a lot of freedom in how you choose to complete them.

What kind of skill tree and progression can players look forward to?

The skill tree allows Avil to unlock new abilities, like the ability to control his fall direction or expand his radar capabilities. He can also upgrade his other considerable abilities, like his abilities to traverse the environment and his power to slow down time.

Can we expect any enhancements on PlayStation 4 Pro or Xbox One X?

We’ve put our effort into making sure the game experience is as good as possible for everyone, so there won’t be a big difference for people playing on higher end platforms. 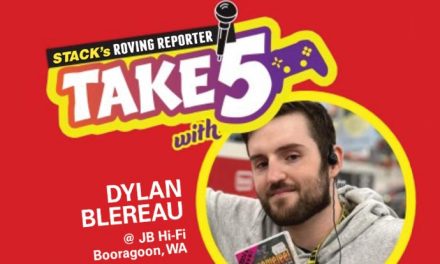 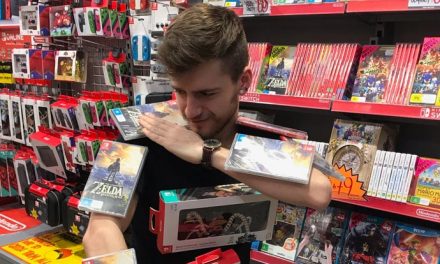