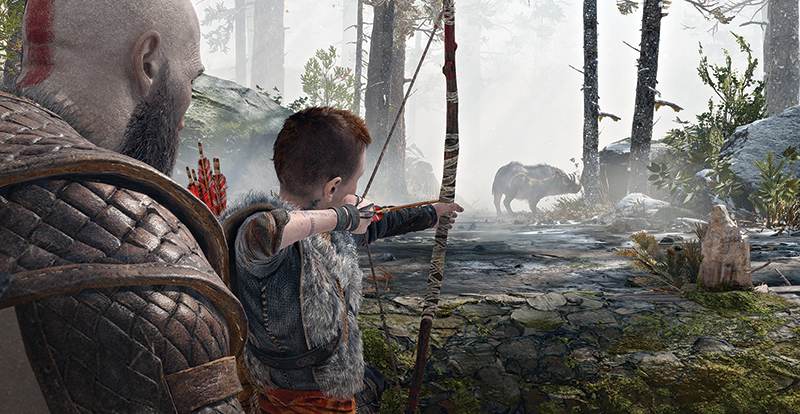 Kratos is back. A new mythology, a new family member, new weapons, and a new world. It’s God of War like you’ve never seen it before.

The very first God of War game released for the PlayStation 2 in 2005. 13 years later, we’re two (and a half) console generations down the track, and it’s safe to say things are a little different. Nothing stays the same and that, of course, applies to video games, too. Sony has had a long hard think about where its popular franchise needs to be in 2018. Consequently, there are some new additions here; for starters, this instalment has a new camera system, and swaps the Greek mythos of old for a new Norse regime.

At Sony’s Sydney HQ, we recently engaged in a significant hands-on session with Kratos’s new adventure on a PlayStation 4 Pro (which you can check out at stack.com.au), and also had the opportunity to sit down with Aaron Kaufman, community manager at Santa Monica Studios, to chat about the franchise’s renaissance and why the studio opted to swap for Norse mythology.

God of War: Ascension was the last game released before the reboot – back in 2013. Kaufman tells us that this was when work on reimagining the series truly began.

“We got a lot of feedback about that game. The fans really just told us: ‘okay, it’s time for Kratos to change.’ Kratos is such an iconic character to PlayStation that I think in many ways, he’s someone that you would hope never ever goes away from the PlayStation universe.”

In saying that, Kaufman recognises that they can’t simply keep re-telling the same story. “We did a lot of research, a lot of user testing on different ideas, and one of the things we kept discovering is that people wanted an evolved character. They didn’t want the same character who was hellbent on rage. Enough is enough, right? Our core God of War fans still want a Kratos that’s full of rage, and we give you a taste of that in this game.”

Here Kaufman pauses to mention the return of Cory Barlog to SIE Santa Monica Studio. Barlog began his journey with the very first God of War; having departed the studio in 2007, he returned in 2013 as creative director for the beginning of the new game.

“During his time away, our head of studio called him, and he had some big grand visions of where he wanted to take the game.”

He also explains how Barlog ended up becoming one of the writers on the new God of War: “A lot of it related to his personal life. He jokes about being a lazy writer and pulling from his own family where, you know, he has a son who’s five years old. His wife’s Swedish, his son speaks Swedish better than he does.”

The admiration for Barlog is clear in Kaufman’s voice – having him back seems like a dream come true. “Cory was really the advocate championing bringing this game into a father-son journey, but our studio as a whole, we are maturing, too. We kind of joke that the old God of War was our college years, when anything goes and you could make these over-the-top brutal moments, with larger than life monsters. It was like, ‘let’s create the most f–n’ crazy moment we can. Now, we’re maturing. The studio’s maturing, games in general are maturing, and our game has to grow with it. All of those things bundling together was a signifier to us. Cory encouraged the studio to push the game in a different direction.”

And that’s what happened. God of War has made the jump to Norse mythology, but Kaufman tells us they also considered Mayan and Egyptian before settling on Odin and his ravens.

“The Norse universe is really the one that offered us the most rich backdrops in terms of characters. In Norse, there are three races that are constantly at war with each other.”

Kaufman believes this is the perfect predicament do drop our mate Kratos into. “The really interesting thing is Kratos doesn’t really know what he’s in the middle of. He’s landed on the shores of Scandinavia and he’s really unfamiliar with the Gods and the conflict around him. It isn’t until he sets out on this journey with his son, Atreus, beyond the protective boundaries of his home, that he starts to slowly realise he’s in a whole new world. That’s a really fascinating world for us to be in.”

With the game featuring a significant twist on Norse mythology, Norse enthusiasts will be pleased to know that Kaufman and his team consulted the Prose Edda – in Kaufman’s words the “Norse Bible” for their research.

“We pulled out elements that we thought fit our game best. So, the World Serpent, who you’ll eventually encounter, is said to be a serpent that is as long as the world. His backstory is very interesting. We actually did an awareness campaign called The Lost Pages, where you can learn more about Jörmungandr – that’s the name of the World Serpent – and how he ends up being an ally to Kratos and Atreus. He’s a little bit of a different character in the real Norse present. Brokkr and Sindri, who are the smithing elves, they are in Norse mythology as the creators of Mjolnir [Thor’s hammer] and Odin’s ring; they are exactly the same in our game. There are a whole bunch of other tie-ins that as you’ll play, you’ll explore.”

Finally, God of War’s camera is now over the shoulder, more akin to Horizon Zero Dawn or The Last of Us. This, according to Kaufman, was just another part of the revamp.

“We knew right at the beginning that along with evolving the character, we had to change up the gameplay in a dramatic fashion. But it came with a real strong ‘why?’ The ‘why’ was Cory and the team really wanted to bring the fan into the journey. Now, you are much closer to the action than ever before, and you’re seeing the journey through Kratos’s eyes. This God of War game is all about showing you what you want to see. I think we just wanted that more cerebral thinking experience when you’re experiencing the world that other action adventure games have done such a great job at.

“The other reason for shifting the camera was the combat – giving the player the ability to control the camera, to bring them closer to the action. We thought that was going to add a lot more strategic depth and choice to the game.” 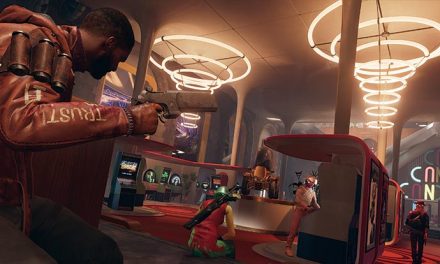 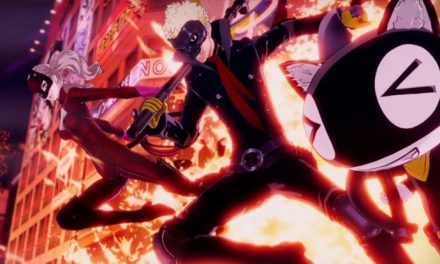