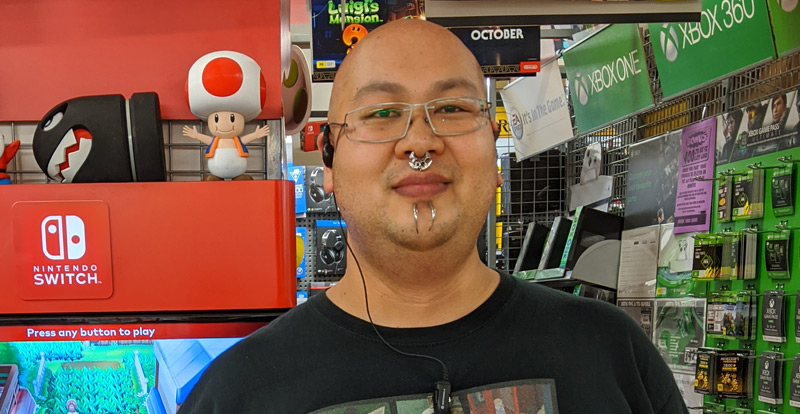 When we ventured out for this episode of Roving Reporter, Animal Crossing: New Horizons was just a couple of days from release. It’s fair to say that Morris Umali of The Galeries store in Sydney is a fan – he even has an Animal Crossing tattoo!

In Morris, we have a new Roving Reporter record holder for the longest time at JB. “It’s coming up to 13 years now.”

Morris has worked in games for all this time, but he hasn’t always been Sydney-based. Like us, he’s roved around a bit, getting his start in Canberra before moving to the Cairns Central JB and then on to The Galeries. So, how did he get his start?

“A friend of mine posted on an internet forum, ‘If you know games and need a job and live in Canberra…’ and I said ‘Yeah!’”

Like most games coordinators that we speak with, Morris loves the passion of games customers. So, what are they snapping up currently?

“The Switch, actually. We just got more in about an hour ago and people are going nuts over them!”

As for feeding those fresh Switch habits, the titles that sell best are a familiar story.

“Definitely games like Mario Kart, which is the one that everybody knows, Super Smash Bros., Mario Party, Zelda…”

With 13 years working in games, Morris has to love them. But how did he get into them?

“I’ve been playing games since 1986. My dad had an IBM PC XT. I started playing games like Pac-Man and Tetris, then point-and-click adventure games like Leisure Suit Larry and Police Quest.”

Ever the diplomat, Morris has no particular console allegiance nowadays.

“I play them all, because they all have things that are strong. Switch, because I have a 45-minute commute each way, PS4 has a lot of fantastic exclusives and Xbox, I love the controller.”

As for a favourite all-time game? “The one tattooed on my forearm, Grim Fandango.”

We love that commitment, and it’s something that Morris definitely has to his job. When we asked if he had a favourite piece of games memorabilia, we loved his super-cool response.

“Not something I collected, but one I built that was on display in my store. I made the Leviathan Axe from God of War – it even lights up!” 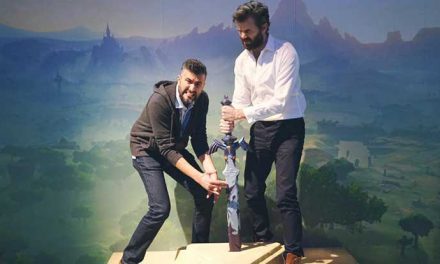 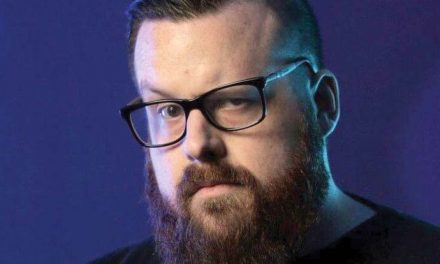 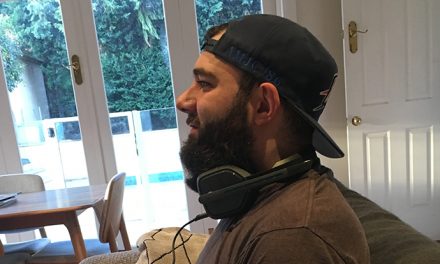