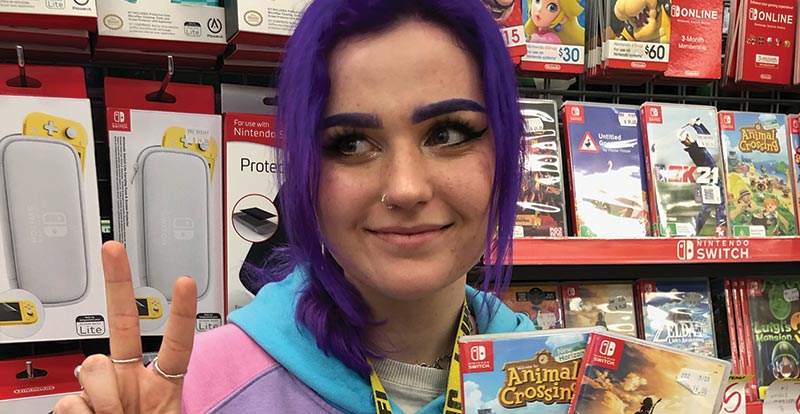 Some people were just born to be gamers, like Naomi Sharp at JB Wetherill Park in NSW.

“I’ve seen home videos from when I was a baby and there’s a SNES in the background, so I was literally born into a family with video games,” Naomi tells us. “My first game would have been Banjo Kazooie, that’s what I can immediately remember. Nintendo 64 was my first console, so Banjo Kazooie and Pokémon Stadium were probably my defining games. Then the DS, Wii and PS2 era was what I grew up on, which is why I’m fairly PlayStation and Nintendo oriented now. I love the Switch because it’s portable, so I can bring it to work and play it on my lunch break!”

Naomi has been at JB for around three and a half years now, working in games the whole time. There couldn’t be a better fit for her, as she loves sharing her passion for gaming with her customers.

“I love being able to work in a department that I’m actually passionate and knowledgeable about. I could talk about Switch all day, but I get paid to do it, which is great! I just really enjoy making sure everyone’s got what they need to play the games, and especially helping out younger gamers and parents when they come in. I love making recommendations for them.”

“I could talk about Switch all day, but I get paid to do it, which is great!”

There’s one game in particular that Naomi loves spreading the word about.

“I’ve been getting a lot of kids coming in who have been looking for suggestions, and it’s nice suggesting Animal Crossing: New Horizons. I started playing Animal Crossing when I was nine years old and it may be a little bit sappy, but I love that I’m passing it on to the next generation of people.”

It’s no surprise that the Animal Crossing series is an all-time favourite for Naomi, but she’s a newcomer to another enduring Nintendo franchise.

“I love Animal Crossing and also Breath of the Wild. Zelda is new to me, but Breath of the Wild has solidified my alliance to that game, I’m a big fan now. I even went and got a Master Sword tattoo for it – I love that game so much! It really set the bar for open world games for me.”

As for future favourites?

“Ooh, Hyrule Warriors: Age of Calamity, because it’s the prequel to Breath of the Wild!” 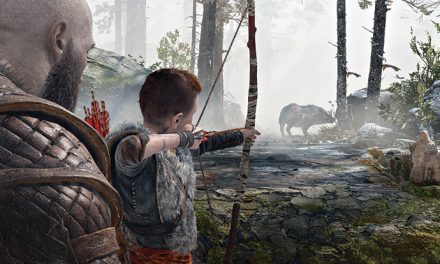 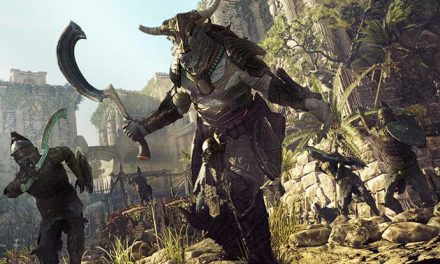