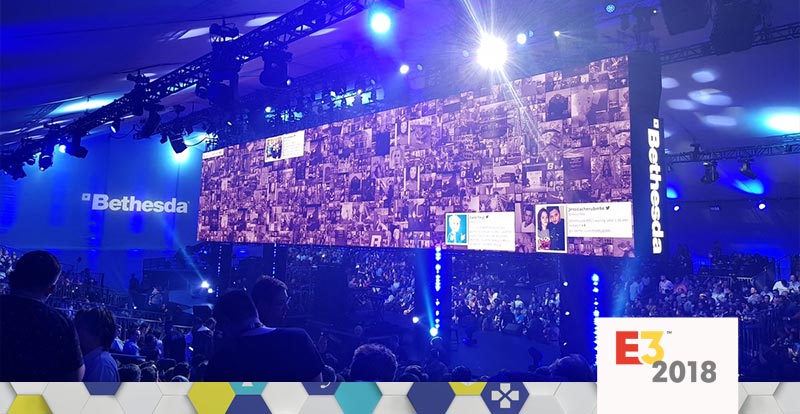 If you weren’t expecting much from the Bethesda E3 showcase then you were way off the mark, with updates on things we expected, and a number of sweet surprises.

Following an endearingly daggy introductory video looking behind the scenes at the people of Bethesda, their global VP Pete Hines hit the stage, claiming that their theme for the next year and beyond is “create”.

He then introduced Rage 2 (along with a dig at a certain entity that leaked news of it a few weeks back) before Andrew WK and band hit the stage to belt out the rather appropriate Ready to Die. Due in our autumn next year, find out more – and check out some extended gameplay – in our news piece here. 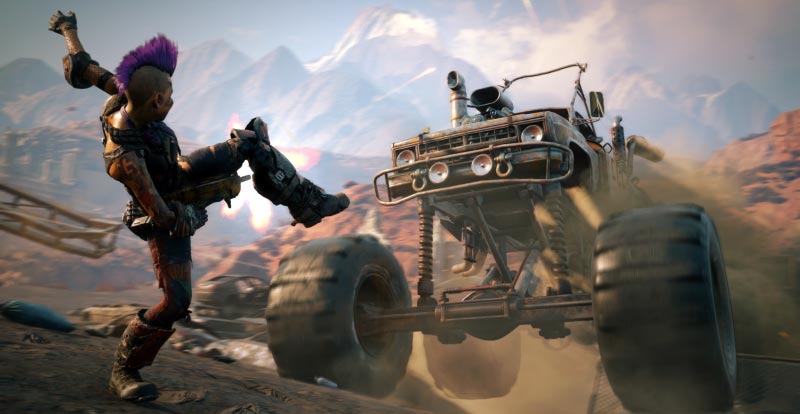 It was Elder Scrolls time next, with news that crazy-popular mobile game The Elder Scrolls Legends is being overhauled, and is bringing all of its magic, dragons and lore to PS4, Xbox One and Switch. Plus, any progress made on existing versions will be able to be moved across when it hits on those formats.

Heading over to The Elder Scrolls Online (which has apparently recently been voted MMO of the year for the third time in a row), on top of the recently released Summerset chapter came news of the next two additions. These are Wolfhunter – yes, the werewolves are coming – and, later, the grungy-sounding Murkmire.

Staying in Tamriel a little longer, a new mobile game – The Elder Scrolls: Blades – is coming this Spring for every device and system that Bethesda’s boffins can jam it into, including mobiles, consoles and VR. The best bit? It’ll be a freebie.

But wait, there’s more! In what isn’t a huge surprise, we received confirmation that The Elder Scrolls VI is in the works, but it will be a while off yet.

After something more shooty? How about a DOOM sequel? Sure! DOOM Eternal was announced, promising an even more powerful Doom Slayer, along with twice as many “badass” demons. We’re told that there’ll be more to come on this one at QuakeCon in August.

If you’re still orbiting the moon in Prey, you may be after more to do. Luckily for you a huge, free update is going down today. It brings with it three new modes – story, new game plus, survival – and, if that isn’t enough, there are two new chunks of DLC happening. Mooncrash will apparently bring the You Spin Me Round (Like a Record) by Dead or Alive, while the a-little-later-on Typhon Hunter promises us a heap of jump scares. The latter will also be getting the VR treatment.

Over where BJ Blazkowicz hangs out, while Wolfenstein II is confirmed to hit the Switch on June 29, there’s another Wolfy game on its way. Entitled Wolfenstein: Youngblood, it’s due in 2019 and keeps things in the family. How so? Well, it’s set in 1980s Paris and stars BJ’s twin daughters as the main protagonists.

Want something a bit more VR? Then keep an eye out for the forthcoming Wolfenstein: Cyberpilot.

Now finally, the one we’d all been waiting for – but no!

Talk about teasing, as instead of much-anticipated Fallout 76 news came a trailer for the Skyrim: Very Special Edition. It’s kind of an Elder-roll starring Keegan-Michael Key, and, well, just watch it. It’s fun…

NOW it’s time for Fallout 76. For all the news on that, including the release date, just pop over to our news post here. Trust us, it’s worth it. 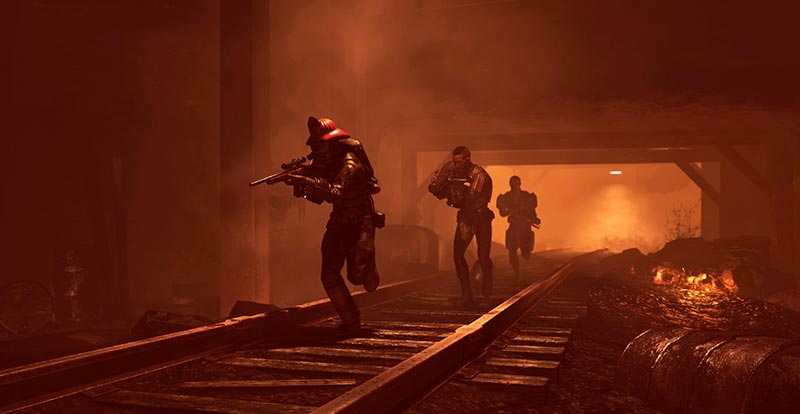 Still here? It was worth reading this far, because guess what? Mobile fave Fallout Shelter is coming to PS4 and Switch for free – and today, too!

Finally, Bethesda have been working on a new, next-gen IP that will be a single player game. Their first wholly-new original franchise in 25 years, it’s to be called Starfield, and it’ll look a bit like this…

How’s that for a line-up? Remember to stay tuned to STACK for all the news direct from our people on the ground at E3 2018. 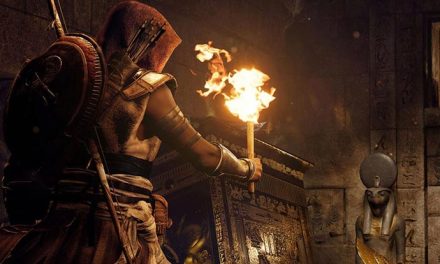 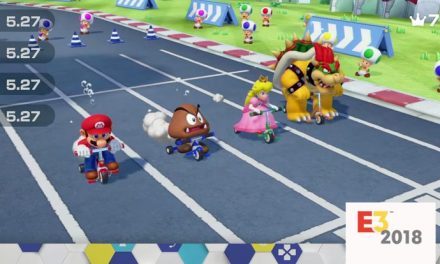 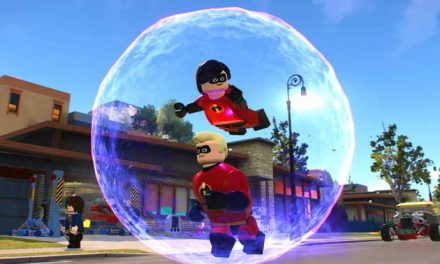 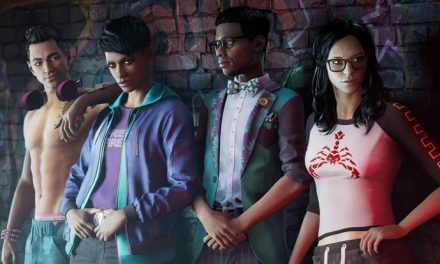 Lock up your purple, the Saints are coming – again!