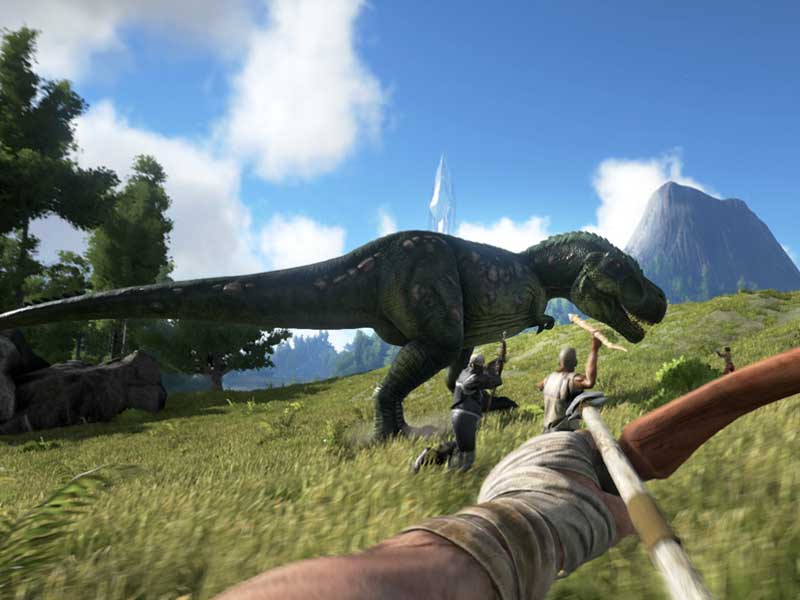 Five Star had a broad selection of titles at this year’s E3.

Thankfully, the show floor was less populated on the last day of E3 2017, allowing easier traversal for our final appointments.

First up was UK studio Rebellion, known for its Sniper Elite franchise, for some behind closed doors sessions with new IP Strange Brigade and a remastered version of Rogue Troopers.

Strange Brigade was a great place to start and a real surprise. Knowing nothing about it before we sat down with the devs, options existed to play co-op – probably the best way to experience the game – or single-player. 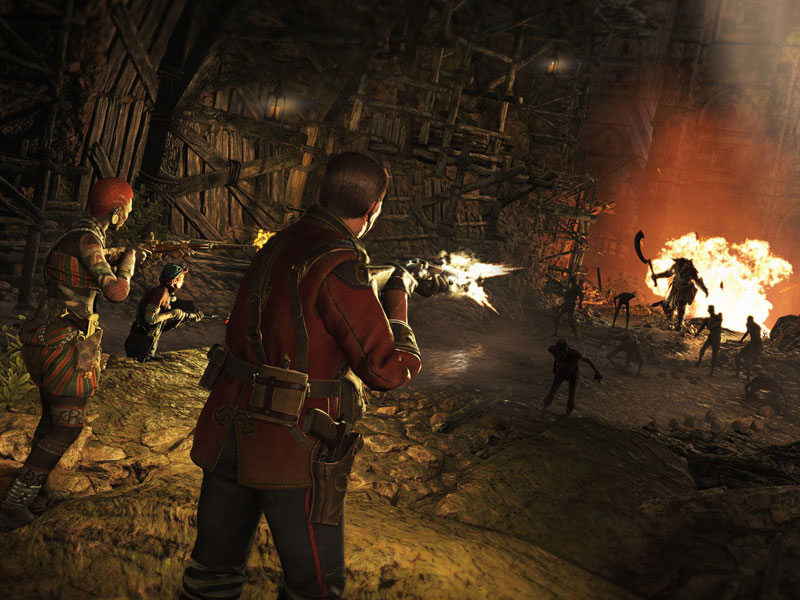 Players choose from four different characters with individual abilities. It’s a unique title with a real Raiders of the Lost Ark flavour that tasks players with negotiating a route plagued with marauding mummies and undead samurai.

There are puzzles, bosses and a fair amount of strategy to employ to defeat the endless waves of creatures armed with only a pistol and single shot rifle. You do get a special power once an icon at the bottom of the screen is charged that dispense more damage than your weapons.

It’s a lot of fun, punctuated with a humorous Pathé News style commentary, and certainly one to look out for.

Based on the 2000AD comic, Rogue Troopers released over 10 years ago, and Rebellion have reincarnated the title by giving it new coat of digital polish. The dev on hand told us the Redux is more of remaster than a reboot.

You play as Rogue, a genetically created soldier fighting on a planet destroyed by chemical weapons. It was an early build, but the third-person shooter follows a standard formulaic gameplay pattern, albeit with the Rogue story that fans of the comic series – and indeed the original game – are likely going to love. 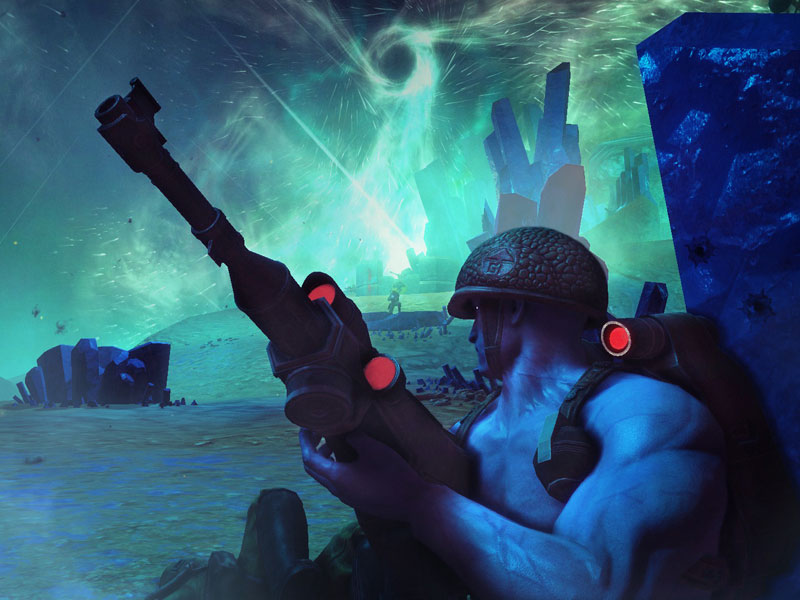 It’s a quirky game though with a good story and will also release on Nintendo’s Switch alongside PS4, Xbox One and PC.

For fans of HP Lovecraft, Cyanide Studios’ Call of Cthulhu will be a must. No hands-on, but a 30 minute theatre demo set out the studio’s approach to the game – a title that relies heavily on exploration and detective work.

The mission shown today introduced us to private eye Edward Pierce investigating a fire at Hawkins Mansion, and highlighted some of the skills and abilities Pierce possesses in his quest to uncover the truth behind the fire. The team on hand were keen to emphasise how closely they’ve kept to Lovecraft’s lore in their pursuit to honour the writer’s original vision. 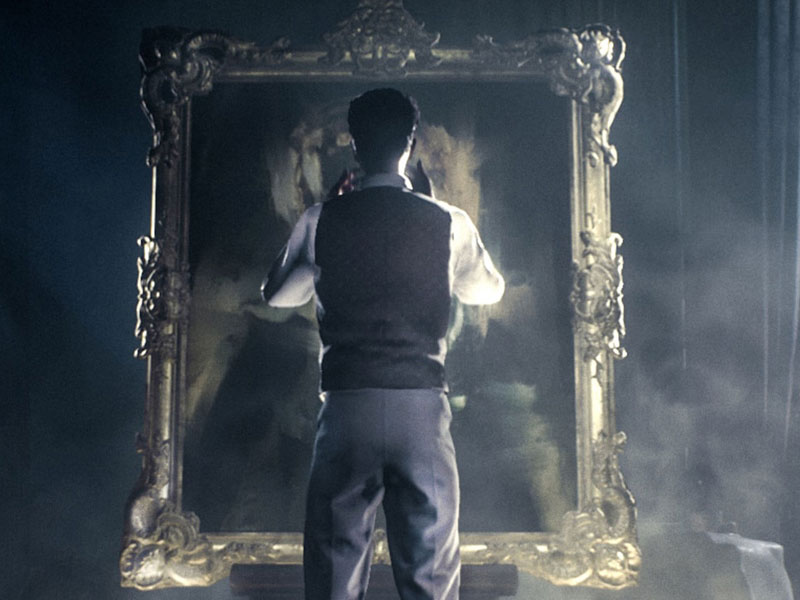 While the game is clearly in its infancy judging by the visuals, the two levels we were privy to had it all – atmosphere, action and pure Lovecraftian terror. When we asked about a release date, the devs smiled and said “When it’s ready”.

Elsewhere on the show floor, Sonic Forces is looking pretty impressive, and will be a highly-anticipated release for many who have waited a while for a main entry into the Sonic the Hedgehog franchise on consoles. It includes three different modes – even featuring a create-your-own-character mode, and is genuine, fast-paced fun.

Another game shaping up well is Total War Warhammer II – one that always had queues as far as the eye could see. The graphics are remarkable, and the opening cinematic that started our demo was beautiful. Even those who don’t normally like RTS titles will get their money’s worth out of this one.

Even if you haven’t heard of it, A Plague Tale is one you should be looking out for. Set in the Middle Ages in France, you follow the lives of a brother and sister struggling to survive in a country overrun by the Inquisition – and a lot of rats. The behind-closed-doors demo we saw showed the rats’ fear of light, and it looks like it’s going to be a very calculating and intriguing title.

One of the games on Alesha’s must-see list was Vampyr, and it didn’t disappoint. You play as a Vampyr in London, but get this – you were previously a physician, so your feeding on people goes against the oath that you swore to protect them. It’s going to play a lot on choice and consequence, and our 45-minute demo did not disappoint on the combat front, either; very RPG heavy. Keep an eye out for this one.

Next was ARK: Survival Evolved. For those who aren’t aware of it, ARK‘s premise is a blending of genres, part survival, part open-world, part action/RPG. Oh, and there are dinosaurs! It’s up to you to tame the wild beasts and survive in the wilderness, which gets a little bit bigger in August with the Ragnarok expansion. The new island is 144 square kilometres, and is the only place you’ll be able to find and tame a Gryphon; which, in the behind-closed-doors session we saw, is a must for the new map itself.

Speaking with a few of the team that worked on Survival Evolved, this new expansion comes from player feedback in the game’s early access. Balancing was something that players brought up often, and the devs have taken that into account in creating this new world. Ark: Survival Evolved hits retail August 8.

And last, but certainly not least, every man and their dog were looking for an Agents of Mayhem booth at this year’s E3 to get their greedy little hands on. This game was one of the standouts at E3 last year. If you’ve never heard of it, it’s a Volition game set in the Saint’s Row universe, and it’s absolutely insane. Each ‘Agent’ has their own unique playstyle, but it’s really one you have to play yourself to really grasp. Coming August. 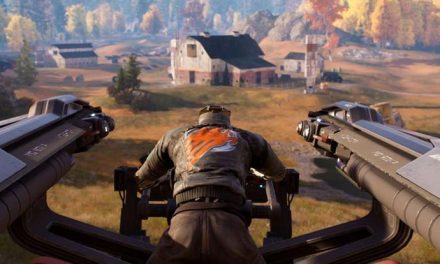 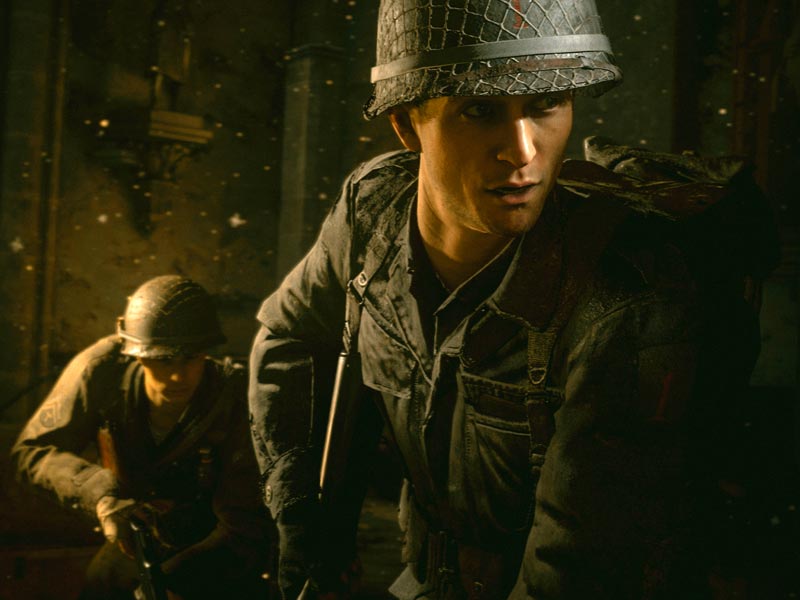 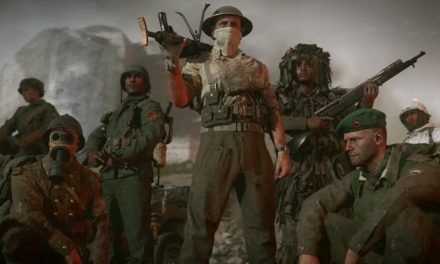 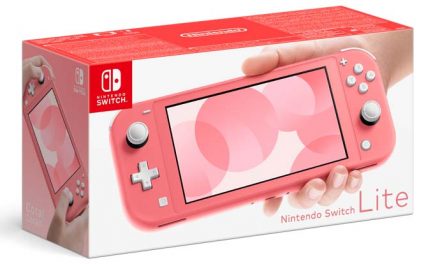