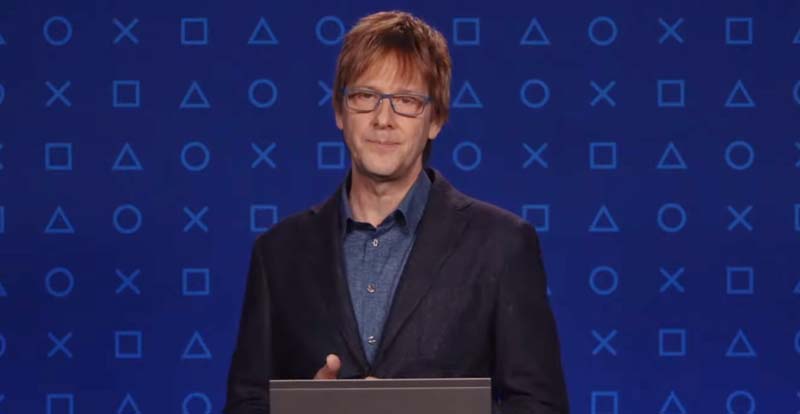 After Microsoft revealed the specs of the upcoming Xbox Series X earlier this week, Sony have said “Hold my beer” and let loose hardware details for their PlayStation 5.

The full specifications sheet looks a lot like this: 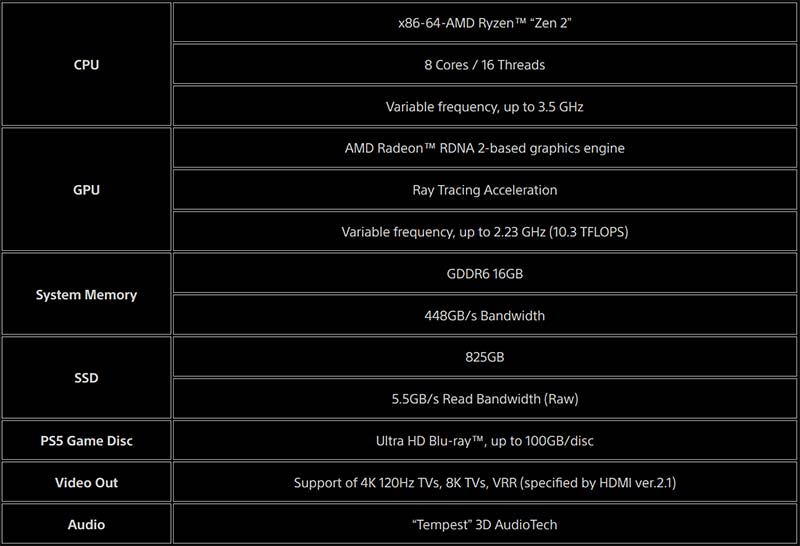 On paper most of the specs of the competing machines are fairly similar, even using the same hardware. The big advantage that the PS5 will have over the Xbox Series X will come from its speedier data transfer – roughly 100 times faster than the PS4 hard drive – with the stated aim of doing away with loading screens for a more free-flowing gaming experience. The PS5 hard drive is 150GB smaller in capacity than that of the new Xbox, but will be expandable by adding another compatible SSD drive.

3D audio – which allows placement of sounds all around the listener – is also promised.

PS4 backwards compatibility has been a big selling point so far, and of the top 100 games for the system, “almost all of them” will be playable at launch. That’s using the hardware’s boost mode to improve original performance.Sadly, there was no mention of anything in the way of the much-wanted PS3, PS2 or original PlayStation backwards compatibility.

Lead system architect Mark Cerny unleashed the details in a video earlier today. There’s a lot of detail on the technical side of things, but we still didn’t get a reveal of what the machine will actually look like.

The PlayStation 5 is currently planned for launch later this year. 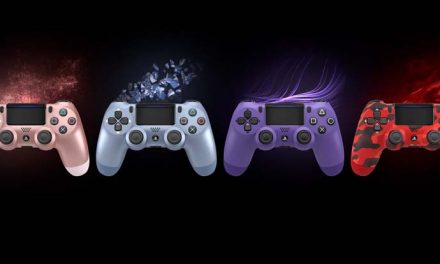 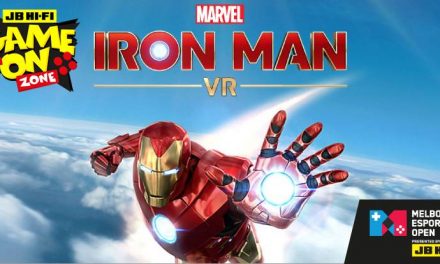 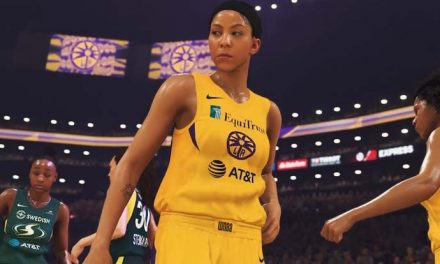 Introducing the WNBA in NBA 2K20 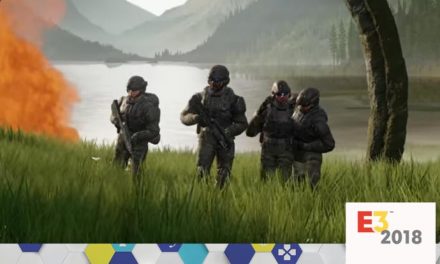