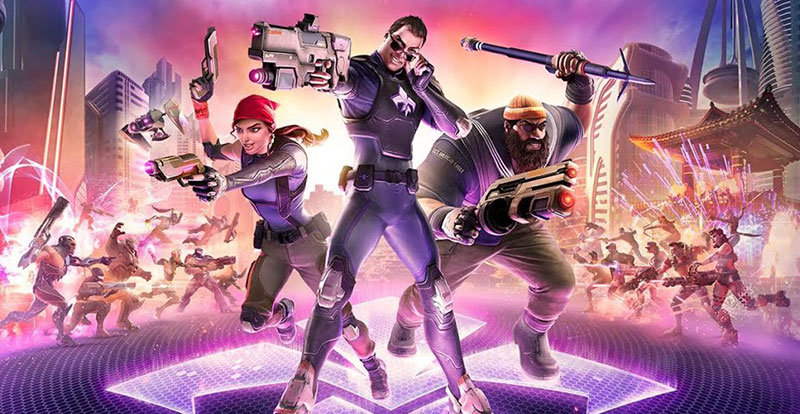 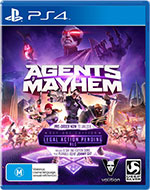 Agents of Mayhem is the latest game from the creators of Saints Row.

Agents of Mayhem comes from Volition and Deep Silver, and is set in the Saints Row universe. You play as one of 13 Agents of MAYHEM- the Multinational AgencY Hunting Evil Masterminds. You begin with three – Hollywood, Hardtack, and Fortune – and can unlock the rest through completing backstory missions. It’s a nice way to introduce you to the mechanics of each and allow you to decide who’s your favourite. Mine’s definitely Rama.

From there, new missions are unlocked in the futuristic city of Seoul, South Korea, for you to explore the town and find out what LEGION – the League of Evil Gentlemen Intent on Obliterating Nations – are up to, and eventually bring the Agency back to its former prominence. These missions usually involve heading to a certain area on a map, taking out waves of increasingly difficult baddies in the most crazy way you know how, and then moving to the next location. AoM keeps things interesting by throwing in scavenger quests, or even picking up a vehicle and driving it to a second location without getting blown up. Speaking of the driving, the handling on the cars is great, and there are even a few to choose from – one looks suspiciously like a Batmobile…

When you aren’t in Seoul, you have a base of operations known as the Ark, that houses your Armoury – where you can kit out your agents with new gadgets (more on that later), an R&D Department for tech upgrades, a Garage for your vehicles, a ‘Wreck Room’ that serves as a tiered training department, and your main hub of operations where you can access your missions. This hub also gives you access to the Global Conflict system, which enables you to assign Agents (removing them as playable characters for a short time) to other countries around the world to unlock loot and extra missions. You can select a mission to take part in or just drop straight into Seoul to wreak havoc and test out agent abilities. Simply select where you want to be, pick the three Agents you want to take into the fray, and away you go.

The key to Agents of Mayhem is its appeal to those who want to play their way. Not only do you get to carefully curate the Agents on your squad, and switch between the three at any given time, but the characters themselves are almost endlessly customisable. Each have their own set of heavily pop-culture inspired skins for themselves and their characters – as do the vehicles – and they also have a unique set of gadgets that you can swap in and out for different damage buffs/debuffs. For example, for someone like Rama who has a ‘damage over time ability’, you can pick up gadgets that boost the damage, or apply it over a longer period of time, but only if you don’t fully draw your bow. There’s always a drawback… [Ed: Don’t forget your coat on the way out].

On top of that, you can craft Gremlin Tech consumables (or find/earn them) that can be used to swing the tide in battle. My personal favourite of these is a giant ball that you pelt at people and mow them over with. But hey, each to their own. You can also craft Legion Tech upgrades from schematics found in Seoul to upgrade your Agents’ abilities. It’s how you customise not only each Agent’s loadouts, but also ones that will complement each other’s, that can mean the difference between victory and defeat.

The art and cinematic style is a different story altogether. There are varied art styles, from proper cinematic cutscenes to a more comic-style introduction to the Agents. It’s a nice quirky way to keep up interest throughout without tiring the style of drawings or art. And of course, the idol animations for the Agents when you aren’t moving are a nice touch.

As a whole, Agents of Mayhem is an enjoyable escapade through a futuristic, fictionalised Seoul that’s full of enough off-jokes to reignite your inner teenager. There’s enough customisation to keep anyone interested for hours, and that’s not to mention fully levelling up your Agents. Be prepared for mayhem. 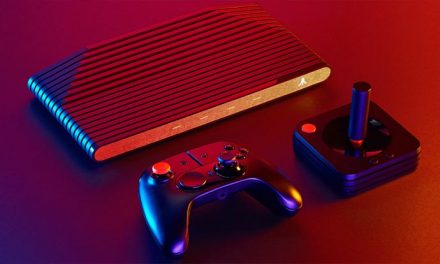 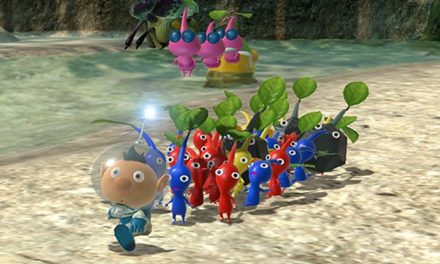 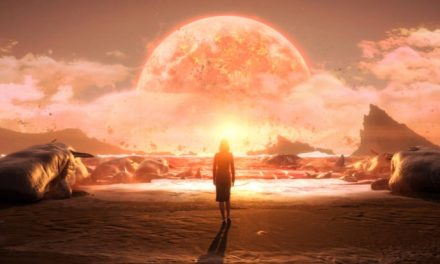