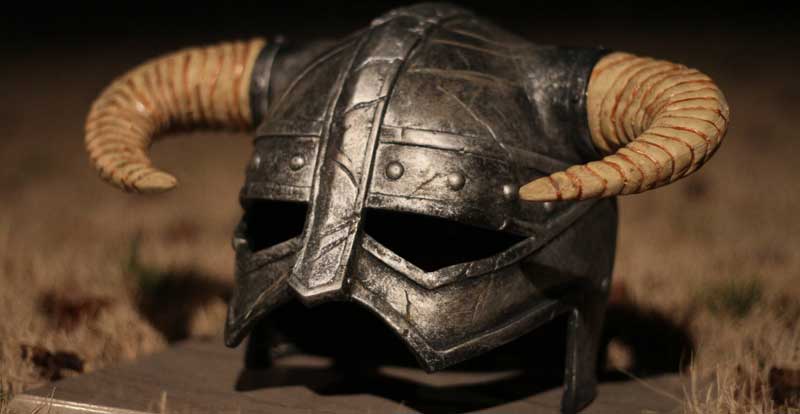 It’s a good time of year to be a Bethesda fan. The game publisher is in the midst of releasing DOOM and Skyrim on PlayStation VR and Nintendo Switch.

Don’t tell me you didn’t drop all the sweet rolls you were holding when you found out The Elder Scrolls V: Skyrim was coming to Nintendo’s ‘new’ hybrid console. That’s right – Skyrim has made its way to the Switch. The Switch version turns the Joy-Cons into motion controllers, and this is enough fun to validate portable Skyrim in itself. You can use the Joy-Cons as your left and right arms in-game; for example, you’d be drawing an arrow in a bow as if you were actually holding one.

One downfall is the draw distances on TV when the Switch is docked, with mountains and trees in the background only rendering when you get closer. Nevertheless, now that you can be the Dovahkiin anywhere, the least likely place you’ll be using it is at home on the couch.

As we mentioned, you can control the Dovahkiin’s movements with the Joy-Cons, and the configuration never really seems out. The most important part, however, of this Skyrim port to a Nintendo console is the amiibo compatibility. You’ll no doubt have seen the announcement trailer from E3 that shows our protagonist running around dressed as Link and carrying a Master Sword, and there are more surprises waiting for you in-game. Portable Skyrim (or Pocket Pickpocketing) is a must-buy if you own the hardware, especially considering the Switch version has all the DLC too. Jump in.

DOOM has also come to the portable pastures of the Switch. It may seem strange to some that such a gritty and brutal game has made its way to a Nintendo platform, but it does serve as an example of exactly what the new hardware can do when put through its paces.

The one fault of the port is noticeable frame rate drops, for periods of up to 20 seconds. However, they are infrequent, and we only noticed it happen maybe three or four times throughout the whole campaign playthrough. Aside from that, you’re getting a pretty accurate recreation of 2016’s DOOM on the Switch – in portable form, no less. It’s never been more fun to slay demons on the run.

DOOM’s release on Nintendo’s handheld paves the way for future high-powered third-party releases on the device, and truly shows what the hardware is capable of.