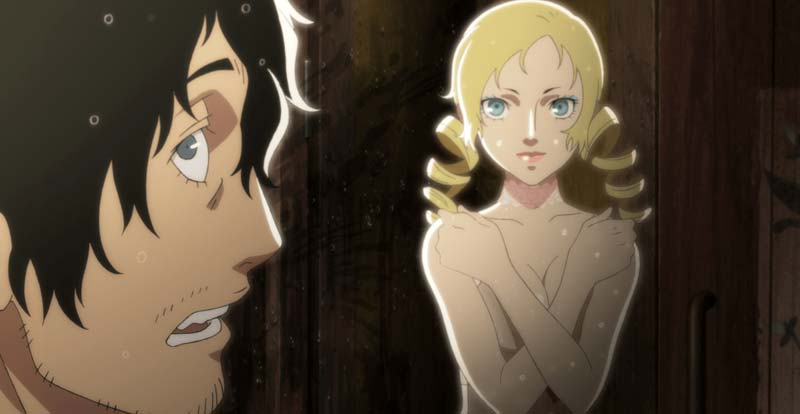 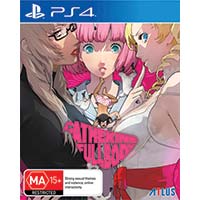 An emotionally-stunted 30-something male, three variations on the name ‘Katherine’, boxes, sheep and rocket-powered confessionals. Still with us? Well then, say hello to Catherine: Full Body!

“That man is in pain and he’s shouting so loud. There’s a space all around him, a space in the crowd. He is holding his head like it’s gonna explo-o-o-o-o-de… It’s part of a new meaning, from deep in his soul-oh-oh-oh-oh-oh-oul. It is only for sheep. Yeah! When you’re awake you’re a sheep. Yeah!”

Sorry Messrs The Bureau, but you messed up. You’re not all ovine and stuff when awake, rather when you’re asleep. Just ask perma-gapey Vincent Brooks, our protagonist in Catherine: Full Body, an update of the refreshingly original 2011 adult-oriented tale of infidelity, consequences and, as we’ve already established, boxes.

Essentially a visual novel without much in the way of the novel-reading stuff, so really more of an episodic collection of elongated – and quite stunningly anime-styled – cutscene interludes punctuated by outbreaks of boxy puzzle action, we learn of Vince’s fear of the ‘m’ word (that’s ‘marriage’, guys), and how a combination of confusion, alcohol and his dangly bits gets him into a whole heap of messy Katherine versus Catherine versus Qatherine mishegas.

How so? Try falling dreams in a puzzle-encrusted nightmare world called, erm, the ‘World of Nightmares’, whereby if playing on a normal difficulty or above Vince goes ‘ARGHHHH!’ then he’s dead for good (barring extra lives courtesy of woobie pillows). There are also sheep – lots of sheep. Yes, these dreams seemingly are only for sheep – some sort of penance overseen by cheated-upon women. Yeah, right-on, sisters! 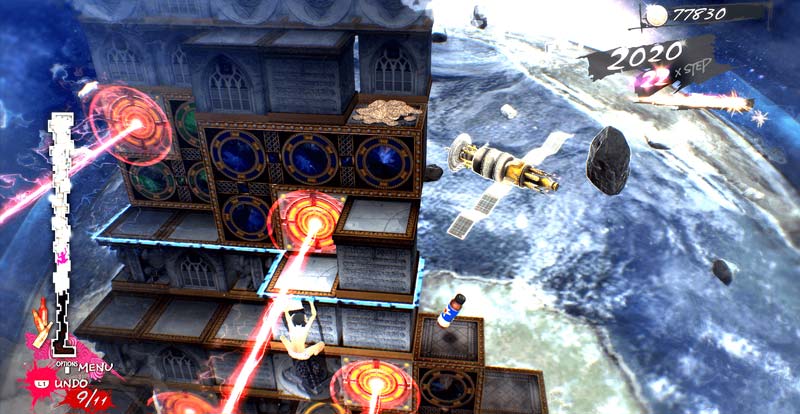 Game-wise, these puzzle bits are kind of Q*Bert meets Sokoban via Crazy Climber, pushing and pulling at different evolving block towers through challenges with increasingly disturbing adversaries hampering your progress – as well as harder to navigate box types gradually being introduced should you exhibit the moral fortitude to actually successfully advance through many, many a boxy stage. These require a need for speediness as well as strategic nous – and patience in RPGish chatting with sheepish locals.

More than just the original game tarted up, Catherine: Full Body adds to the experience, from the trivial such as extra jukebox tunes to the significant, like the inclusion of a wholly new character in Rin – aka Qatherine (getting a tad stretchy in the spelling stakes, huh?) The original was also insanely difficult, and a nod to this has been, erm, nodded in the addition of a ‘Safety’ mode so that those who wish to experience the story without all of that brain-hurty puzzling stuff can trundle through in cruise control mode.

“Despite a certain sleaziness, Catherine: Full Body really is quite wondrously batspitcrazybonkers.”

Additionally, there are multiplayer modes, as well as the return of (mostly) story-free, box-wrangling ‘Babel’ modes, where you aim to score something other than somebody named Katherine, Catherine or, indeed, Qatherine.

While dealing with themes that we don’t often encounter in video games – relationship issues, life questions, whether that sheep is looking at us a bit funny-like – Catherine: Full Body, like its originator, does skate into some iffy territory at times – especially if you care about LGBTI issues. Hailing from the Persona people it’s possibly to be expected, but this is a much more adult-oriented experience than the mostly high school happenings offered by that series of games.

Bigger picture-wise, however, any such off-putting, stereotype-perpetuating events are in context with the mindset of our protagonist, who is, initially at least, essentially a clueless manchild. Through much introspection, drama and, of course, shuffling of boxes, however, there may just be hope for Vincent. So, which of many an ending will you first guide him to?

Despite a certain sleaziness, Catherine: Full Body really is quite wondrously batspitcrazybonkers. Less patient types will find it a tad repetitive, while others will dig the increasingly boxier challenge of what truly is a puzzling bizarre love quadrangle. 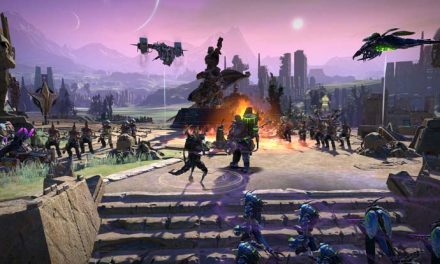