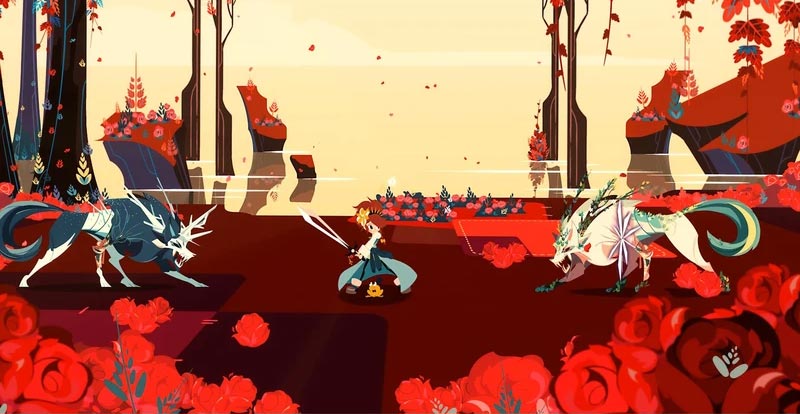 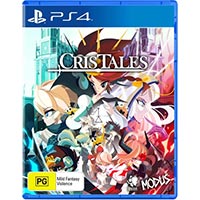 Combining classic JRPG game design with sublime hand-drawn graphics and animation, Cris Tales is going to push all the right nostalgia buttons for many.

If we had a dollar for every time a game, movie or TV show was described as a “love letter” to its most direct influences, we’d easily have… well, at least enough to buy a copy of Cris Tales, which has been described by its development studio Dreams Uncorporated as a love letter to both classic Japanese RPGs and the more modern variations on them.

In itself, that’s not surprising, as JRPGs have a huge, devoted following for their melding of rich storytelling, stylised artwork and turn-based combat, and Cris Tales is far from the first to try something that feels both new and familiar in the genre. The surprising thing here is that the developers are a tiny indie studio based in Colombia, a country that’s (perhaps a little unfairly) better known for Pablo Escobar’s escapades and Shakira’s euphoric pop songs.

It’s clear from the moment that you fire up Cris Tales, though, that this is a game made by developers who are not only obsessed with JRPGs, but who also have a remarkable eye for animation and design.

In Cris Tales you play Crisbell, an orphan girl who is sent on a quest to collect a rose for her orphanage’s overseer. On her travels she encounters well-spoken talking frog Matias, who introduces her to time mage Willhelm, and Crisbell learns of her ability to see through time – past, present and future. Soon, she will head out on a great adventure, with the power of the cristals (there’s your title!) to aid her in combat.

This basic but nicely done tutorial sets up both the tone and the mechanics of the game. For the most part, this isn’t a dark delve through worlds of evil and doom – instead, the tone is kept as light as the beautifully drawn animation. Everything in this game is 2D – characters, backgrounds and objects, to the point where it feels like you’re playing an interactive story book rather than a video game. In a world where 3D animation and environments are being pushed to the limit and beyond, this actually feels like a refreshing new experience, even though it’s obviously referencing the earlier, less “realistic” days of JRPGs. It also means that the game’s installed size is tiny by modern standards, coming in under 4GB – a perfect size for the Switch, where it will likely feel most at home as a game that feels made for portable play (but which still looks brilliant on a 4K TV!) 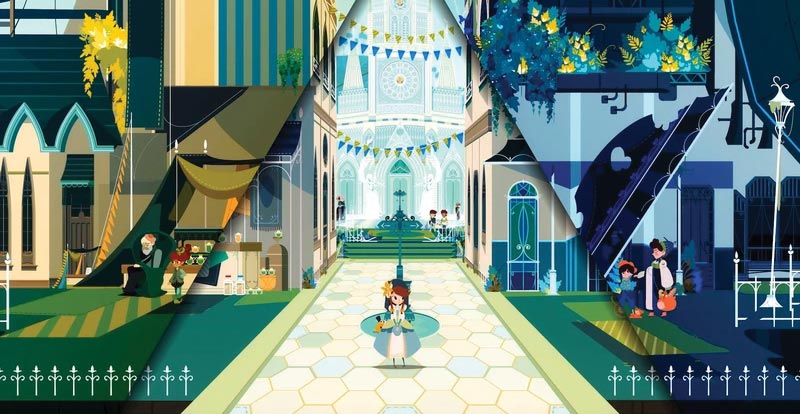 The various towns and locations are connected by “overworld” areas, and it’s the frequent need to travel between areas (and even sub-areas in some locations) that makes this one a little bit slow to navigate through on a hard disk-based console. We didn’t get the chance to play on PS5 or Switch, but this is a game that will definitely benefit from solid state storage.

As you progress through the inventive, often amusing story, you’ll encounter a lot of turn-based fights where Crisbell and her allies can leverage their many abilities (and sometimes change the future in the process!) Clearly inspired as much by Persona 5 as the old-school classics (the combat menu graphics look almost identical), the combat is… okay, we guess, but feels a bit unengaging and way too frequent, with that spark and flair seen in other turn-based games largely missing here. This is a game that feels like it’s more about story than combat – which is why it’s mystifying that there’s no difficulty setting available at all.

The overarching time-influencing mechanic is brilliant, though, represented in game by the screen literally being divided into multiple zones, so as Crisbell walks through a town you can see, in real time, completely different art and characters on the bits of the screen that show the past, present and future. It’s the time-jumping elements of the game that give it a unique personality, with those time mechanics cleverly woven into the story.

Ultimately, if the idea of a turn-based JRPG with tons of heart and gorgeous hand-drawn graphics sounds like what you’ve been looking for, Cris Tales is well worth picking up. It does lean a little too heavily into fairly middling combat scenarios, though, and there are some harsh difficulty spikes with no way to tone them down if you’re stuck. But for those who relish their blow-by-blow combat mixed with rich, colourful and optimistic story, this visually lovely game is very much for you.

Cris Tales is available now on PS5, Switch and PS4. 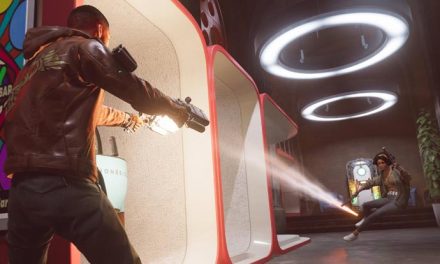